Sonoma has had a long history of wine production since the first grapevines were planted in 1812. Missionary Padre Jose Altimira planted thousands of vines at Mission San Francisco Solano, the modern city of Sonoma, for religious reasons back in the 19th Century. In fact, cuttings from Sonoma mission vineyards reached Northern California, to start new vineyards. When the United States annexed California in 1854, wine grapes were part of Sonoma’s agriculture.

After the end of Prohibition in 1933, there were only 50 wineries in Sonoma County. However, as wine consumption in the United States grew, by 1999, Sonoma had more than 750 grape growers and at least 180 joint wineries. The major winemaking zones (appellations) in Sonoma are Alexander Valley, Dry Creek Valley, and Russian River Valley.

The Best Winemaking Zones in Sonoma

Located along the Russian River, the Alexander Valley is very densely planted. This is one of the oldest wine-making areas in Sonoma because viticulture has existed there since the 1850s. Alexander Valley wines are famed for their being approachable, reliable, and rich. Cabernet Sauvignon is the star grape variety of the area, noted for chocolate notes, medium-to-full-body, and a warm, sweet mouthfeel.

The Dry Creek Valley might not be as famous as the Alexander Valley, but it has significant Zinfandel production. Many wine experts consider it one of the greatest winemaking regions of Sonoma and the United States. As to the Russian River Valley, it stretches along the southern part of the Russian River.

Approximately one-sixth of Sonoma’s vineyards are planted in this appellation, with 79 wineries operating. Renowned for its success with cool climate varieties, Russian River Valley produces world-class Pinot Noir and Chardonnay. If you find yourself asking what is the best Zinfandel in Sonoma, read on:

An Old Vine Zinfandel, brimming with elegance, mouthwatering acidity, and a long, dynamic finish: the best Sonoma Zinfandel! Opening with a nose of briary raspberry, blackberries, and peach aromas with touches from garrigue, sweet spices, and cinnamon stick, Seghesio Old Vine Zinfandel has a surpassing bouquet.

On the palate, earthy notes mingle with a frame of dried violets, apricot, pineapple, and strawberry tastes. Notes of blueberry, licorice, pepper, and cedar define the lengthy finish, as the racy acidity offers freshness. This is an exuberant, beautiful Zin, perfect for enjoying again and again.

The Seghesio Family Vineyards winery is considered one of the most respected in the United States. They have been cultivating Zinfandel vines for over 120 years in Sonoma County. Sure, Zinfandel’s popularity has declined over the years, but that doesn’t mean that the people behind Seghesio don’t remain committed to producing some of the world’s best Zinfandels. Thankfully, their passion for making good wine remains fierce.

Starting with an attractive deep garnet-red color, Ridge Vineyards Three Valleys is an engaging Zinfandel blend and one of the best Zinfandels in Sonoma. As the bottle is uncorked, distinctive aromas of cherry, raspberry, mint, orange blossom and cinnamon emerge, joined by subtle touches of wet soil. In the mouth, juicy cranberry, blackberry, and bay leaf flavors are present, producing an elegant texture.

Meanwhile, pepper, smoke, and Asian spice notes combine with sweet tannins for a delicious but balanced style that is irresistible. A long, persistent finish concludes the tasting profile dynamically. Ridge Vineyards Three Valleys is a robust wine, ripe and structured. Enjoy it over the coming years at a barbeque, where grilled meat is the center attraction.

Established in 2001, Ridge Three Valleys has a history of producing hand-harvested wines. They crush and ferment their wines on native yeast, enabling the malolactic bacteria to soften the wine. This process adds flavors of brioche bread, cream, and butter to the mix. In a way, Three Valleys reflects careful blending and passionate wine production. The prime grape of their blends is Zinfandel, but they also employ Carignan to bring acidity and vibrancy, and Petite Syrah for spiciness, tannins, and color.

A Zinfandel blended with Carignane and Petite Syrah results in a complex, medium-to-full-bodied Rhone-style wine. This wine shows ample black and red fruit on the bouquet, as notes of blackberries, blueberries, and cherry cola make an immediate impression on wine enthusiasts.

The palate sees smoky hints and nuances of cocoa, vanilla, charred oak, and plums. In addition, the mouth manages to find a perfect balance between maturity and freshness, finishing with a long and fruitful aftertaste. As to the tannins, these are smooth and silky and add characteristic depth and elegance.

Trentadue has a long reputation in Sonoma winemaking. In fact, the people behind the winery arrived in Sonoma way before the region gained popularity as a winemaking area. On an interesting note, in 1959, the Trentadue family fled from developers encroaching on their orchards in Sunnyvale.

Today, this same area is known worldwide as Silicon Valley! The Trentadue family moved their base of operations to Alexander Valley, and since then, they have stayed true to the commitment of producing vintages that are unrestricted and expressive of the terroir.

Here we have another awesome Zinfandel wine example from the Seghesio winery. This time, the wine has pronounced aromas of sun-ripened blackberries and cedar, as well as a rich, jammy palate of blackcurrants, blackberries, and plums.

Needless to say, this Seghesio Sonoma Zinfandel is superb every time. To put it differently, every vintage is a prime example of the passion that underpins Seghesio. The bouquet presents touches of cedar, sage, and blackberry, as well as baking spices. The palate is jammy with fresh red and black fruit, hints of white pepper, and dusty tannins. The finish is silky and lingering. Fantastic!

With a structured body and a jammy character, reminiscent of baking spices and blueberry pie, Bear Flag Zinfandel is one of the best value-for-money Zins on the market. This Zinfandel is absolutely full to the brim with a waxy, creamy texture, notes of vanilla spice, and cherry.

As soon as it reaches the nose, aromas of red berries emerge, as well as blackberry pie, pepper, tree bark, and potpourri scents. Velvety and jammy, this wine is spicy with a rich mouthfeel and a long finish. It is also packed with mineral and earthy sensations. The tannins are dusty, and the acidity is moderate, offsetting the oakiness.

The inspiration behind this wine came from the history of American settlers who fought for their independence in 1846. The Bear Flag of victory was raised in Sonoma County and is a source of great pride. Bear Flag Zinfandel has been created, in an attempt to follow the footsteps of these pioneers, and break free from expectations set in the last decades. The wine is hand-created by Aaron Piotter, head winemaker at the Bear Flag winery and a passionate advocate of the Californian wine industry.

Known as “The King of Zin,” Kent Rosenblum, founder of Rosenblum Cellars, produces high-quality Zinfandel wine from underappreciated grape-growing areas of Sonoma. He prefers to source fruit from families that have grown grapes for generations, passionate growers who work tirelessly to cultivate the best possible berries. Rosenblum Cellars is committed to crafting and delivering sumptuous wines, such as this excellent Zin!

As its name suggests, Rattlesnake Zinfandel is a tribute to Rattlesnake Hill, the highest point of Sonoma’s Monte Rosso Vineyard. Renowned for the rattlesnakes nestling around the grapevines, the serpents are on the lookout for ample sunshine during the day and the cool, refreshing temperatures at night.

Aged in new French and American oak barrels, Rattlesnake Zinfandel shows pronounced aromas of explosive and jammy red and dark fruits. In addition, kirsch, pineapple, and blackberry pie notes complement nuances of cinnamon, spearmint, and dried roses, giving substance to the complex bouquet. Spicy and rich on the palate, the wine has a velvety texture and unparalleled freshness, interlaced with raspberry, cedar, and earth flavors. The finish is round and minty, with touches of sweet berries, while the tannins are firm but plush.

Grapes Cultivated Next to Rattlesnake Nests

This is a beautiful wine with depth, structure, and persistence. Exhibiting uncommon intensity, Turley Fredericks Vineyard Zinfandel is hands-down, fantastic, and is one of the best-selling Zinfandel wines in Sonoma, too. The wine starts off with deep ruby-purple color as it slowly unfolds aromas of apricot, aniseed, blackberry, and tar.

On the palate, a grainy, vibrant frame of pepper, chocolate, and sweet tobacco blends with notes of blueberry, plum, and cherry. The aftertaste is soft and raisiny, as figs and prunes combined to satisfy the back palate. Regarding the tannins, these are smooth and well-integrated with the earthy structure. As a last note, Turley Fredericks Vineyard Zinfandel is highly acidic but balanced.

Advocates of Sustainable and Organic Viticulture

Turley Wine Cellars is dedicated to organic and sustainable viticulture. The winery focuses on Old Vine vineyards to preserve California’s winemaking culture. This notion is prevalent in Turley Fredericks Vineyard Zinfandel, which brims with depth and flavor concentration.

Produced from head-trained vines cultivated in a historic 137-year-old vineyard, Kunde Reserve Zinfandel Century Vines showcases delicate red and black fruit aromas and flavors, with hints of baking spices and mocha. Lush and concentrated fragrances of cherry, raspberry, and plum emerge on the nose as they drive to the equally rich palate.

There, jammy blueberries and figs support a frame of cinnamon, vanilla, and dark chocolate flavors, accentuated by earthy, mineral, and nutmeg tones. At the same time, the savoriness is pronounced, finishing in a lengthy, mocha-influenced aftertaste. Without a doubt, this Zin is meant for aging. Decant it before serving.

The Kunde family planted their first vineyard back in 1882. That makes the family one of the first wine producers, not only in the Sonoma Valley but in the United States, as well, which is quite a feat. Producing wine from such old vines is a rare treat. As such, the winery acknowledges that the grapes must be handled with the utmost gentleness. In fact, there are very few vines that have the steadfastness to produce such an incredible product as Kunde’s Century Vines Zinfandel.

With sweet berry aromas and a dynamic, dark palate packed with savory and charred wood elements, Martinelli Jackass Vineyard Zinfandel is a powerhouse. Unsurprisingly, therefore, it is also one of the top-rated Zinfandel wines in Sonoma. Juicy berry aromas and a dynamic palate of dark fruits combine with savory and charred wood essences to produce this premium Zinfandel.

This is a captivating wine that opens with fragrances of peaches, apricots, and potpourri. These aromas are followed by nuances of smoke, violets, licorice, and honeysuckle, adding depth and complexity. The mouth is luscious, with savory elements dominating. Cedar, smoke, leather, sweet tobacco, and cinnamon spice, join the dark fruit core before finishing with a wave of Asian spices. For the best flavor, do not drink before 2030.

Growing grapes since the 19 Century, the Martinellis have a rich history in winemaking. They abide by a strong work ethic and consider the terroir as a way of life. Their Zinfandels are crafted with the finest fruit cultivated on the steep terraces of the Jackass Vineyard, Sonoma. Finally, the Martinellis are not only wine producers but also wine grape merchants. They sell about 90% of their grapes to other local wineries.

These are arguably the best Zinfandel wines of Sonoma County. Some were produced by relatively newer wineries, while others were crafted from veterans, with a winemaking experience of over 130 years. In every case, there is a Zin for every wine enthusiast. If one thing is guaranteed, it is that all of these wines are delicious and expressive of Sonoma’s distinctive terroir. 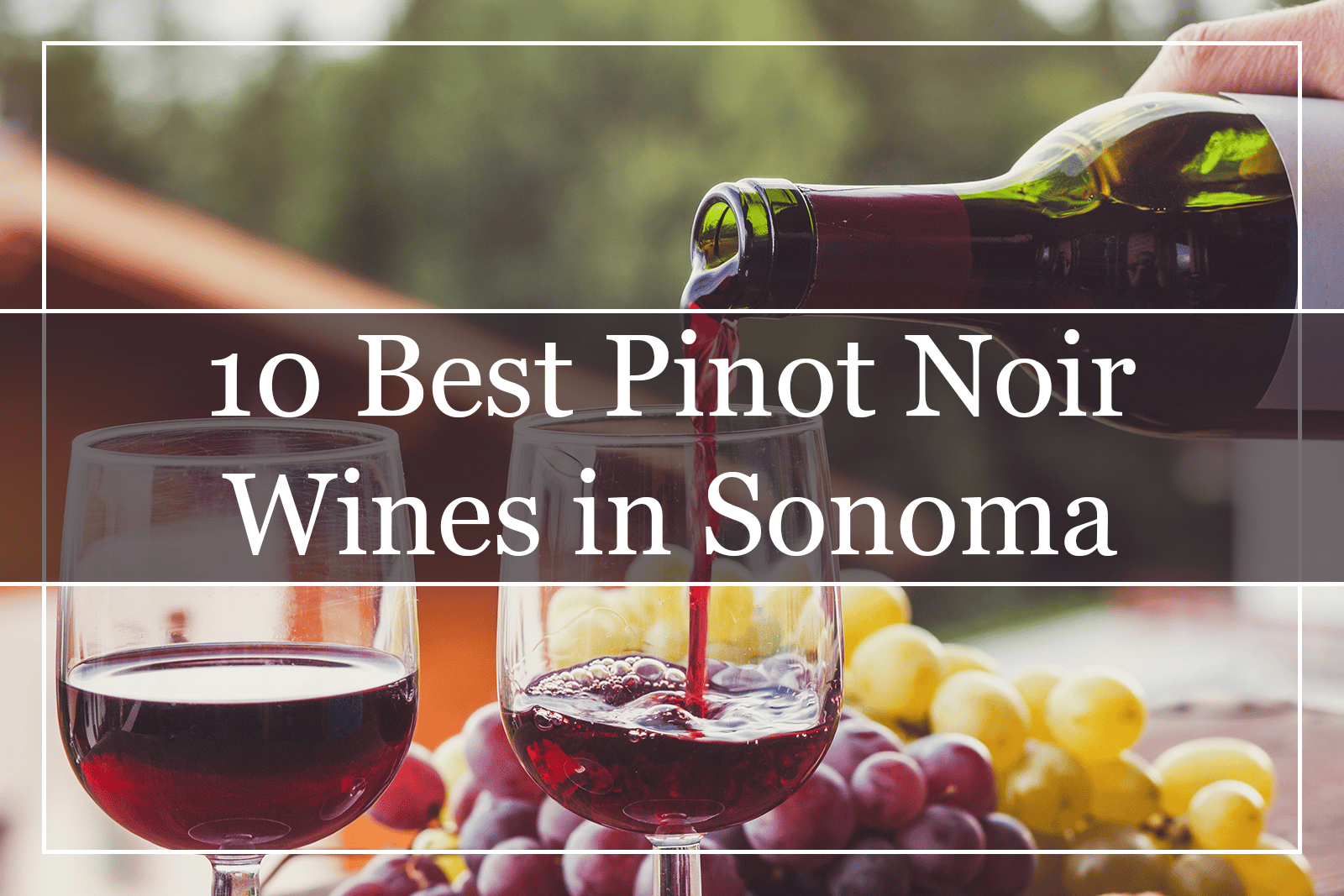 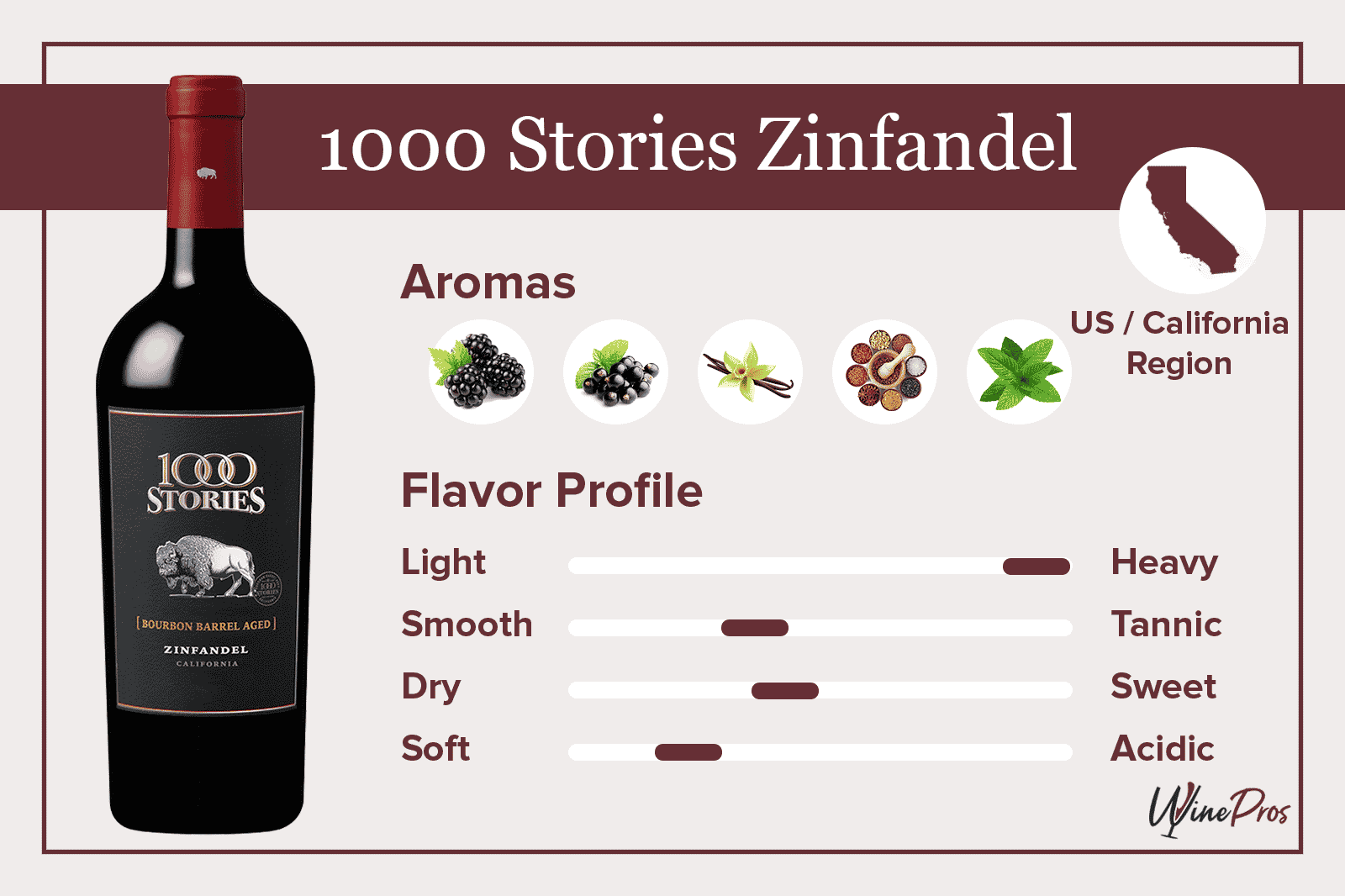 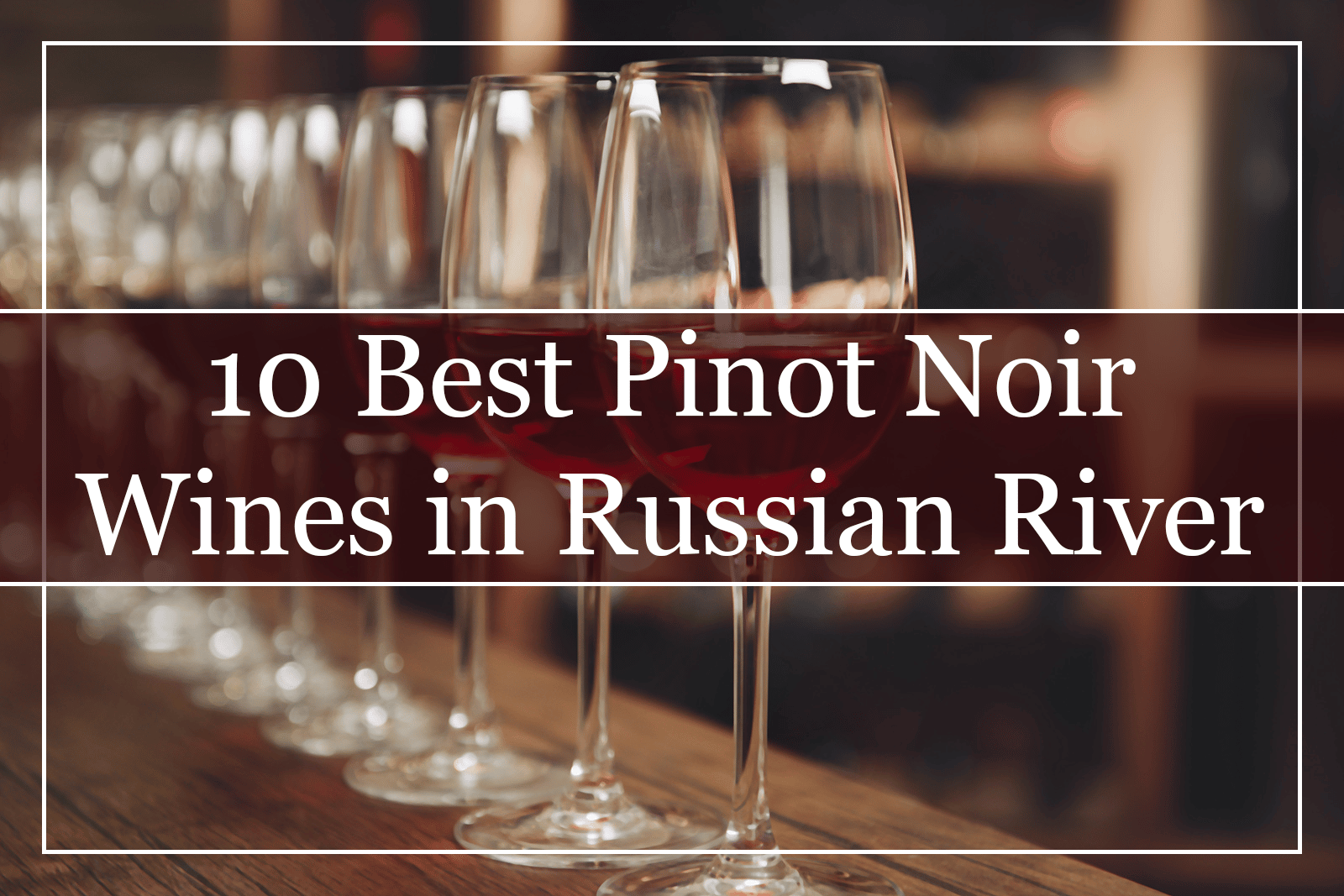 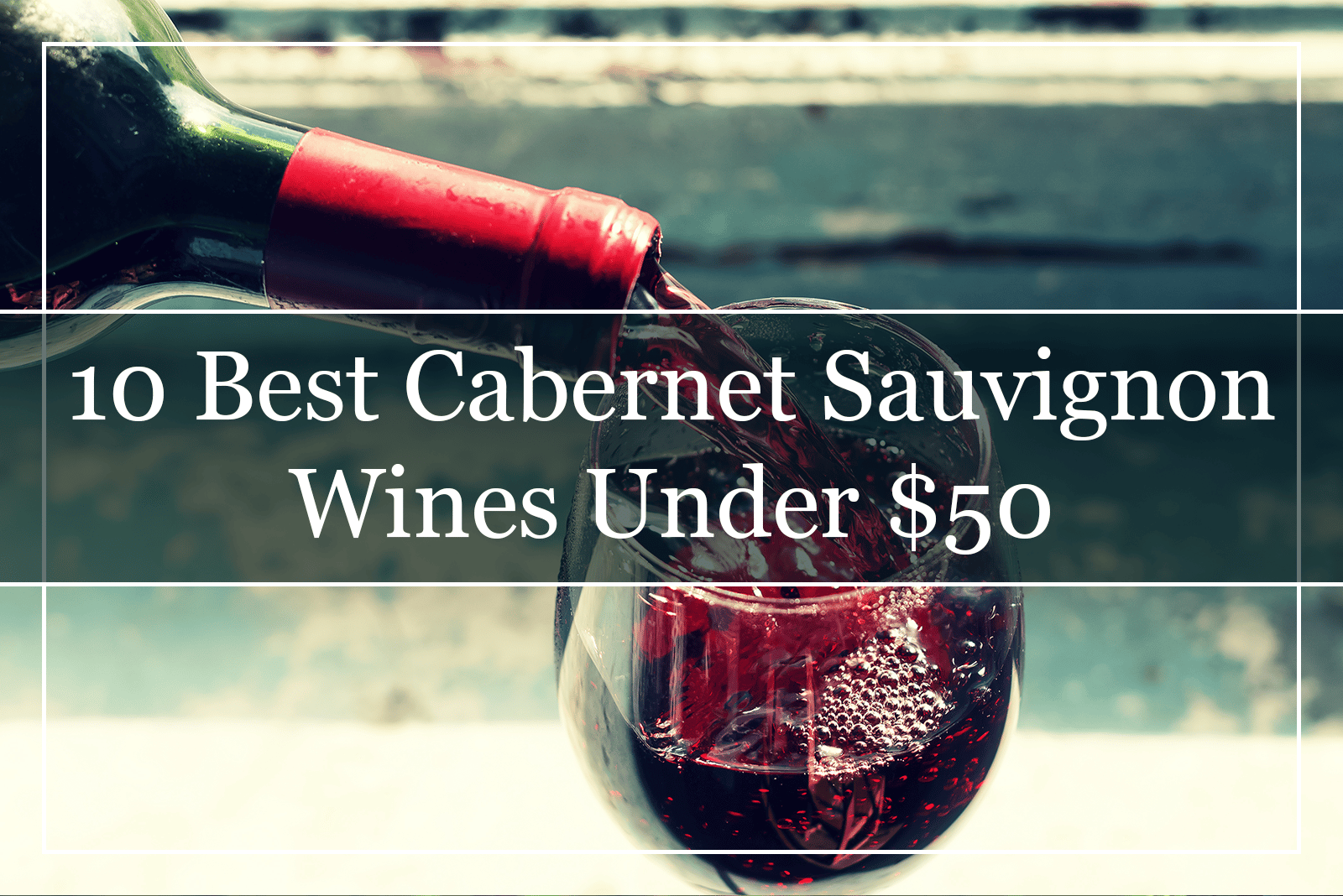 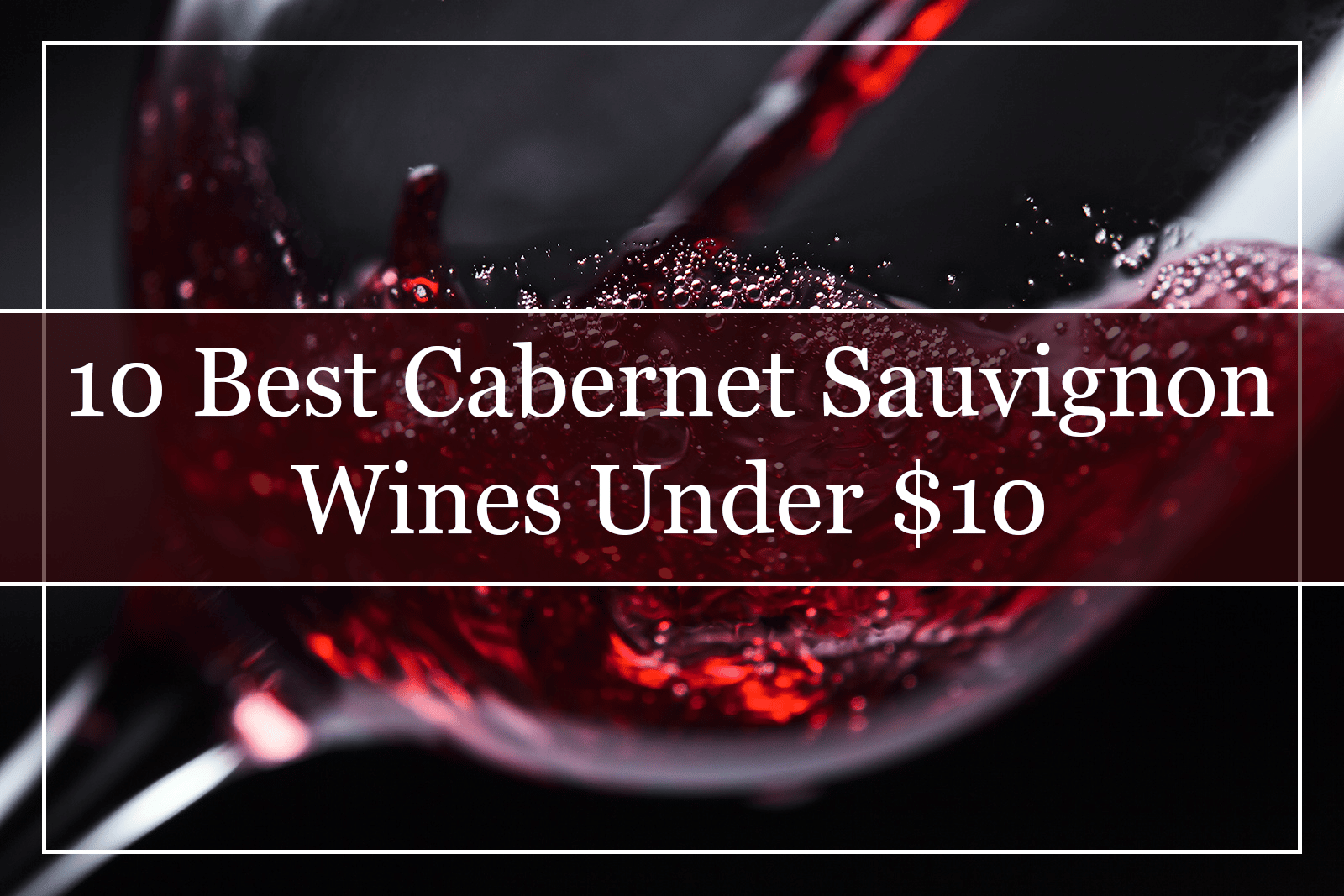 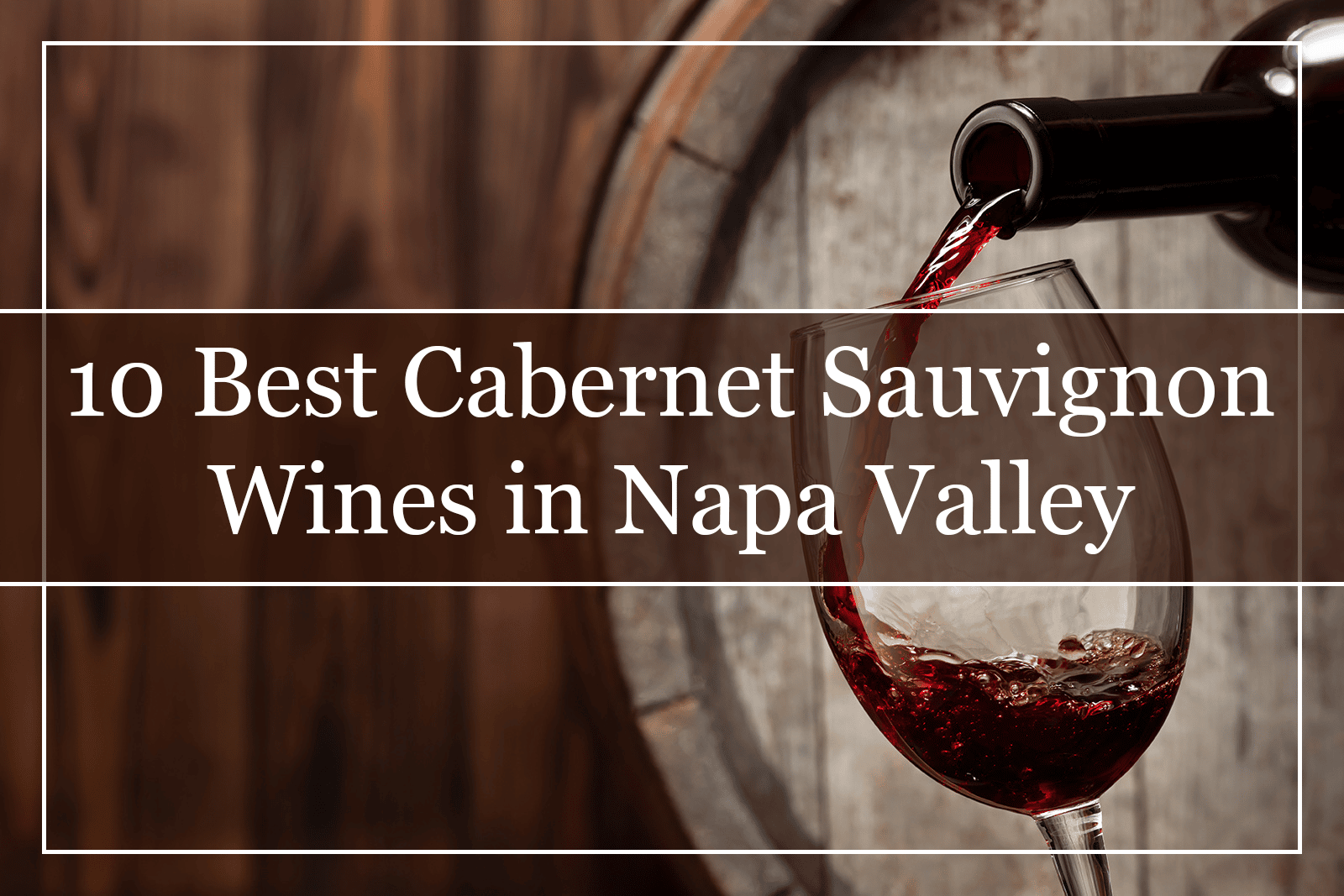