A cross between Cabernet Franc and Sauvignon Blanc, Cabernet Sauvignon is a popular red grape variety. Native to Bordeaux, it gives wines renowned for their boldness, flavor concentration, and aging potential. Cabernet Sauvignon has spread to almost every winemaking region in the world.

In fact, it is one of the principal grape varieties of New World wine-growing countries, such as the United States, Australia, and Chile. Yet, no matter where Cabernet Sauvignon wines come from, they exhibit deep color, a fine tannic structure, and notes of dark fruits, tomato leaves, and tree bark.

Cabernet Sauvignon is frequently used in blends, too. For this reason, it has a great number of blending partners, with the most prevalent being Merlot and Cabernet Franc. Except those, however, Cabernet Sauvignon combines with Petit Verdot, Malbec, and Carménère, to produce the famed Bordeaux Blend. It also gives powerful Shiraz blends in Australia and Tempranillo, Spain’s leading red blend.

Considering how expensive some high-end Cabernet Sauvignons are, finding one with a decent amount of complexity at the price of $10 seems like a long shot. And it might be, indeed. That said, do not get discouraged, as they are several value-for-money gems. In this list, we present the top Cabernet Sauvignon under $10. Therefore, to find the best affordable Cabernet Sauvignon, read on!

On the palate, the complexity continues. Flavors of juicy plums, blackcurrants, strawberries, dried figs, and prunes combine with pleasant toasted oak components to create the warm mid-palate. Velvety tannin contributes structure and smoothness as it drives into the lengthy aftertaste.

From Grape Growing to Winemaking

Ironstone Vineyards was established by John Kautz, a crop farmer from Lodi who envisioned a future of grape growing. He started with 12 acres in 1948 and has built a reputation as a premium wine grape supplier. He quickly amassed over 5,000 acres of grapevines in Lodi and the Sierra Foothills, becoming one of the top ten wine grape growers in California. In 1988, however, he and his family decided to create their own wine. The result? The production of exceptional wines of unparalleled quality, approachability, and value.

Medium-bodied, in the mouth, the wine exhibits tastes of cherries, plums, prunes, and green tea, as well as subtle notes of chocolate, coffee, and a campfire. The tannins are smooth but muted, for the most part, while the finish is long and loaded with tastes of licorice, cinnamon, and leather. As to the acidity, it is zippy and refreshing. A good Cabernet Sauvignon under $10.

Inspired by the Californian Wine Industry

The inspiration behind Line 39 is the 39th parallel that runs through the heart of California wine country. The people of Line 39 select grapes from the best growing regions of California to create a diverse portfolio of expressive wines. On top of that, the cool climate enables the grapevines to produce perfectly ripened grapes that show an outstanding balance between crisp acidity and flavor concentration.

Rich and ripe in flavor with a bold mouthfeel, Gnarly Head 1924 Double Black Cabernet Sauvignon coats the palate with jammy dark fruits, toasted oak, and cocoa. One of the top-rated Cabernet Sauvignon under $10. As soon as the bottle is uncorked, aromas of blackberries, raspberries, and cherries join nuances of pepper and wood smoke to form the elegant but complex bouquet.

The rich texture of the palate integrates harmoniously with the mild tannins, as flavors of blueberries, currants, and eucalyptus, mingle with cocoa, toasted oak, and leather. Everything comes together nicely, and it is common for wine enthusiasts to discern hints of caramel, tobacco, and coffee, too. The finish is moderate but pleasant.

Gnarly Head embarked on a mission, in 2004, to make high-quality Zinfandel. On their way to success, they arrived at Lodi. There, they found and purchased Old Vine Zinfandel vineyards, where the grapevines have been head-trained and spur-pruned for at least a century. These ancient vines yield highly concentrated red fruit. As such, Gnarly Head produces juicy wines in a big, gratifying style.

This Cabernet Sauvignon shows good structure and great complexity. Aromas of dark berries and plums on the nose are followed by hints of cocoa and warm spices on the palate for a palatable, welcoming outcome. Aromas of blackberries, plums, and raspberries define the pronounced bouquet, as subtle suggestions of cherries, smoke, and cinnamon spice follow.

The palate is complex with tastes of blueberries, prunes, redcurrants, and cocoa. Next, vanilla and raisins complement flavors of tomato leaf, green bell pepper, and charred wood, dominating the front-and-mid-palate. The soft, velvety tannins drive into a nutty, creamy finish.

One of the Top Wine Producers of Washington

Founded in 1983, Columbia Crest evolved from a small, everyday winery to one of the most important wineries of the United States. In fact, it is one of the major forces behind Washington State’s development as a world-class wine region. For producing hand-crafted wines of superior quality, Columbia Crest has been awarded several accolades over the years. Undoubtedly, that is indicative of the dedication and commitment to excellence of Columbia Crest’s winemaking team.

A South African Cabernet Sauvignon loaded with ripe blackberry and dried herb elements on the nose, backed up with spicy oak sensations in the mouth. Hands-down, this is a great Cabernet Sauvignon under $10. Easy-drinking and considerably refreshing for a Cabernet, the wine begins the tasting journey with a bouquet of blackberries, cherries, dried herbs, and sweet tobacco.

The medium-bodied palate is tasty, as notes of blackcurrants and raspberries blend with pepper and tomato leaf for a delightful mouthfeel. Smooth tannins shine through on the mid-palate, finishing with an oak-influenced finish.

The First South African Estate to Invest in Drip Irrigation

Excelsior Cabernet Sauvignon is produced by the De Wets family in the Robertson Valley of South Africa, situated between two rugged mountain ranges near the Breede River. In 1969, De Wets embraced drip irrigation, the first wine estate in South Africa to do so. In 1981, the current state-of-the-art winery was built. On top of this, a production line of approachable, palatable, and value-for-money wines was introduced, too.

Sweet oak overtones mingle with dark fruits in this Cabernet Sauvignon, as notes of coffee, cocoa, and tobacco provide structure and weight. The texture is smooth with a good tannic grip, while refreshing acidity keeps everything fresh and stimulating. Les Jamelles Cabernet Sauvignon has a powerful nose of blackberries, blueberries, and currants interlaced with toasted oak, tobacco, and vanilla spice.

The palate is soft with velvety tannins and round flavors of cherries, plums, cocoa, and coffee. Abundant acidity keeps the mouth fresh, and the aftertaste is uplifting, packed with touches of raspberries and cinnamon. This makes it one of the good Cabernet Sauvignons under $10.

Since 1991, Les Jamelles has offered hand-crafted varietal wines produced in Pays d’Oc, South of France. Their wines have won praise throughout the world for their quality and expression. With great commercial success, they distribute their wines to over 40 countries, while striving to make them as approachable as possible.

Rooted in the history of the Argentine wine industry, Alamos puts the best of Argentina into every bottle. With over 100 years of passionate winemaking, Alamos takes full advantage of the micro-climates of the Andes Mountains, farming some of the highest-altitude vineyards in the world.

The clean air, ample sunshine, frosty cold nights, and mineral-rich Andres snow that irrigates the vines offer distinctive grape growing conditions found nowhere else on earth. From such unique vineyards, Alamos crafts luscious and complex wines that stay true to their Argentine heritage. As such, Alamos Cabernet Sauvignon is one of the best Cabernets under $10.

Uplifting cinnamon and vanilla aromatics balanced with redcurrants and dried flowers give 19 Crimes Cabernet Sauvignon a fantastic bouquet. Rich and firm in the mouth, the wine shows a gentle sweetness and dark fruit flavors. The lingering finish concludes the tasting profile emphatically. Great value and approachable, despite its complexity, this Cabernet begins with aromas of raspberries, redcurrants, and vanilla on the nose.

After a few swirls, however, floral scents of dried violets, touches of cloves, and warm tobacco emerge, driving into a firm palate of subtle sweetness. The baking spice aromatics continue in the mouth, complementing the tastes of cherries, blackberries, plums, and cocoa. The finish is lingering and berry-forward, while the tannins are noticeable. In our opinion, this wine is one of the best Cabernet Sauvignon for the money.

A Dark, Criminal Past

19 Crimes has a seriously unusual name. In reality, this winery was influenced by a criminal past. The people behind 19 Crimes have based their wines on the stories of British rogues who were sentenced to either be hanged or served their prison sentence in the Colonies.

he transportation started in 1787, and the prisoners who survived the long sea journey formed the new country, Australia. The winemaker since 2012 at 19 Crimes is Michael Kane. He crafts dynamic, bold wines with great complexity that perfectly reflect the nature of the land and its inhabitants.

With a core of dark and red berry fruits framed by earthly and medicinal flavors, Viña Tinajas Viejo Feo Cabernet Sauvignon is fine. In fact, it is one of the best inexpensive Cabernet Sauvignon wines! Pronounced scents of blackberries, raspberries, cherries, and redcurrants join nuances of wet soil for the elaborate bouquet.

On the palate, blueberries, plums, figs, and strawberries, interlaced with hints of forest floor, mint, eucalyptus, and vanilla spice, dominate. Some red fruits, such as raspberries and cranberries, hit the back-palate as the smoky finish arrives after a gentle introduction from the smooth tannins.

Born in 1997, Viña Tinajas del Maule combines oak barrels and adobe cellars with the benefits of stainless steel and state-of-the-art technology to produce fine wines from traditional Chilean grape varieties, such as Cabernet Sauvignon and Carménère. Responsible for the winery is the Mena Undurraga family. Apart from being committed to the crafting of high-quality wines, they strive to release vintages expressive of the Chilean terroir, too. The outcome is dynamic and complex wines, such as Viña Tinajas Viejo Feo Cabernet Sauvignon!

Complex and dynamic, Robert Mondavi Private Selection Cabernet Sauvignon has aged in bourbon barrels, and it is another signature red wine from this distinguished winery. Fragrances of blackberries, cherries, brown sugar, coffee, and baking spices leap from the glass and give way to a palate of blueberries, caramel, smoke, vanilla custard, and mocha.

Chewy but soft tannins and delicate hints of charred wood, leather, and almonds define the long, creamy aftertaste. As expected, the acidity is moderate and mild. Nevertheless, it offers a fine sense of freshness.

Visionary Robert Mondavi established his winery in 1966, intending to create some of the finest Napa Valley wines. He chose the Kalon Vineyard in the heart of Napa as the home for the Robert Mondavi Winery. His signature wine is Fumé Blanc, a smoked, woody version of Sauvignon Blanc.

He believes that wines should reflect their origins and that they are the product of the terroir. Robert Mondavi also believes in combining innovative techniques with conventional winemaking traditions to craft wines that stand the test of time.

And we have reached the end. These are the best Cabernet under $10. Whether you’re into complex or aromatic Cabernets, the above wines should make great companions to your dinners or barbeque days, impressing guests. Consequently, when looking for the best budget Cabernet Sauvignon wines, all you have to do is check out this list! 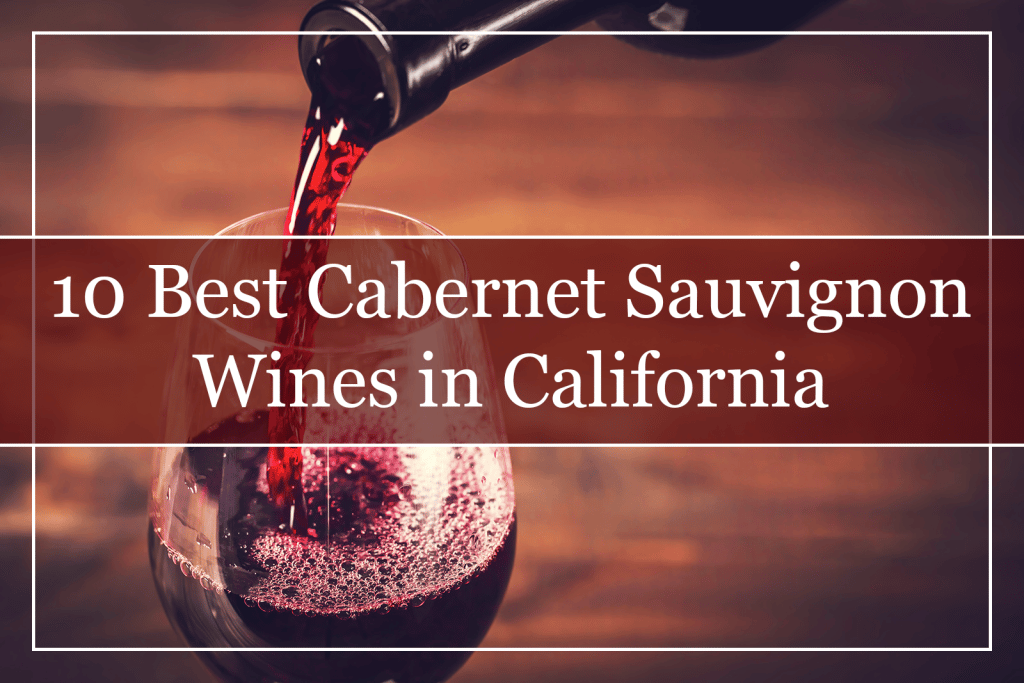 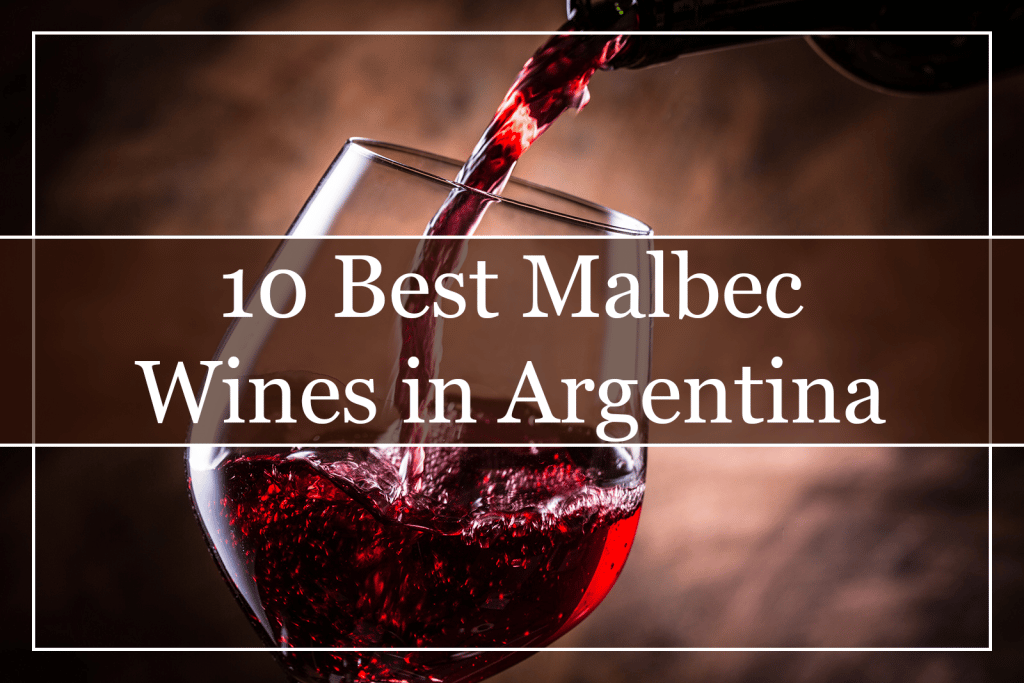 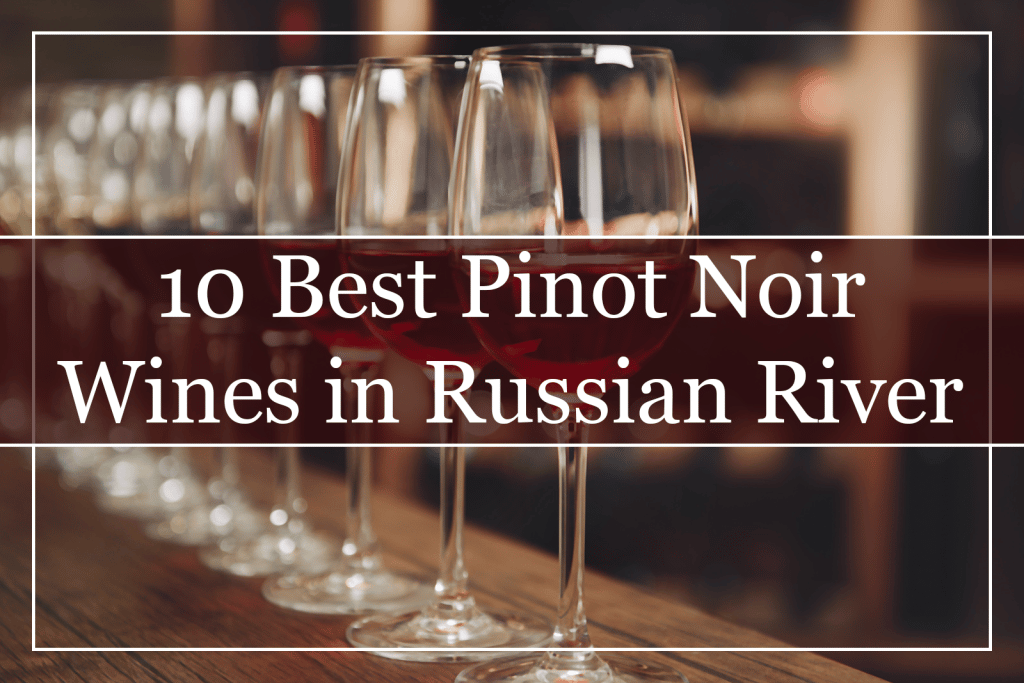 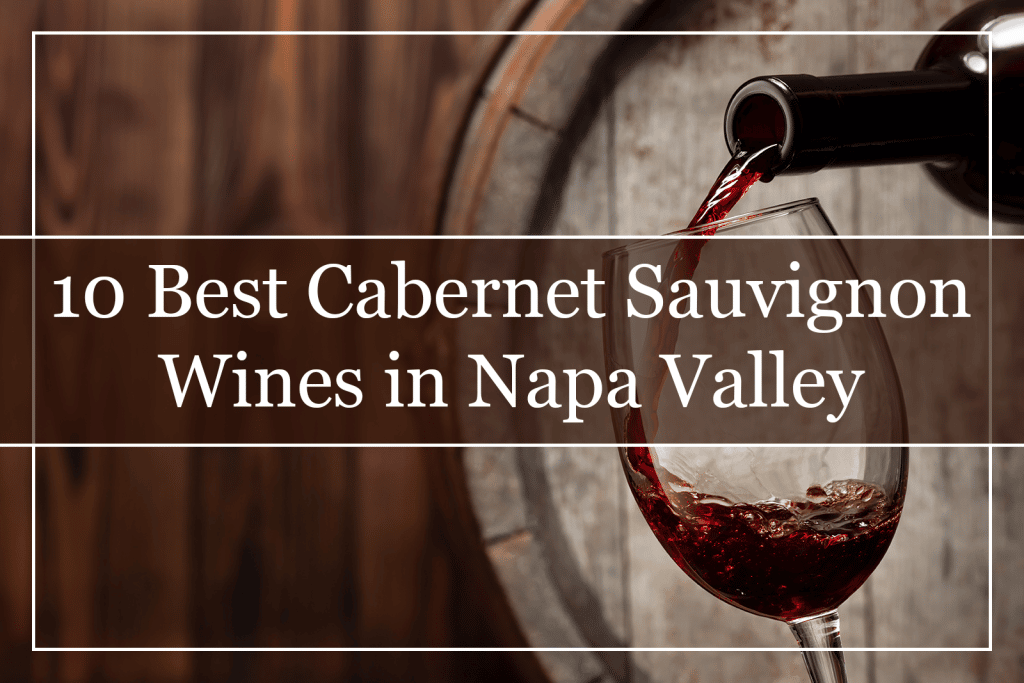 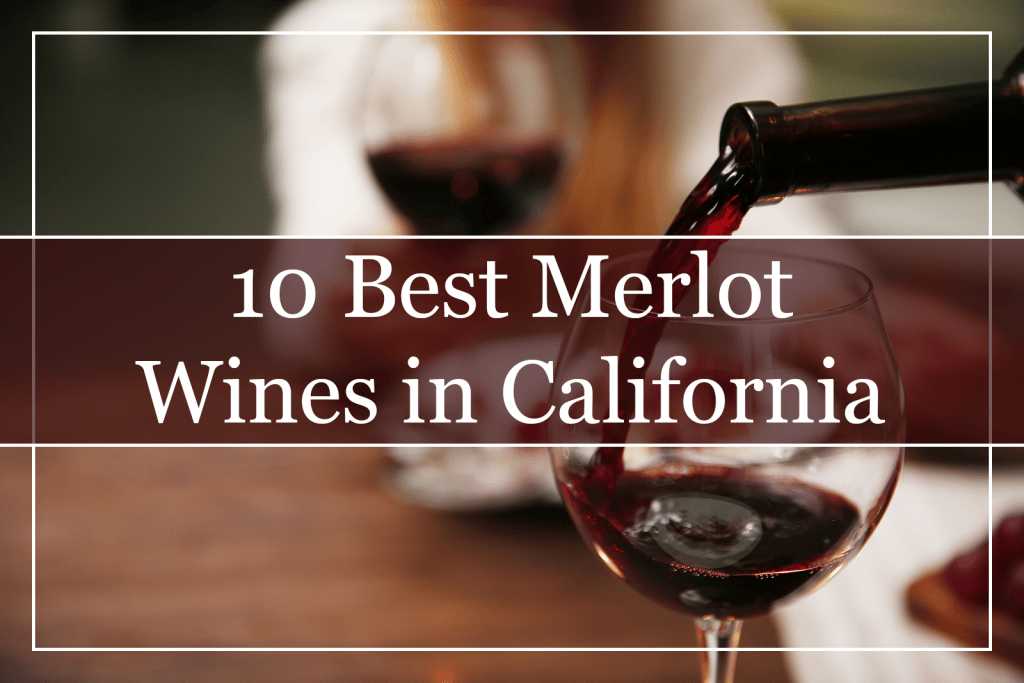 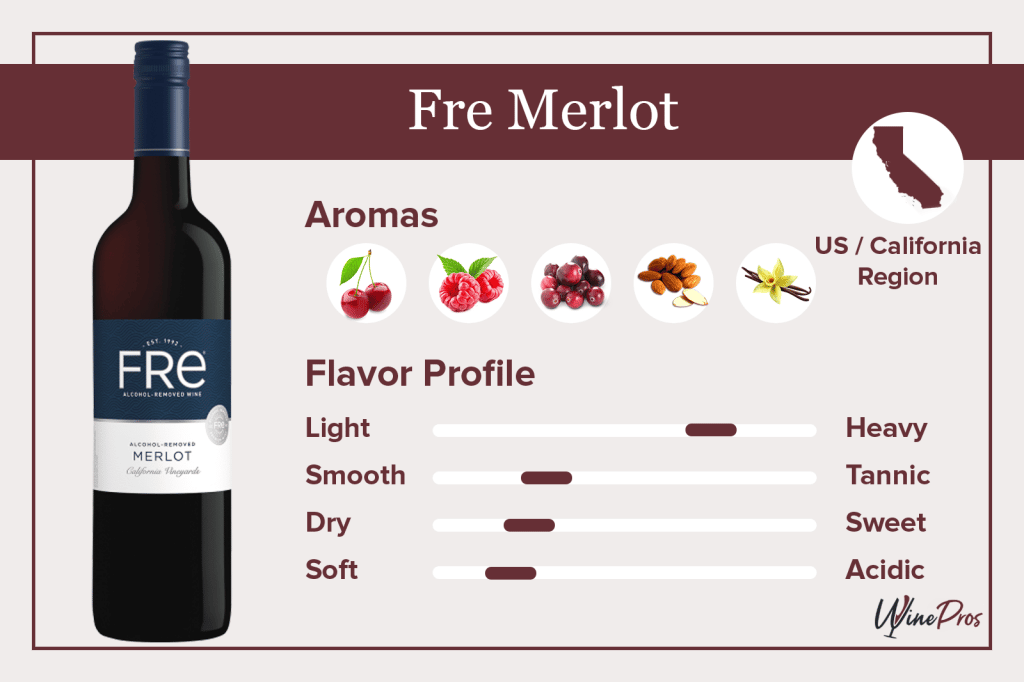