Sometimes known as entrecote or scotch fillet, the ribeye is one of the world’s most popular beefsteaks. It comes from a muscle called Longissimus Dorsi, which runs down the spine, responsible for giving a delicious tender texture. That said, what really gives ribeye the edge over other steaks is the fat running through the meat. When cooked, it melts into the steak, creating an irresistible beefy flavor and a juicy texture. It’s from this eye of fat in the middle that ribeye takes its name.

Ribeye comes anywhere from the 6th down to the 12th rib. Where it comes from shows how it should be cooked. The most common cut is the center cut since it contains a nice amount of fat. Next, there are the end cuts, chuck, and short loin. The chuck end has the greatest amount of fat, so it turns out superbly juicy. On the other hand, the short loin has little fat, preferred by people on a diet. Additionally, you can purchase a ribeye attached to the bone, such as the Tomahawk steak.

Preparing ribeye steak is easier than it seems. In fact, it is a simple process. For starters, season the steak with sea salt, pepper, garlic powder, thyme or oregano, and a bit of vegetable oil or butter. Then, place the steak on a hot coal fire and cook to medium-rare or medium. Aim to give the fat enough time to render down, flavor the meat, and produce an extra juicy result.

Ribeye steak goes well with old-fashioned bourbon and red wine. In reality, the spiciness of the bourbon whiskey accentuates the flavors of a seasoned ribeye steak. Similarly, complex red wine with a good tannin structure, such as Syrah or Cabernet Sauvignon, makes an incredible ribeye steak wine match. After all, red meat goes with red wine, so beef is accompanied by red. For the best red wine with ribeye steak, choose any of the following:

You cannot possibly go wrong with a fruit-forward Cabernet Sauvignon with ripe flavors and a subtle oak influence. Cabernets display a high acidic nerve that cuts through the fat of the ribeye steak, offering tanginess and juiciness.

If you are into sweeter wines, Zinfandel might be the best wine choice to complement a beefy ribeye steak. For the most part, Zins are heavy in tannins, fruit flavors, and acidity. As ribeye steak doesn’t have a sweet seasoning, like sugar glaze, then Zinfandel, with its high sugar content, is a perfect companion since its sweetness counterbalances the spices and beefiness, cleansing the palate.

Syrah goes beautifully with fatty cuts of steak, including ribeye, of course. Ribeye requires a robust wine to balance its meatiness, so Syrah seems the perfect varietal to pair with the richness of marbled meat.

Made with French oak, Juggernaut Hillside Cabernet Sauvignon has rare richness and a smooth, rounded texture. Elegantly aromatic and palatable, it manages to captivate wine enthusiasts from the first sip. Fragrances of plums, blackberries, and cherries complement hints of white pepper, coffee, and mint on the nose. The palate is luscious and smooth, with layers of prunes, raspberries, blueberries. Juicy flavors of licorice, cinnamon, and figs, alongside traces of tomato leaf, eucalyptus, and sage, drive into the long, nutty-driven finish. The tannins are silky and well-integrated, while the acidity is vibrant and offsets the general creaminess.

The grapes in Juggernaut wines grow in challenging conditions. Their resilience is reflected in the determination of Juggernaut winemakers to produce top-quality wine. Juggernaut winemakers are respected for producing superior Pinot Noir and Cabernet Sauvignon wines. On that note, the Cabernet Sauvignon vines need strength to find nutrients in the rocky, steep slopes where they grow. For this reason, their roots burrow deep to find underground water and moisture. In a similar struggle, Pinot Noir vines endure challenging conditions, like wind and fog, to utilize every hour of warmth and sunlight, and produce juicy grapes.

Starting with a deep violet color with ruby-red reflections, Catena Appellation Lunlunta Malbec is aromatic with concentrated scents of red and dark fruits and traces of coffee and vanilla spice. The mouthfeel is equally rich as the nose, packed with tastes of blackberries, cinnamon, and leather.

Welcoming aromas of blackberries, raspberries, and cherries dominate the bouquet, joined by subtle traces of leather, vanilla spice, and coffee. Elegant touches of dried herbs and violets are discernible, too, as the nose is followed by a plush palate of plum, blackberry, and cinnamon flavors. Smooth tannins that run very long mingle with a dash of redcurrant and ginger. A profound, oak-influenced finish, alongside lingering suggestions of prunes and figs, offers pleasure.

Pioneering Malbec in the Andean Foothills

Catena Zapata is Argentina’s most awarded wine estate. Founded in 1902 by an Italian immigrant, Nicola Catena, the winery is renowned for pioneering in the Malbec wine production and discovering high-altitude terroirs in the Andean mountainsides of Mendoza. Consequently, for over 100 years, the Catena family has shaped the future of one of Argentina’s oldest domains.

There is lots of fruit on the nose and vibrant flavors of blackberries and exotic spices on the palate. That is what makes Klinker Brick Farráh Syrah unique. The perfect notes of vanilla bean, cinnamon spice, cassis, and pepper follow the bright aromas of red fruits. The palate is finely balanced, expressing flavors of blackberries, prunes, and dried figs. Supple tannins add complexity and depth and combine with earthy notes of nuts, violets, and peaches to reach a crescendo. As the wine hits the back-palate, the flavors of sweet tobacco, maple syrup, blackberry pie, and smoke surface for an awe-inspiring conclusion.

With vineyards located in Lodi’s prestigious regions of Mokelumne and Clements Hills, Klinker Brick is a distinguished Californian winery that produces complex wines from high-quality fruit. The winery is situated at the edge of the Sacramento Delta, so it takes advantage of the Pacific Ocean breezes to cool the grapes as they ripen. This provides a mild Mediterranean-style climate ideal for growing varieties, like Zinfandel, Syrah, and Albariño.

Scents of dark berries dominate the bouquet, alongside hints of cocoa, charred wood, and pepper. On the palate, a core of red fruit joins flavors of cinnamon, mushrooms, and barnyard. A long finish concludes the tasting profile.

As soon as the wine is uncorked, aromas of blackberries, blueberries, and prunes combine with notes of cocoa, charred wood, and pepper, forming a welcoming nose. Medium-bodied, with smooth, soft tannins, the mouth shows flavors of cherries, violets, and raspberries, as well as tastes of cinnamon spice, mushrooms, and barnyard. An inherent creaminess emerges as the lengthy aftertaste comes in, hitting the back-palate.

Based in the historic Tuscany region that has been making wines since the 13th Century, Famiglia Castellani have written their own history producing high-quality Chianti wines. The business began at the end of the 19th Century when a long-standing wine grower, Alfred, began bottling and selling his wine in Montecalvoli. Over the years, the firm expanded and acquired the famed vineyard of Santa Lucia in the fertile Arno Valley. There, red wine was produced and bottled in straw-covered flasks and gathered the attention of the international wine market. However, in 1966 a flood caused great damage to the Montecalvoli winery, causing it to cease wine production.

Fortunately, Roberto Castellani, a cosmopolitan man, became one of the advocates of Chianti’s success, purchased the Poggio al Casone vineyard, and helped the Montecalvoli winery expand and return to business. Since that time, Famiglia Castellani crafts and exports some of the finest Chianti wines from Tuscany. Over the years, things might have changed or evolved, if you prefer, but the philosophy of this Italian winemaking family remains consistent: “The quality of the wine begins in the vineyard.”

Bear Flag Zinfandel shows a structured body and a jammy character, reminiscent of baking spices and blueberry pie. It is delicious and, quite simply, irresistible. This Zinfandel has a very waxy, creamy texture and provides notes of cherries, raspberries, cinnamon spice, and vanilla. The nose is dynamic and has pronounced aromas of redcurrants and blueberries, with notes of tree bark, pepper, and potpourri. In the mouth, the wine is jammy and velvety with intense hits of spices. Bear Flag Zinfandel completes the plush mouthfeel with a long finish, packed with minerality and earthy essences. Smoke and toasted wood are qualities of this wine, too, and mix effortlessly with the dusty tannins.

Inspired by the American Settlers

The wine is inspired by California’s Bear Flag, which was raised in the Independence War in 1846 in Sonoma County. Bear Flag Zinfandel aims to break free of expectations and offer a premium wine-drinking experience. The wines are hand-crafted by winemaker Aaron Piotter, a Sonoma native and champion of the California wine industry.

Finding the perfect ribeye steak wine pairing is a tough deal. However, the above red wines are what you need when serving this juicy beefsteak. Pick any of them, uncork, and indulge yourself in luscious fruitiness, soft tannins, and oak-driven aftertastes as you take a bite of delicious, hearty grilled beef meat. 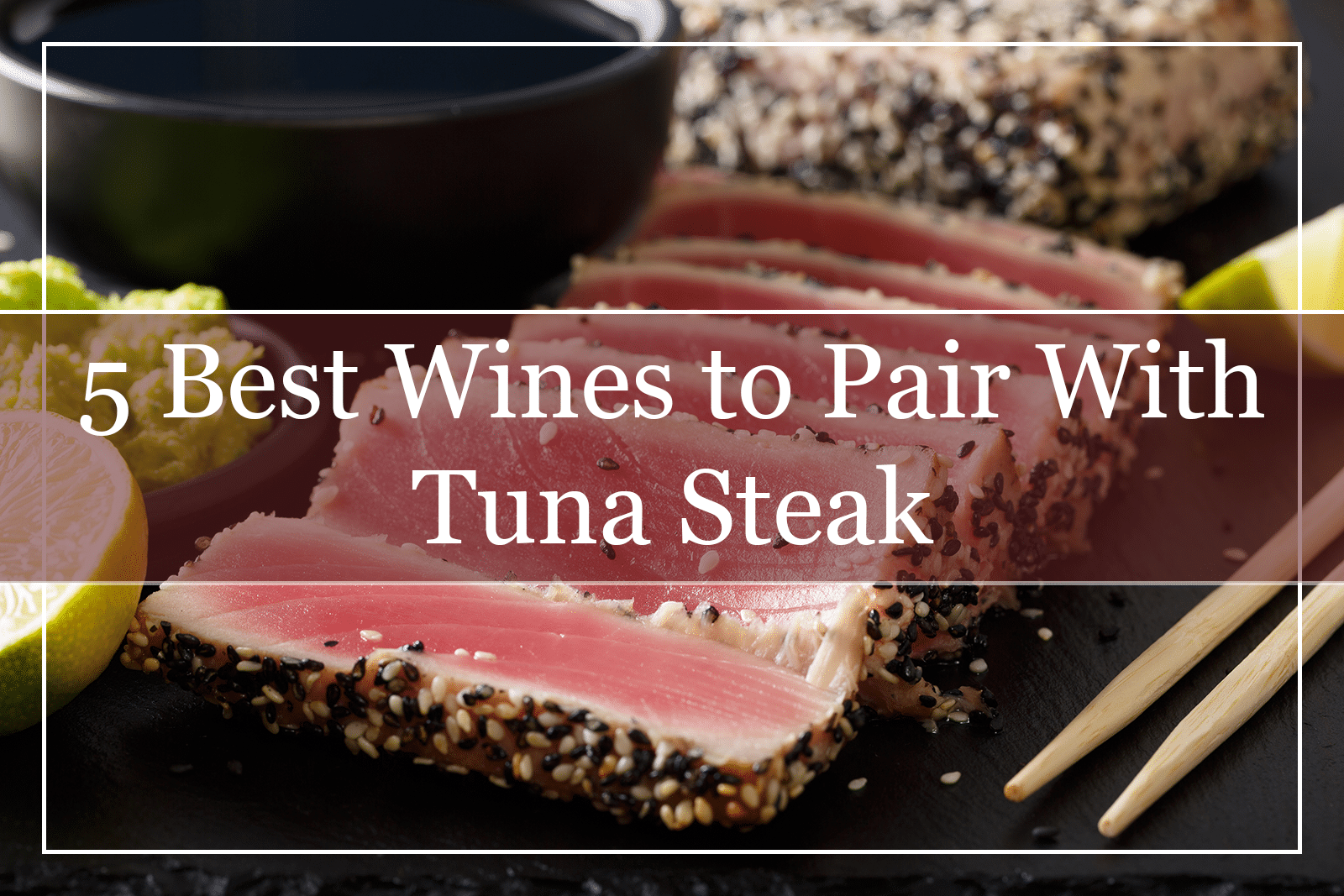 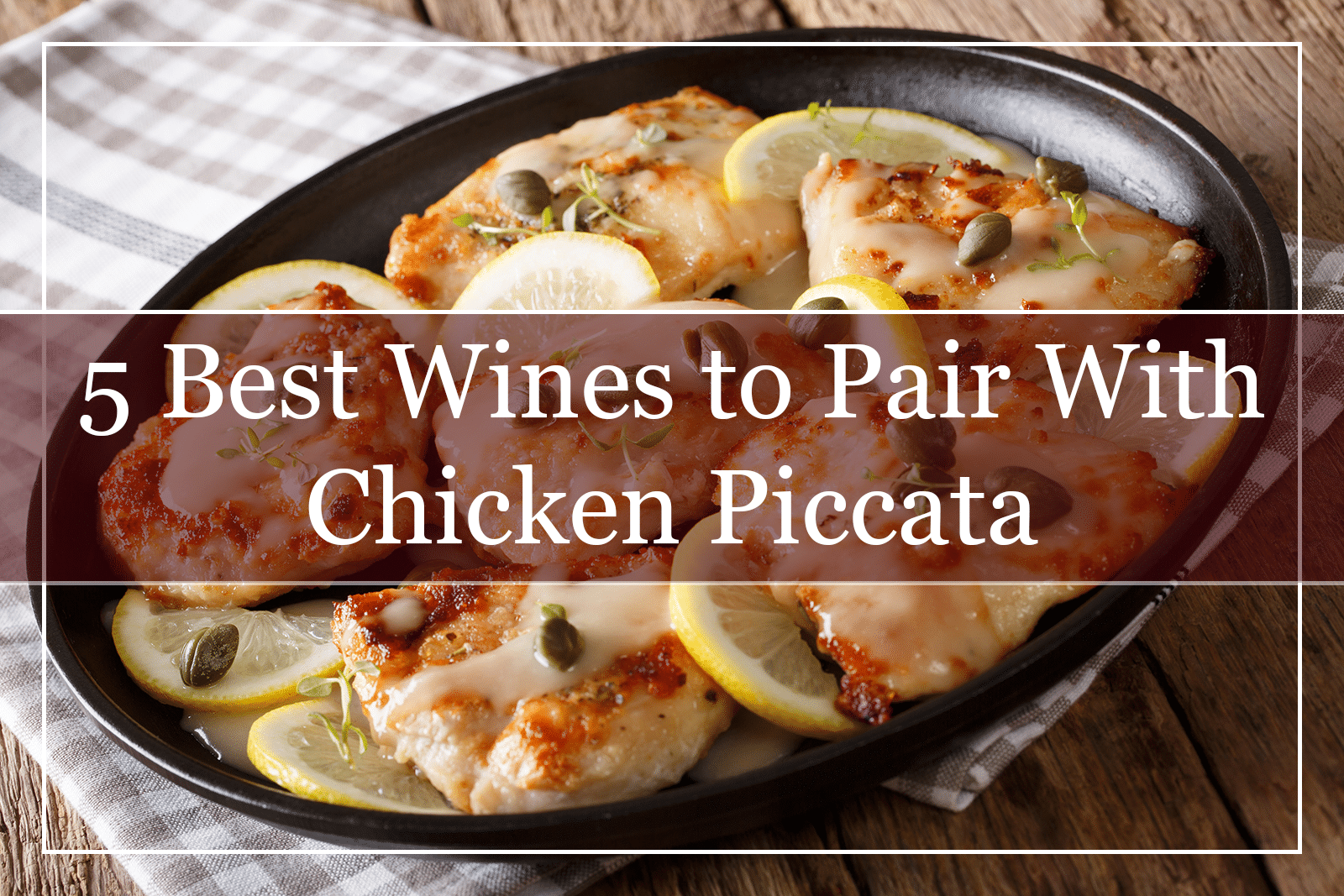 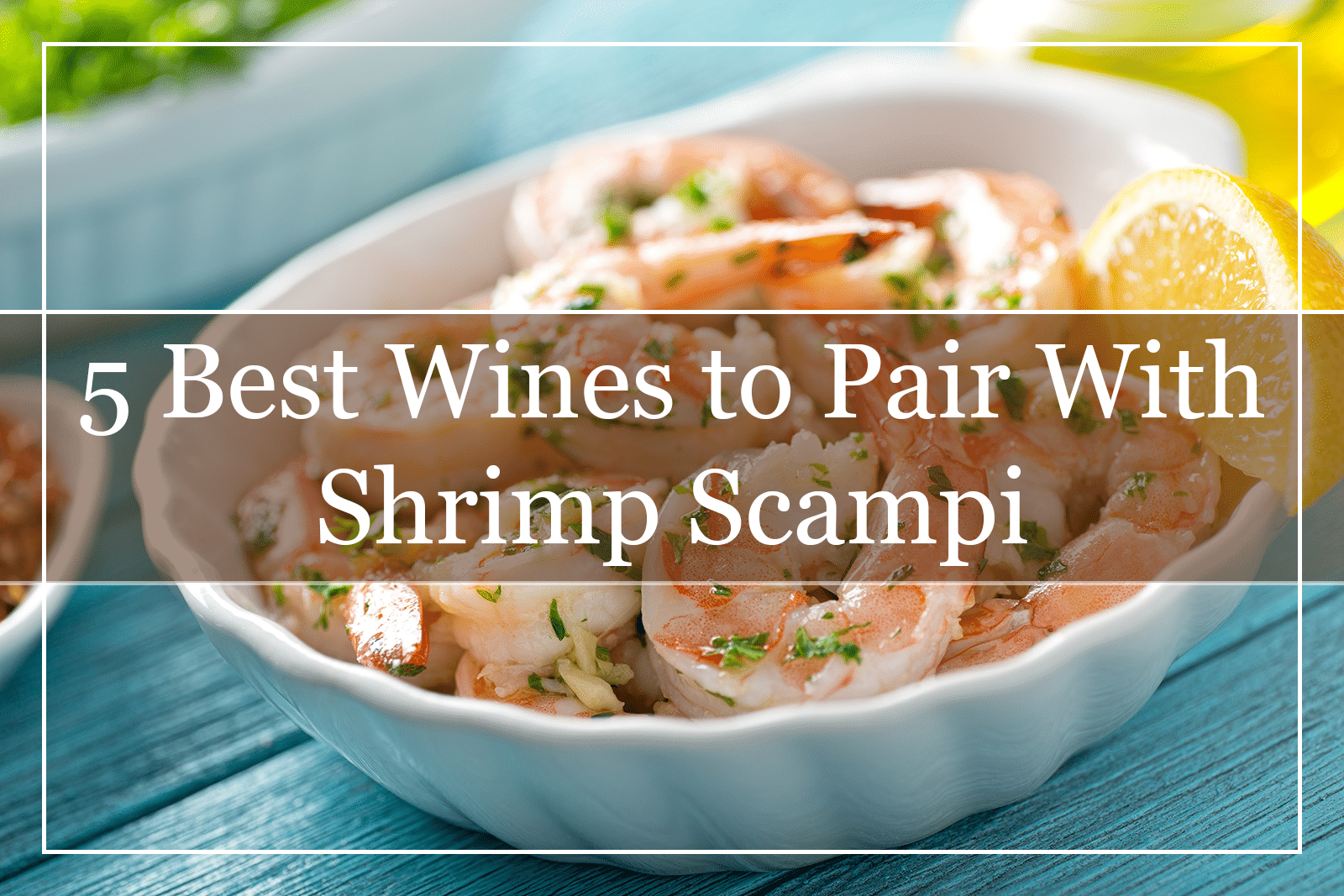 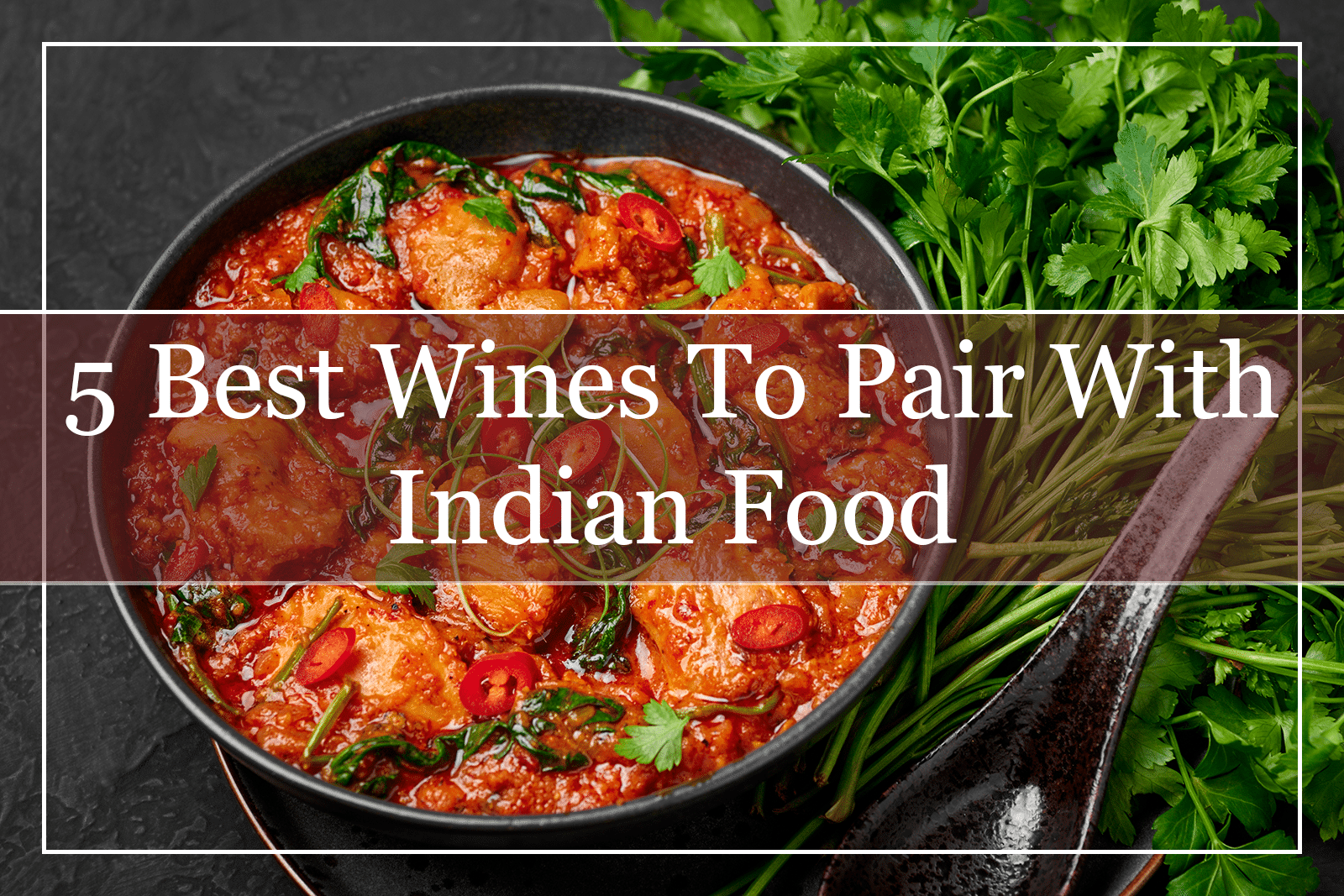 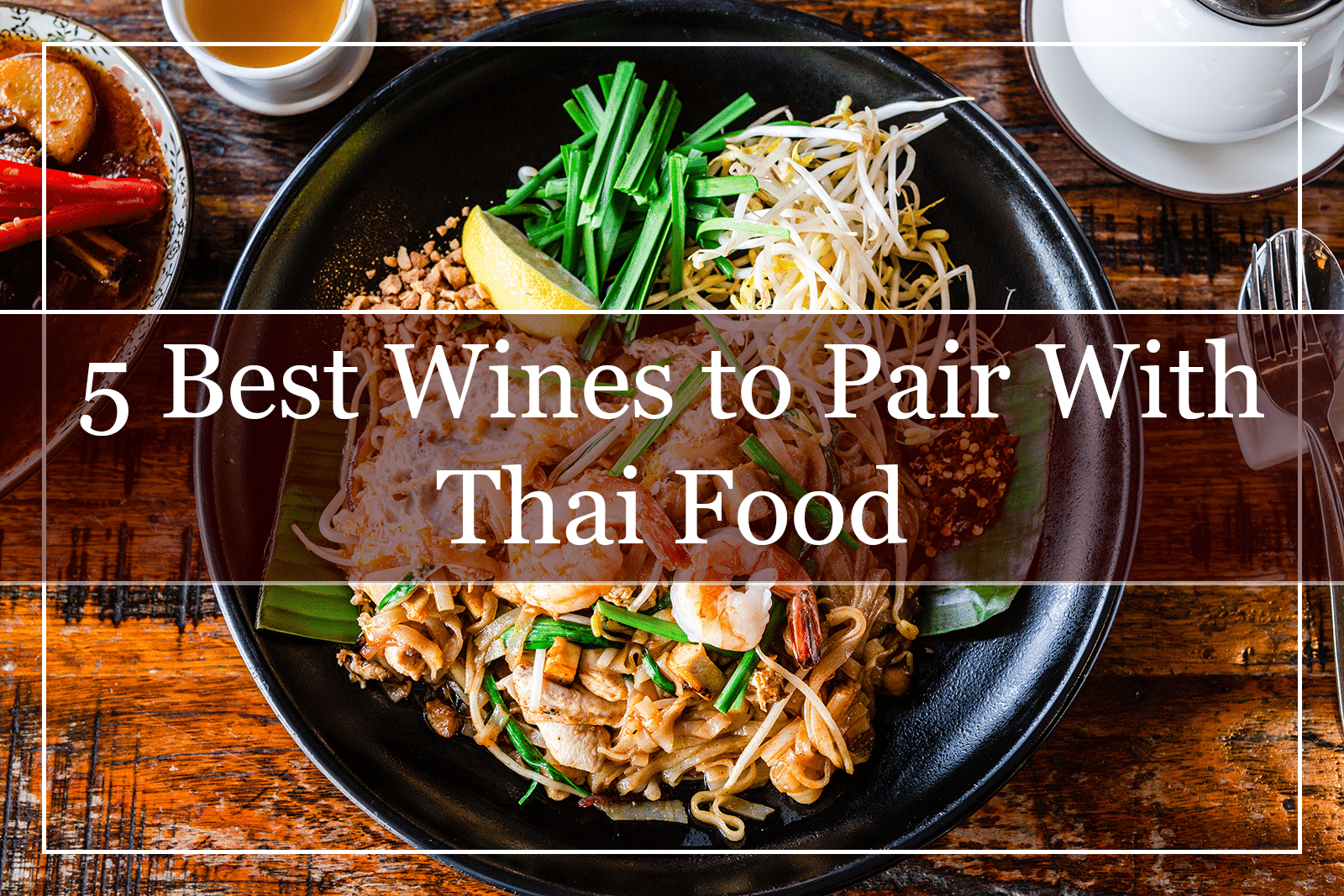 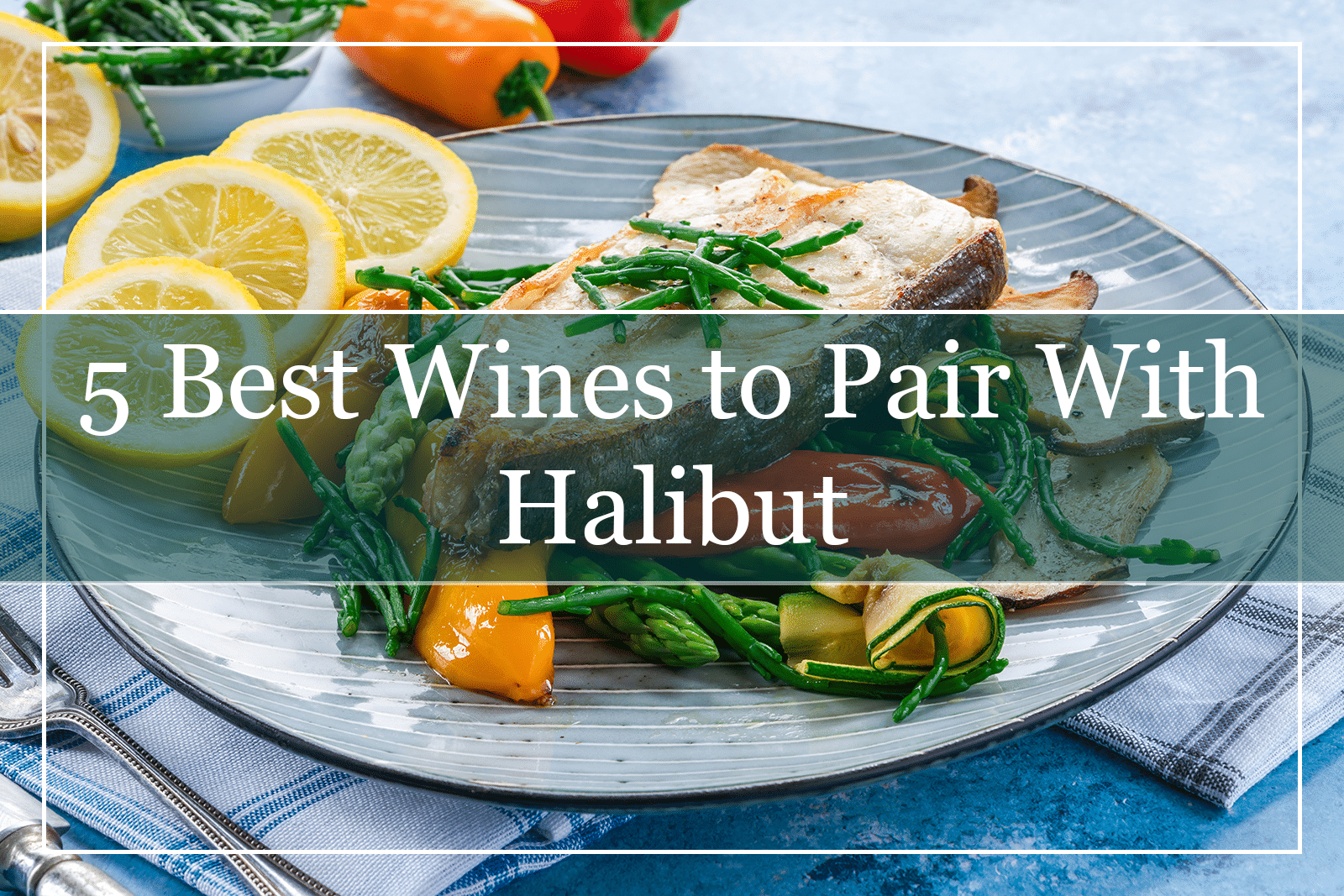