What Kind of Wine Is Da Vinci Chianti?

Da Vinci Chianti is a red wine from Tuscany, Italy. It is made from an elite Italian red grape variety, the Sangiovese. If you’re unfamiliar with Sangiovese grapes, they are high on strawberry flavor with a hint of spice. When left to mature in oak barrels, wine made from Sangiovese grapes tends to taste like a blend of tart cherries and tea leaves, very earthy, oaky, and tarry. These terms may sound very unappealing if you’re new to the wine world, but they point to positive wine traits in wine talk.

Da Vinci Chianti is neither bitter nor sweet, which only adds to its charm. It has a deep crimson color, and the finish is soft yet elegant. If you’re not familiar with Chianti, it is a dry red Italian wine. The wine gets its name from a mountain range in central Italy, Tuscany. Chianti wine is any wine produced in the Chianti region of central Tuscany. Let us take a closer look at this wine.

The Da Vinci Chianti is a luscious Sangiovese and Merlot blend with a long peppery finish that will undoubtedly leave you longing for more. You’ll get lovely, refreshing high-toned cherries and fruit aromas as soon as you uncork the bottle. It’s a Renaissance-age wine cultivation technique combined with modern pressing, processing, and bottling techniques—the best of the old and new world all in one bottle.

If you’ve never been tempted by a Chianti before, wash away your hesitation with a chilled glass of the Da Vinci Chianti. In a nicely lit restaurant with good company and a cool glass of Da Vinci Chianti, you are bound to fall in love, and the world, as you know it, will change!

Da Vinci Chianti is a distinctive, fruit-forward, dry red Italian wine made from a blend of Sangiovese and Merlot grapes. As such, the combination offers a wine that is a deep crimson, almost purple in color, filled with flavors of ripe fruits like plums and cherries. It is a lively wine with a lingering mineral and peppery finish. The aroma has hints of cherry, cinnamon, and vanilla. The Da Vinci Chianti is chewy on the palate. It is a soft wine with lots of juicy fruit flavors on the close.

The Da Vinci Chianti has a rich, dark, and almost impenetrable appearance. It has a deep crimson color that hints at the hearty loads of fruity flavor that follows. When tilted in a glass, it leaves a little leggy trail.

The Da Vinci Chianti has a distinctive aroma profile. The wine has elegant scents of spices, bursting red cherries, and blueberry preserves. You also get a hint of cinnamon, herbs, and vanilla on the nose. The cherry fruit aromas are extremely high-toned, making it a sweet and fruity-smelling wine.

Da Vinci Chianti is a well-balanced wine with medium weight, filled with flavors of cherries and ripe fruits. Its liveliness makes it perfect for a dinner date. Approximately 15% of the wine is barrel-aged for six months in both new and used American oak barrels that add to its complexity. Da Vinci Chianti is fleshy and soft with loads of pulpy fruity flavors at the close.

Da Vinci Chianti is a medium-bodied wine with a long finish. This is attributed to the soft mineral flavor and round tannins, along with the peppery touch. It is deliciously rustic and elegant.

The Da Vinci Chianti wine is in a league of its own with its rich flavor and elegance. Although a fruit-forward wine, it is not on the overwhelmingly sweet side. This makes it an excellent accompaniment with various cheese or tomato-based dishes like pasta. If you’re often stuck with bland dishes like meatloaf, pair it with a Da Vinci Chianti and elevate your meal to the next level! The firm tannins and tart fruit flavors lend it a refined taste, making it the perfect wine for casual meals. Pleasant on the finish, the Da Vinci Chianti is not a harsh wine. Its intense aromatic bouquet includes pepper, cherries, and vanilla. Accordingly, Da Vinci Chianti reviews are excellent.

Da Vinci Chianti pairs very well with almost all starters, making it a great wine to have during a conversation. It also goes very well with pasta and meat, especially if the dish is bland. A Chianti will go exceptionally well with beef meatballs or spaghetti Bolognese. Duck and other similar tasting poultry pair with medium-bodied red wines such as the Da Vinci Chianti as well.

The winery Cantine Leonardo da Vinci makes this charming red wine. A brief history lesson, if I may, especially if you’re confused about why a wine brand would be named after Leonardo da Vinci. Leonardo da Vinci was born in Vinci, a small region in Florence, Italy. He was a genius and excelled at everything he did, whether it was sculptures, painting, drawing, engineering, human anatomy, and, yes, even Oenology—the study of wines and winemaking. His painting, The Last Supper, was so well received that he was gifted a vineyard in 1499. Although da Vinci was around for only another two decades, he spent this whole time experimenting with grape types, their cultivation, the grape press process, and everything in between.

After his death, his vineyard was inherited by his employees, who continued da Vinci’s legacy. However, the Allied bombing destroyed da Vinci’s vineyard 450 years later. Da Vinci’s legacy didn’t die there. Local winegrowers wanted to preserve his winemaking excellence and formed a collective. This 30-odd group of farmers absorbed the Cantina di Montalcino. You can begin to see where the wine gets its name from. Fast forward to today, and the cooperative has grown to over 200 winegrowers spread across Vinci and Montalcino—a considerable step forward from their humble beginnings.

How Is Da Vinci Chianti Made?

The Da Vinci Chianti is a blend of 90% Sangiovese and 10% Merlot grapes. These ingredients are gently crushed and left to ferment in stainless steel tanks. The ideal temperature for this fermenting stage is between 70°F and 80°F. The temperature range lends the Chianti balanced tannins and rich fruit flavors. After eight days of drying, a portion, approximately 15%, is aged in new and used American oak barrels for six months. This short aging period is responsible for the wine’s characteristic tartness.

Where Is Da Vinci Chianti Made?

The birthplace of Da Vinci Chianti is Vinci, a territory on the western side of the Chianti region. The Chianti was originally considered a table wine stored in a flask-shaped bottle (fiasco) with a straw basket supporting the lower half. Between the late 1300s and early 1400s, the Chianti transitioned from a white to red wine. It rose to fame all the way till the 19th century where a turn of political events, epidemics, and widespread poverty almost ended cultivation.

Respite came in the form of opening of the world wine market and subsequently, led to over-cropping. The Chianti fell from fame around that time. From being one of Leonardo’s favorites to being featured in animated movies like the Lady and the Tramp and the Silence of the Lambs, Chianti’s history is full of ups and downs. Did you know that it was the Official wine for the Road World Championship (2013) and that the first self-sustaining nuclear chain reaction was celebrated with a glass of Chianti?

How to Serve Da Vinci Chianti?

Da Vinci Chianti should ideally be served slightly below room temperature 64°F (18 °C). The wine tastes much better when it is cool. If inadequately cooled, the tannins would be too strong, and you won’t quite enjoy the wine. You have to remember that the Chianti is a young wine- barely aged for six months or so. The longer you mature a bottle of wine, the more the tannins start to fade. Another aspect that you have to keep in mind is that it tends to warm up in the glass. So if your Chianti begins at 60 degrees, it can easily reach 65 degrees as you enjoy slow sips during a meal.

Tip: Don’t be in a rush to taste your Chianti. Allow it to breathe. Not a few minutes in a glass interspersed with a few quick swirls. Think 6-8 hours in an open bottle at room temperature. When served from a newly uncorked bottle, the wine will be flat and high on tannins. Be patient with a Chianti, and you’ll be well-rewarded.

How Much Does Da Vinci Chianti Cost?

A Chianti is a young wine. This is why, when stored correctly, it can age in its bottle for several more years. Most red wines can mature anywhere between 6-20 years. The determining factor is the oak aging tenure before bottling. In Chianti’s case, it spent only six months in oak barrels. This implies the wine is best consumed before it hits the 10-year mark. Once you open a bottle, try to finish the wine in no more than 2-3 days. Remember to re-cork and refrigerate it between glasses. If you have a smaller bottle, shift any remaining wine in it. The more air inside a bottle, the flatter your wine.

How Many Calories Does Da Vinci Chianti Have?

Great news for calorie counters! The wine has a low-calorie density. Da Vinci Chianti calories add up to 125, of which 4g are carbs and 0% fat. The wine is rich in minerals and vitamins like calcium, iron, and potassium. For those who are interested, the Da Vinci Chianti alcohol content is 13% per bottle of 25ounces (750ml).

The Da Vinci Chianti is a luscious Sangiovese and Merlot blend with a long peppery finish that will undoubtedly leave you longing for more. You’ll get lovely, refreshing high-toned cherries and fruit aromas as soon as you uncork the bottle. It’s a Renaissance-age wine cultivation technique combined with modern pressing, processing, and bottling techniques—the best of the old and new world all in one bottle. If you’ve never been tempted by a Chianti before, wash away your hesitation with a chilled glass of the Da Vinci Chianti. In a nicely lit restaurant with good company and a cool glass of Da Vinci Chianti, you are bound to fall in love, and the world, as you know it, will change! 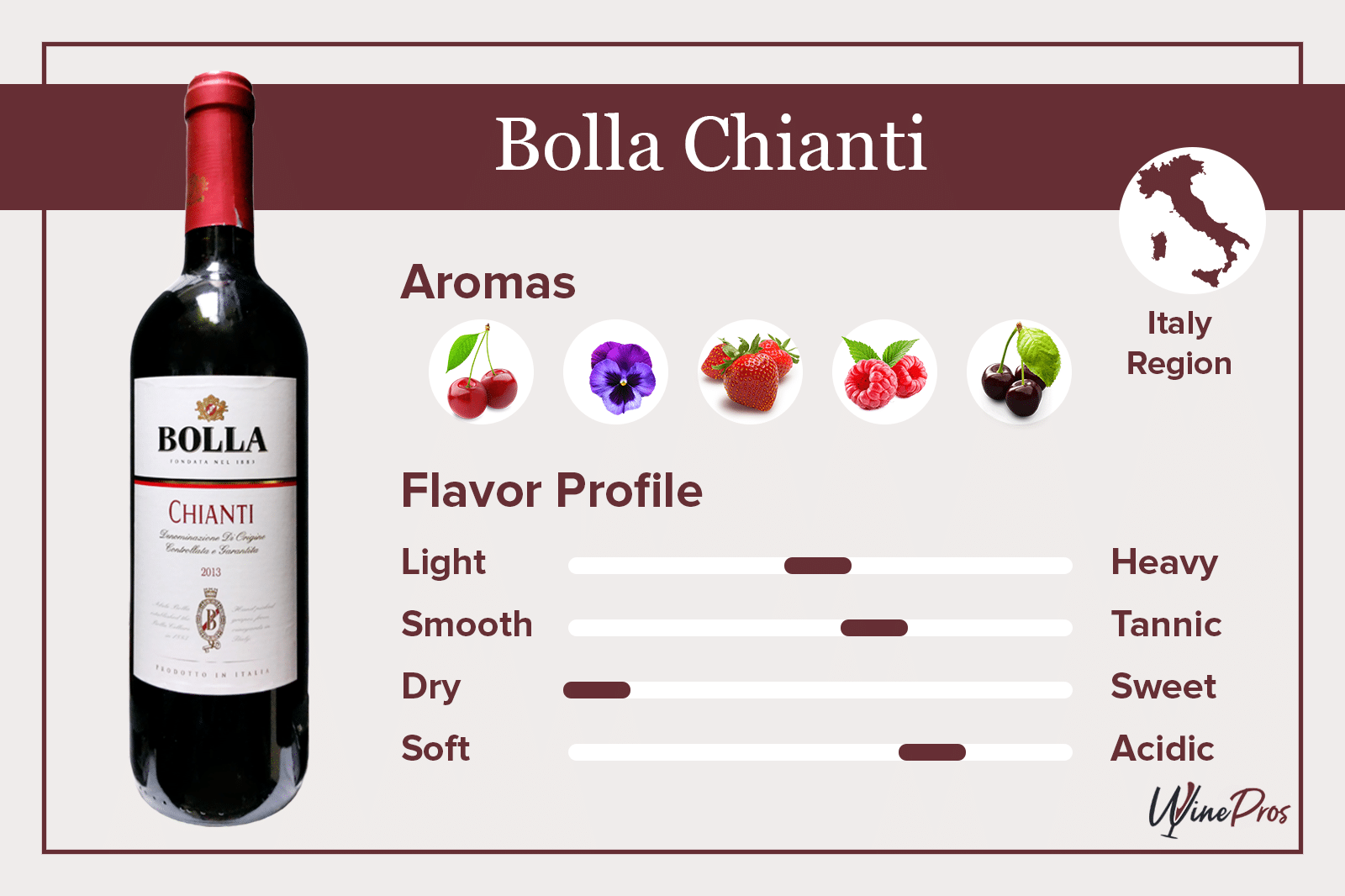 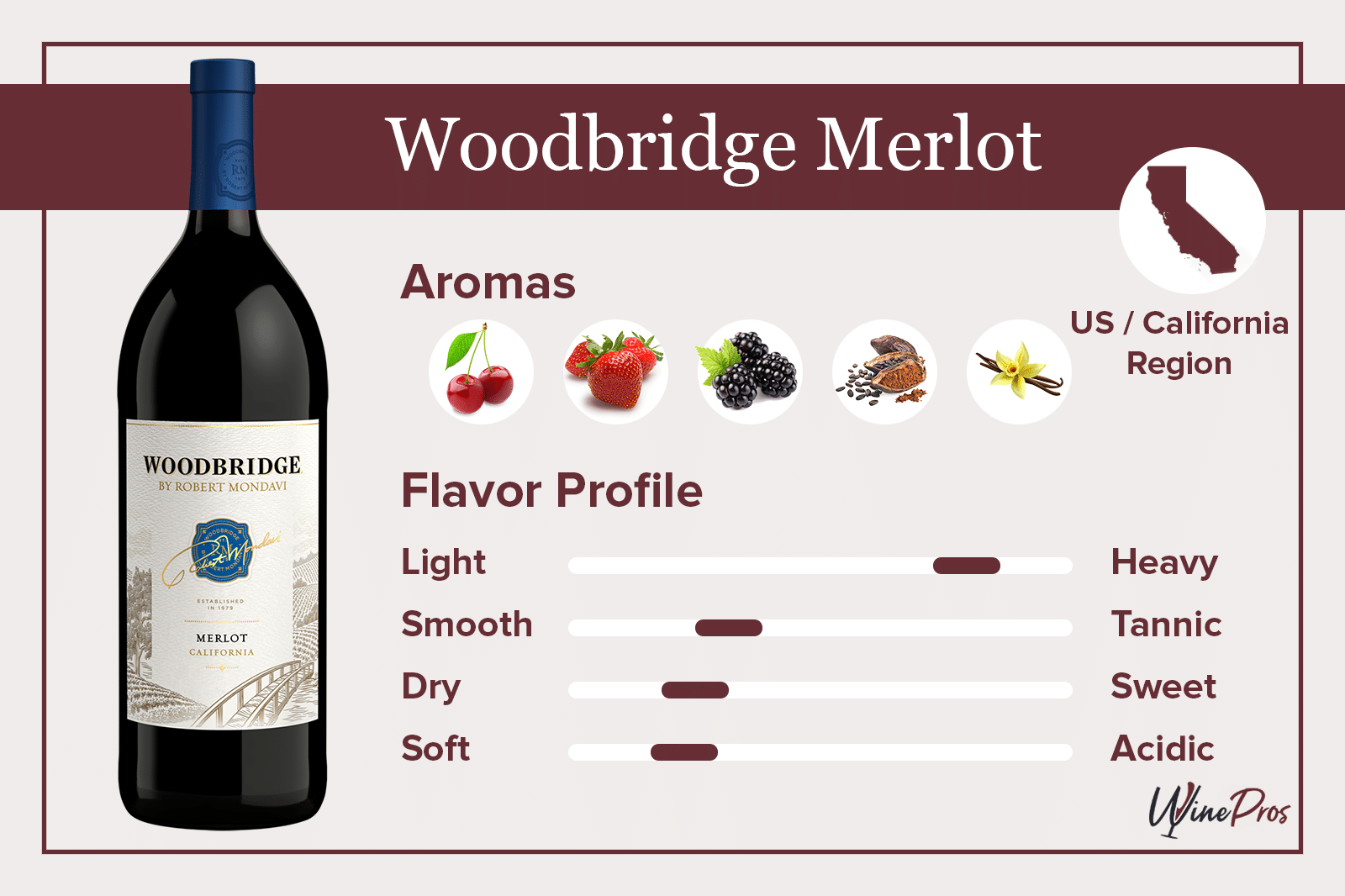 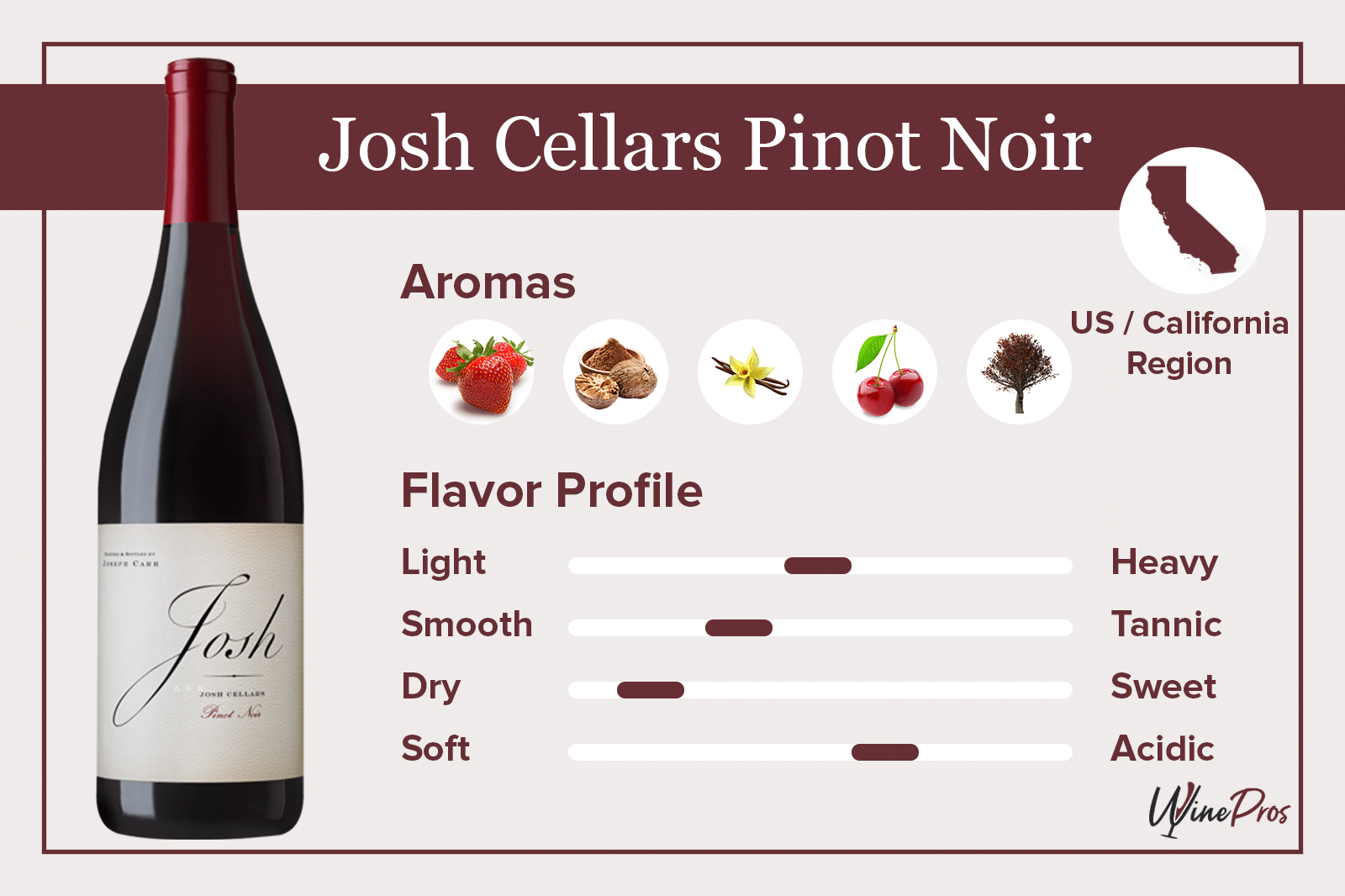 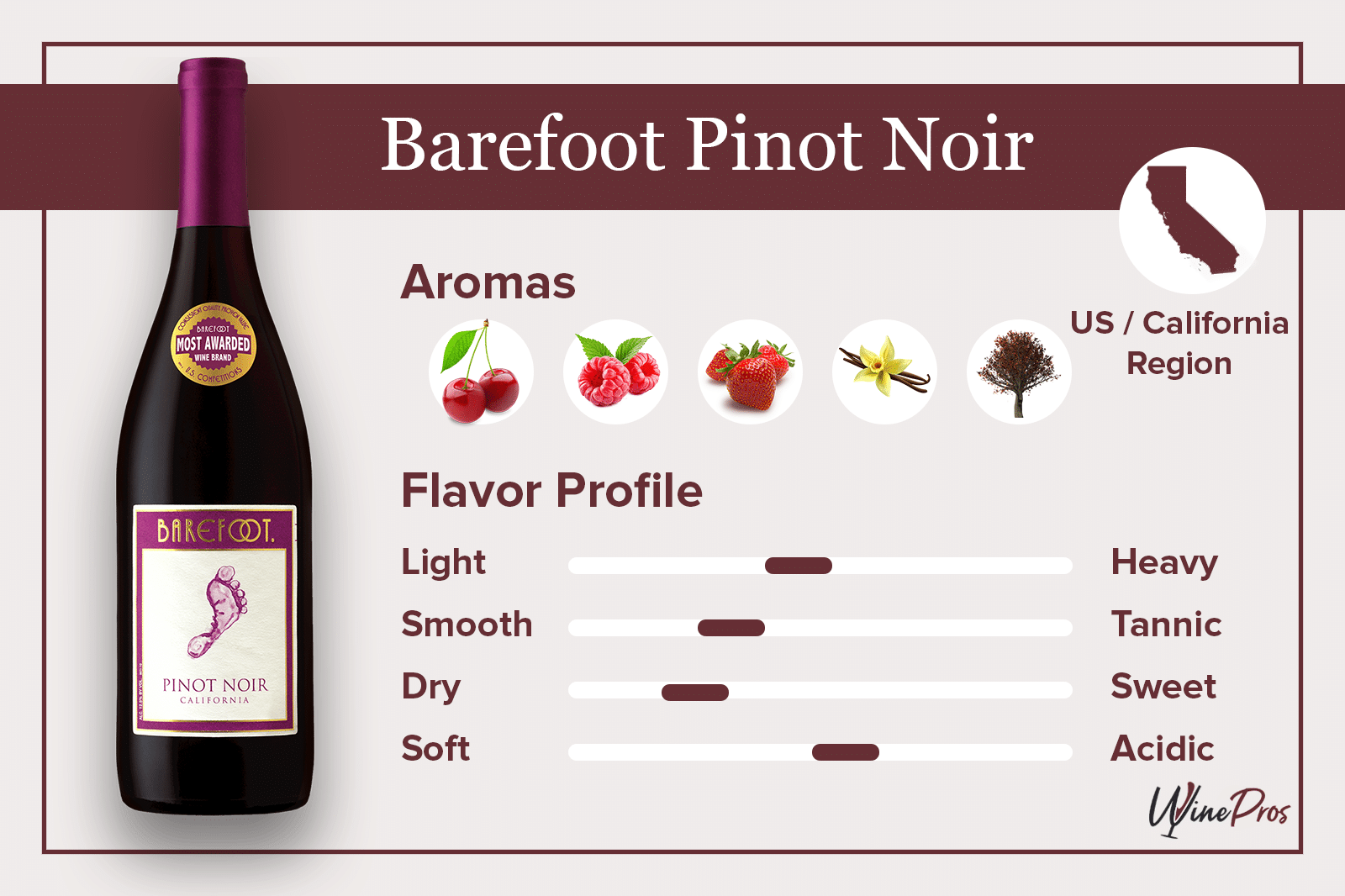 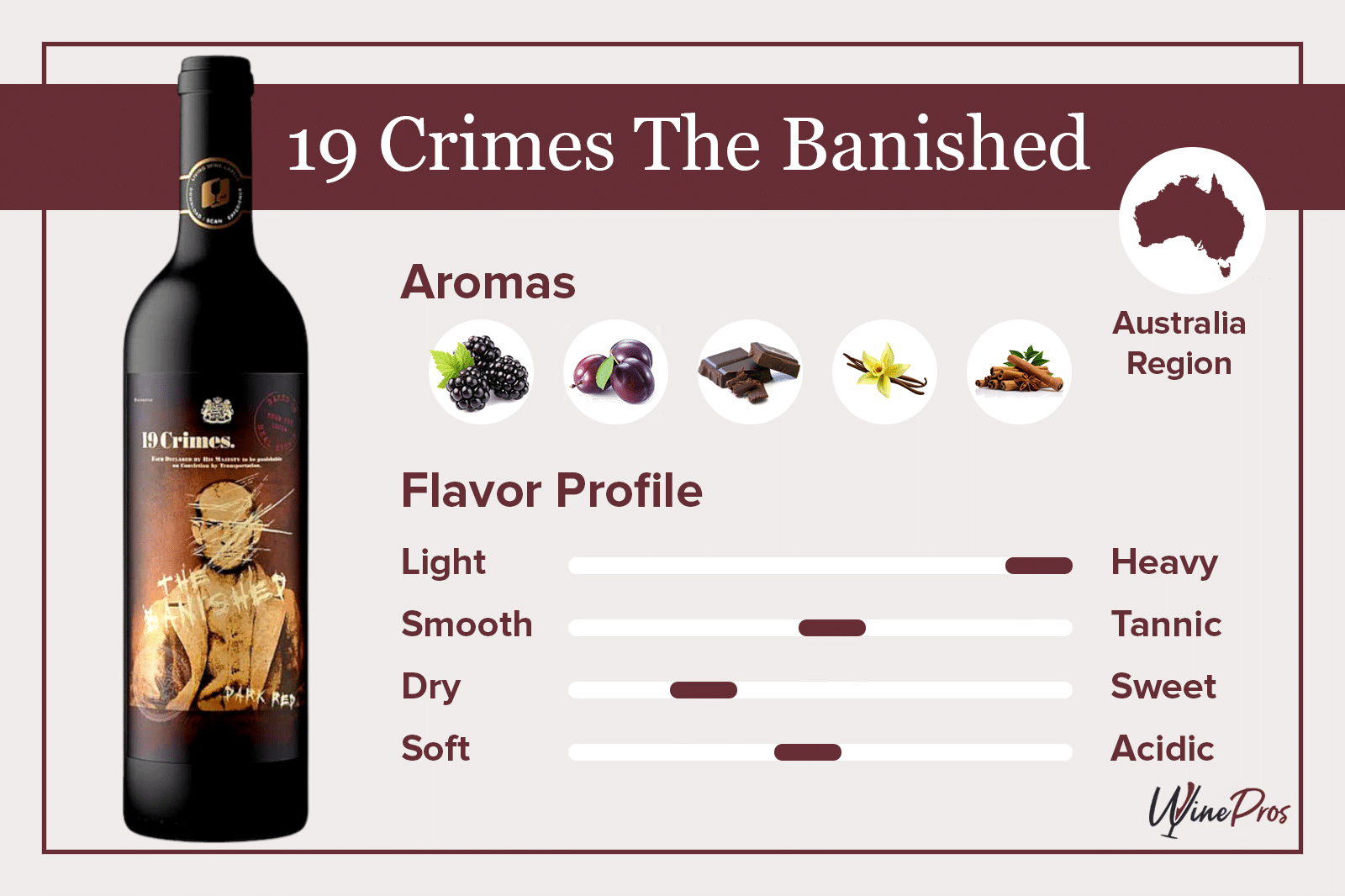 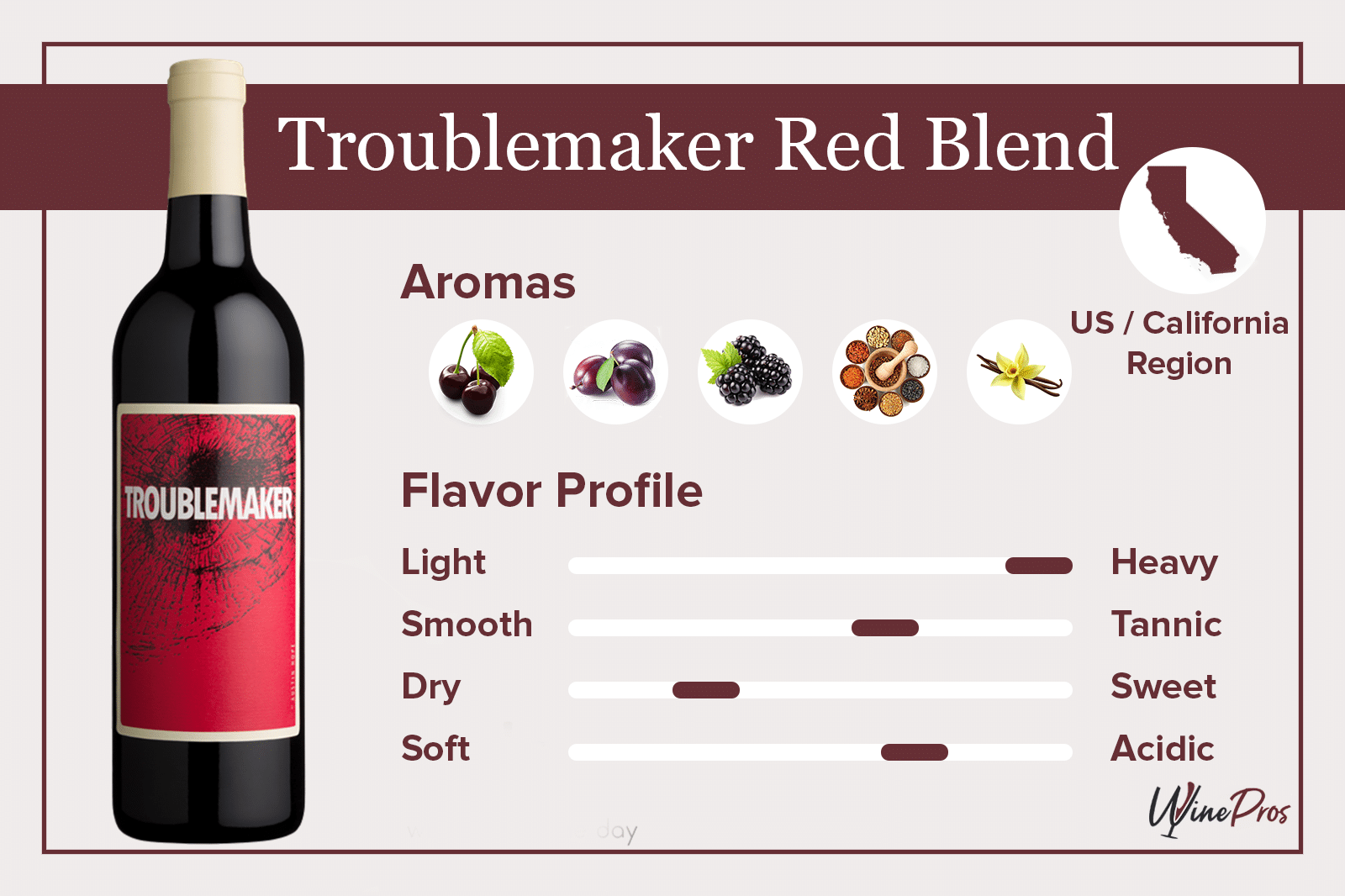