What Kind of Wine Is Rex Goliath Merlot?

Rex Goliath is a plummy red dry wine that has won 50 gold medals in wine competitions. Wait—wow! This wine seems really promising then! Rex Goliath is made from the Merlot grape variety, with the grapes cultivated in vineyards in the Central Valley of California. The Mediterranean climate of the region showers the vines with enough heat to enhance their juice concentration to produce bold and syrupy wines. Successful Californian Merlots have intense jamminess and notes of chocolate and coffee. But let us now find out if Rex Goliath wine is as great as it looks on paper!

I would absolutely recommend Rex Goliath Merlot as a solid wine choice that balances perfectly between bright fruitiness and powerful complexity. Besides, this Merlot has been awarded 50 gold medals in wine competitions and is an incredible example of heartwarming Californian winemaking. What Rex Goliath needs is a chance. You will not regret it.

This wine is soft, supple, and maintains just the right amount of fruitiness and complexity. There is also a particular elegance, as Rex Goliath is luscious and seductive with a decidedly peppery nose. It has a very ripe and round aromatic profile indeed, almost like strawberry candy. On the mouth, multiple layers of delicious berries dominate from start to finish. The tannins are velvety and retain pleasantness, giving Red Goliath a definitive and distinguishable character. Consequently, the wine stands proudly among some of the most interesting Merlot examples of California, the core of the American wine industry.

Rex Goliath Merlot wine has a semi-transparent ruby color, just like wild red cherries, and a center that goes out and mutates into a deep indigo. This happy prime encounter with Rex Goliath is an absolute representation of the typical Californian warm character.

Luscious aromas of cherries and ripe blackberries emerge from the bottle as soon as Rex Goliath is uncorked. A few swirls later, bold secondary aromas of cassis, charred wood, and black pepper add depth to the wine’s aromatic profile. But what completes the sweet-smelling bouquet is the cinnamon spice. It is so perfectly rounded and adds new dimensions to the already spectacular nose. Rex Goliath’s aromas will be engraved on the mind and sought out again and again.

An explosion of plums, cherries, and wild forest elderberries dominate the wine’s delicious palate from the start. As time goes by, it is time for the second layer of flavors to unearth. A slight hint of rubber can be discerned as well, adding additional complexity. The tannins are smooth, velvety, and artfully incorporated into the medium-body of the wine, while the refreshing acidity is certainly invigorating. Rex Goliath hits in terms of sweetness and dryness, and its mellow taste is bound to make wine enthusiasts eager to keep drinking.

Rex Goliath has a fruity and charming finish that is neither too short nor long. It is a finish that you come to expect from wines of this range. Sweet, not intensely tannic, but totally tasty. Rex Goliath finish maintains the straightforward nature of the wine and, in a way, by blending in dark chocolate and smoky notes. Consequently, Rex Goliath closes as refreshingly and charmingly as the first drop poured into a glass.

Rex Goliath, as my review has restated, is a fabulous and unique red wine. And in comparison to other Californian Merlots of its range, it offers a sensual and immersive drinking experience. It maintains the fundamental structural components of its varietal. Its profile is full of overripe, jammy dark fruits, candy-like flavors, silky tannins, ending with a majestic finish. Rex Goliath is extremely versatile, making a great wine choice to bring to parties: It is the ultimate beverage.

Rex Goliath Merlot is a versatile wine and pairs deliciously with, pretty much, any food. But, as a Californian red, it has a tendency to match slightly better with meat-based dishes. For example, a good portion of Lasagna with Wild Mushrooms would elevate the Rex Goliath’s dark fruit aromas.

As its black cherries and wild berries flavors blend amazingly with the earthiness of the mushrooms ingredients. And for more casual situations, a Steak and Caramelized Onion Sandwich, match well with Merlot’s mellowness and charred wood sensations. And in case you ever wondered what wine could pair with Chocolate Cookies, Rex Goliath Merlot is the answer. With its fruitiness and chocolate nature, Rex Goliath finds a paradise in the creaminess and crispiness of the cookies. What more could anyone want?

Rex Goliath Merlot is a product of HRM (His Royal Majesty) Rex-Goliath Winery, which is in Modesto, California. But what defines the winery, is their giant rooster mascot. In the 20th century, Rex Goliath, a 47-pound rooster, was the central attraction of a Texas circus and billed as the “World’s Largest Rooster.” The label of the winery replicates the vintage artwork from the circus banner that hung above Rex’s roost. Consequently, Rex Goliath and their wines pay a tribute to Rex’s larger-than-life-personality, with bold, fruit-forward flavors. After all, and as the winery stresses, Rex is about letting bold fruit flavors express themselves in an easy-to-drink fashion.

How Is Rex Goliath Merlot Made?

As a dry red wine, the wine is made by following the typical winemaking process. The grapes are picked from the vines, sorted, destemmed, and crushed until taken to the winery. There they are placed inside large stainless steel vessels, and alcoholic fermentation begins. Afterward, the wine undergoes malolactic fermentation to soften the mouthfeel, adding complexity to the aromas and flavors and ensuring stability in the final wine. It also the process that shapes the wine’s character. Rex Goliath Merlot has also aged shortly in oak barrels for a period of at least one year before bottling, adding intense wood aromas.

Where Is Rex Goliath Merlot Made?

Rex Goliath wine is made from Merlot, in Modesto of the Central Valley in California, with its renowned wines and state-of-the-art wineries. Combinations of warm, bright sun and cooling influences from the Atlantic Ocean are responsible for the creation of a diverse range of wine styles. The Central Valley is famous for its fertile soil and easy irrigation that is used to increase yield, resulting in the production of thousands of wines every season. Moreover, the region is known for introducing a new winemaking style that challenges the European tradition.

In California, the emphasis being on the fruitiness of the wines instead of the structure. Finally, the Mediterranean climate provides ceaseless summer sunshine helps the vines to produce grapes with increased flavor concentration. On the other hand, the Atlantic Ocean, with cooling influences and fog, cools the vines from the intense heat. This diversity enables California to produce an extensive range of wines of varying levels that are acknowledged by worldwide wine enthusiasts.

How to Serve Rex Goliath Merlot?

A classic Merlot, intended to be savored in casual meals, should be poured into regular larger-sized wine glasses. By doing so, the air will come into contact with the wine surface and help Rex Goliath unveil its aromatic and flavor intensity. Furthermore, the ideal serving temperature is 60 degrees Fahrenheit (or 10-15 Celsius). However, Rex Goliath also is enjoyed by chilling it. Twenty minutes before serving, take the bottle, wrap it in a wet paper towel, and place it inside the fridge. Then, after uncorking, leave Rex Goliath uninterrupted for an additional five minutes. Its dark fruit aromas and red berry flavors are going to explode, offering sharp crispiness. Oh, a perfect wine for perfect people.

How Much Does Rex Goliath Merlot Cost?

Rex Goliath Merlot is cost-friendly, and therefore anyone can appreciate its Californian nature. Rex Goliath Merlot price ranges from $10 to $15 per 750ml bottle, depending on the retailer. This price point should prompt wine enthusiasts to purchase Rex Goliath Merlot, as it is a tasty wine that is great with a variety of different courses.

Rex Goliath Merlot, having undergone an almost one-year maturation in oak barrels, could potentially be put away for long-term storage. By aging the wine, tertiary aromas and flavors are expected to develop, such as prune, fig, and dried berries, adding additional body and structure.

Rex Goliath bottle must be sealed with a cork and placed safely away from direct exposure to sunlight or artificial light in an odor-free environment. I would not recommend storing Rex Goliath Merlot for a period of longer than three years as that might harm the wine’s quality.

How Many Calories Does Rex Goliath Merlot Have?

Rex Goliath Merlot is a good dietary option. There are about 24 calories in 1 fluid ounce of the beverage, equating to a total of 124 calories per serving. Rex Goliath Merlot calories breakdown is: 0g fats, 0g sodium, 3g total carbohydrate, 0g protein, and 8g total sugars. While appreciating Rex Goliath will not drive any dietician crazy, the residual sugar needs some monitoring. I get that you probably like the wine so much, you want to drink the bottle in one go, but believe me, this is not the wisest of choices. Furthermore, Rex Goliath Merlot alcohol content is 13, 5%, a usual alcoholic concentration for a Californian red wine.

Well, all good things come to an end, and therefore, it is time to depart and be on my way. But before we bid our goodbyes, I would absolutely recommend Rex Goliath Merlot as a solid wine choice that balances perfectly between bright fruitiness and powerful complexity. Besides, this Merlot has been awarded 50 gold medals in wine competitions and is an incredible example of heartwarming Californian winemaking. What Rex Goliath needs is a chance. You will not regret it. 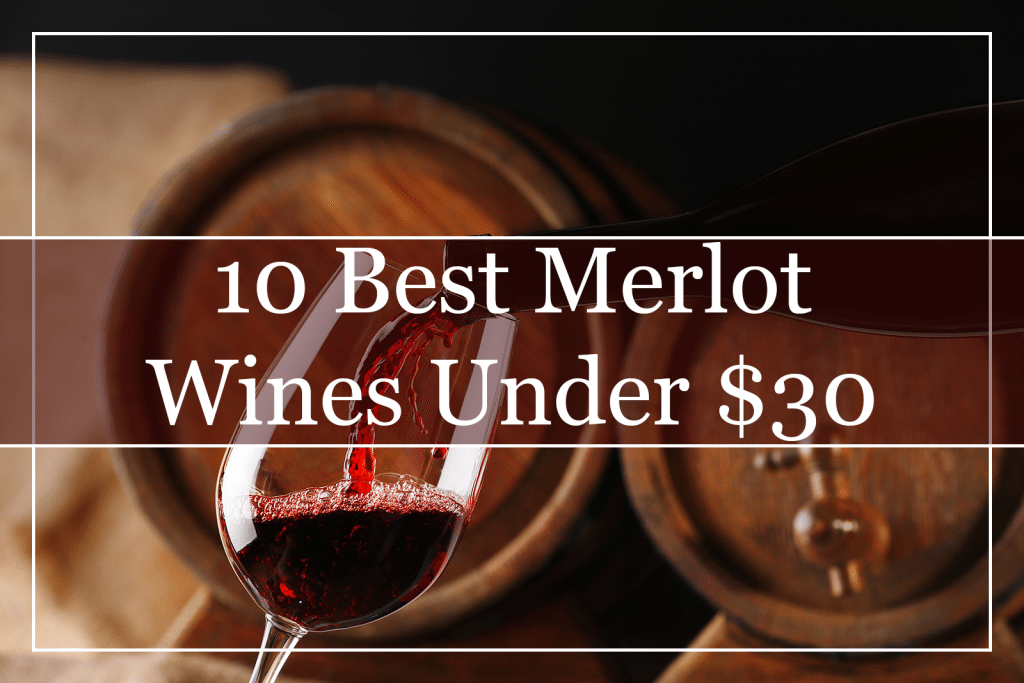 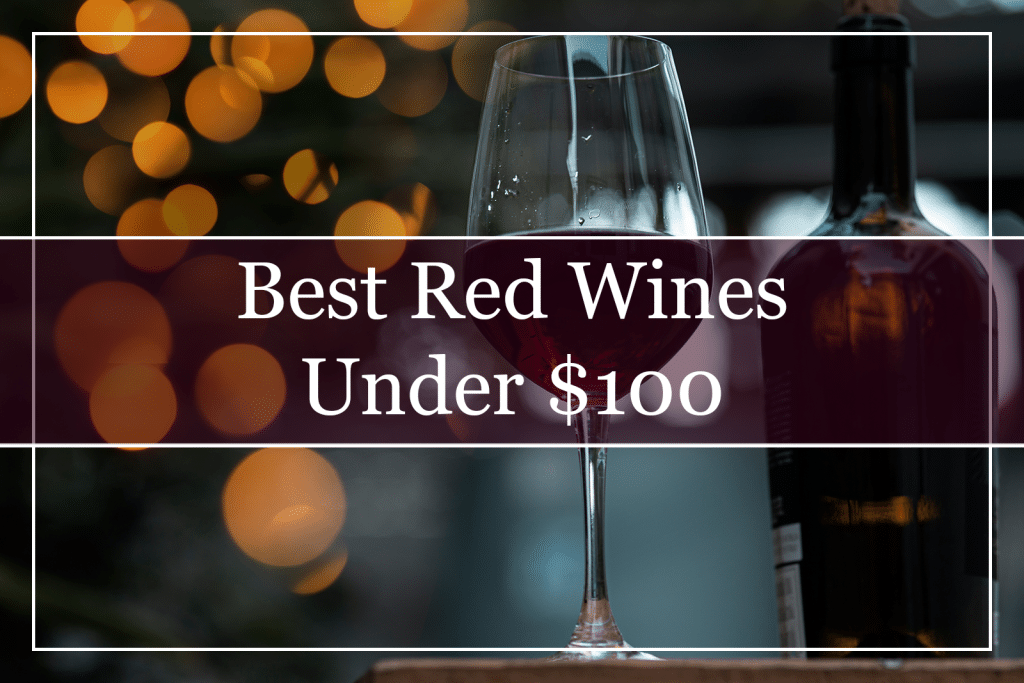 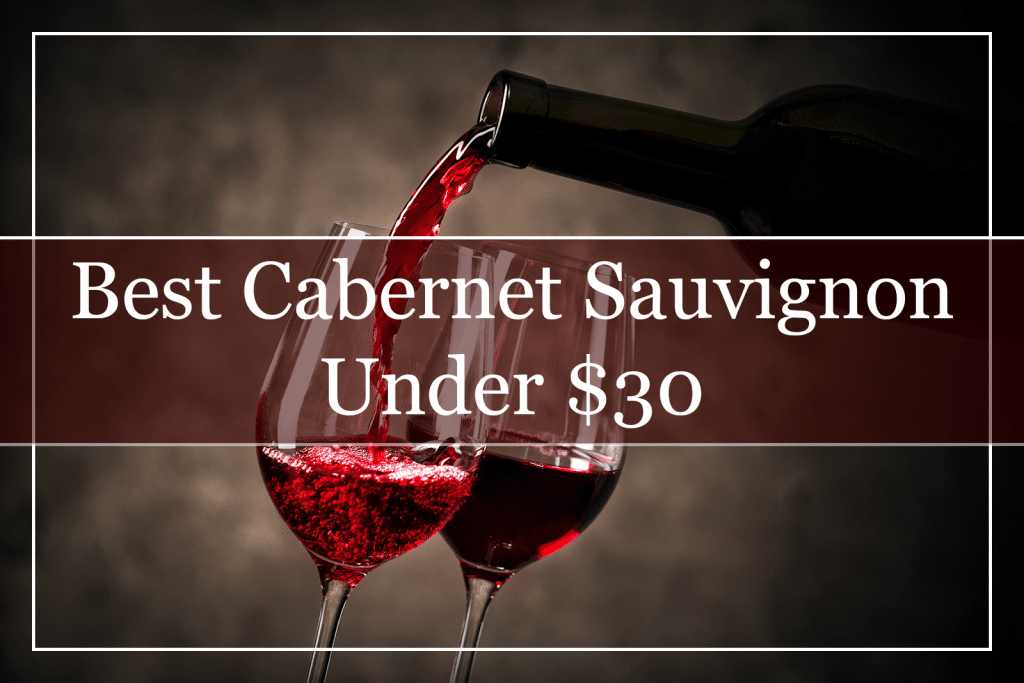 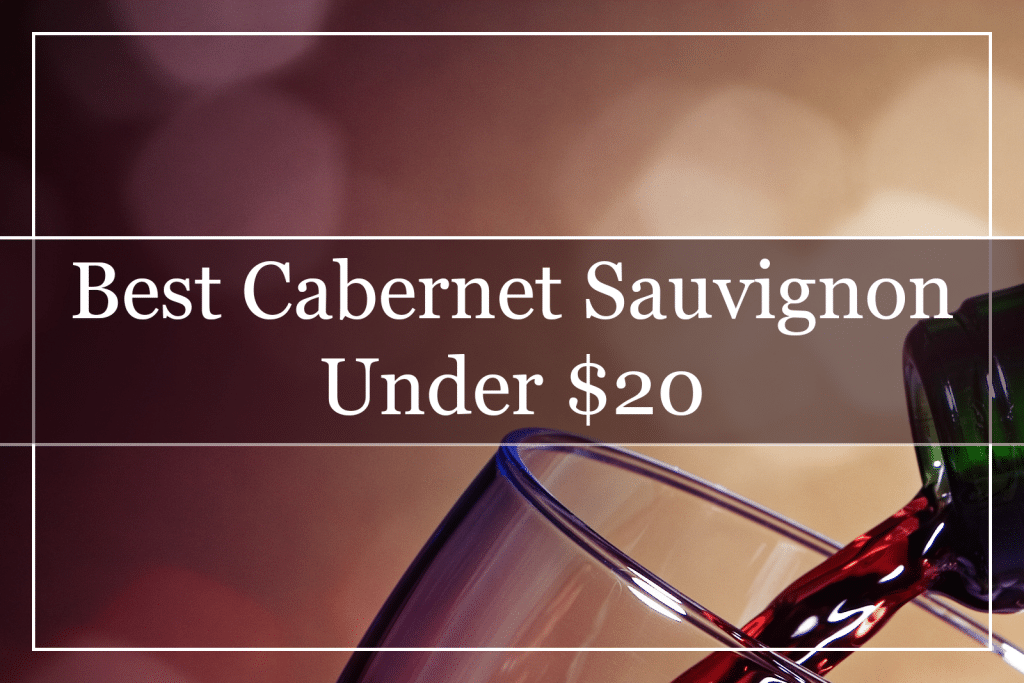 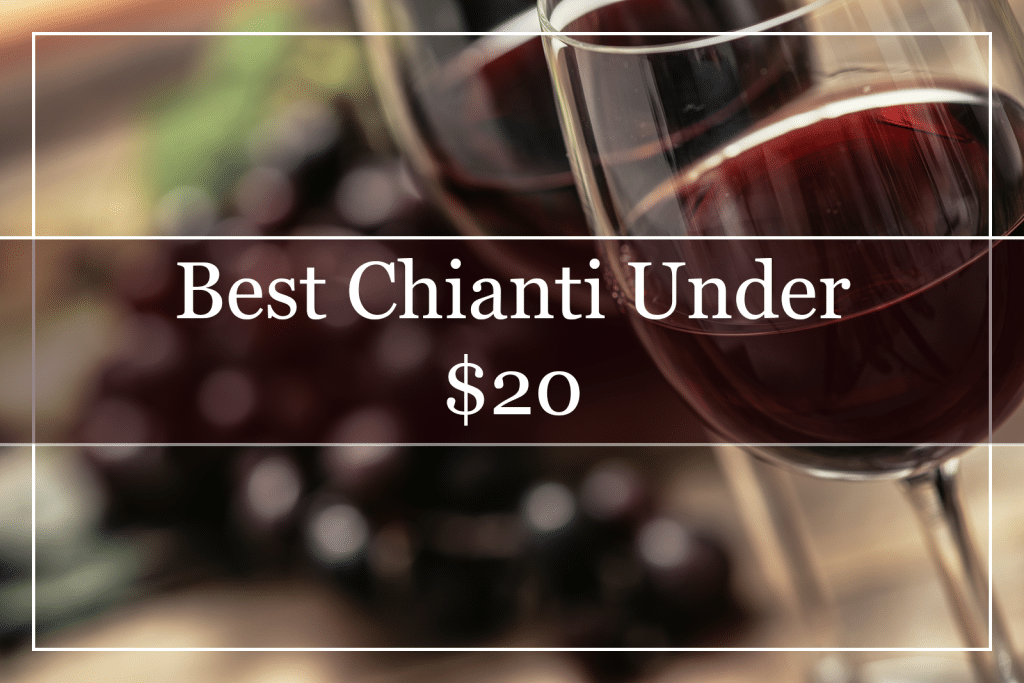 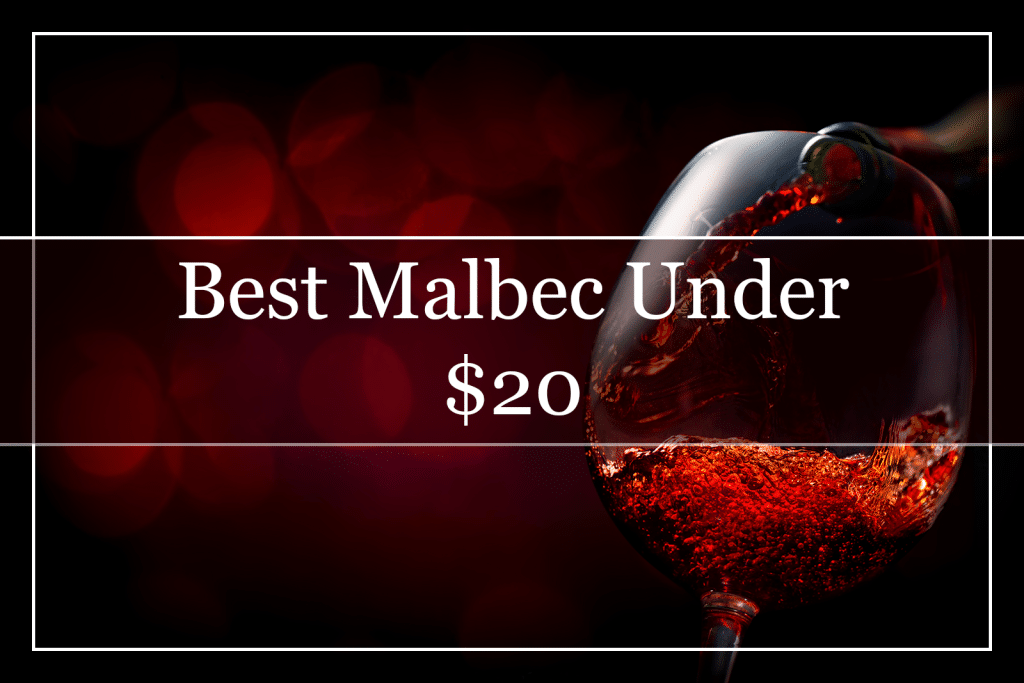