Mourvèdre is one of the oldest wines and it seems it was introduced to Spain by the Phoenicians over two thousand years ago. Originally the area around Valencia was the center for this wine but the cultivation of the wine expanded over time into France, in particular, Provence and the Rhone. Mourvèdre vines were devastated by the ‘Phylloxera’ pandemic which encouraged the vine cultivations to be moved to America and Australia.

Vines planted in the Bandol region in France were spared the destruction from ‘phylloxera’ as a result of the sandy soils dominating the area, which inhibited the proliferation of the disease. Sadly, the Spanish producers suffered a re-occurrence of the disease in 1989 but have subsequently recovered and Spain remains the largest producer of Mourvèdre.

Mourvèdre is a full-bodied red wine made from the distinctive black grapes. It is grown in France, particularly in the southern Rhone valley where the warmer climate suits this grape. In Spain, the variety is known as Monastrell while in the USA and Australia the wine is called, Mataro. While Mourvèdre is available as a single varietal wine it plays a pivotal role in blending with Syrah, Cinsault, and Grenache.

Mourvèdre characteristics include a late ripening and budding trait that induces a wonderful full flavor of dark berries coupled with substantial acidic foundation. The vines prefer sunny slopes but also require a significant amount of water to develop their vigorous growth. The fruit bunches consist of tightly bunched dark and thick-skinned grapes which are susceptible to mildew attack.

As a result of the vigorous canopy growth and the grapes requirement for sufficient sunshine Mourvèdre vines require a significant amount of pruning.

Once treated rather harshly because of the poor quality of the wine produced in Spain, the French gave it the name ‘the dog strangler’. Happily, Mourvèdre has seen significant improvements in quality in recent years.

What Color Is Mourvèdre?

Mourvèdre is a rich dark red hinting towards purple. On the scale of depth of color, Mourvèdre is right on the deeper edge next to Syrah. Opaque with a dark violet hue the dense color is a tantalizing introduction to the rich qualities of the wine.

What Does Mourvèdre Mean?

It is thought that the name, Mourvèdre, was derived from the Spanish town Murviedro. The rich historical area can trace the ancestry back to Roman times when the area was called Saguntum.

How to Pronounce Mourvèdre?

It seems to me that the French have spent considerable time and energy putting letters together to make words that English speakers struggle with. So, in trying to bring Mourvèdre pronunciation to life here are a couple of pointers.

Firstly, the emphasis is on the first syllable. English speakers will look at the ‘o’ and ‘u’ combination as in words like cough or plow but that would lead to errors so instead of though try ‘through’ so the first syllable should rhyme with the sound that a cow makes in children’s stories, ‘Moo’.

That is the easy part and to make sense of the plethora of following consonants do the French thing and slur them into one long monosyllabic exhale rhyming with ‘bed’ but using a ‘v’ instead of a ‘b’. So, try it one more time, ‘mooved’. Cheers.

Where Does Mourvèdre Come From?

An old French maxim says the requirements to successfully cultivate Mourvèdre vines is to have the vine with its head in the sun, its feet in cool soil, and a view of the sea. While the last requirement appears optional the first two have endured the test of time and slopes that benefit from longer sunshine are favored for this wine.

Legends indicate that the wine was first brought to the Iberian Peninsula by the Phoenicians over two thousand years ago. The wine is known in Spain as Monastrell. The grape is grown in the warmer parts of eastern Spain from Jumilla down to Alicante.

In America, Mourvèdre is known as Mataro from the name of the Spanish town where the stock was exported to America. It is only grown in the warmer areas of California and Washington State as well as New Mexico, Texas, and Virginia.

Mourvèdre was introduced to Australia in eighteen thirty-two and one of the oldest Mourvèdre vineyards is found in the Barossa Valley (dating back to 1853) where eight rows of the pre-phylloxera vines still exist.

At the time of the introduction to Australia, the variety was referred to as Mataro but the trend to associate the wine with the more illustrious French name, Mourvèdre seems to be gaining weight.

What Kind of Wine Is Mourvèdre?

Mourvèdre is sometimes described as a meaty or gamey wine, with a deep red color and strong in tannins and flavor. The high tannins create a bold wine with strong flavors of dark fruit and rich herbaceous aromas.

The fruit is generally quite small with thick black skins which are rich in phenolic compounds. Mourvèdre ripens late in the season and careful attention is required to ensure that the grapes are harvested prior to the acidity declining.

Mourvèdre taxes the patience of vignerons as the vines develop slowly and take up to five years before the first successful harvest.

The late ripening allows the sugar content to increase resulting in a rise in the alcohol level too.

Mourvèdre has traditionally been viewed as a wine for blending particularly with Grenache and Syrah largely as a result of its high tannin and herb aromas.

Is Mourvèdre Dry or Sweet?

Mourvèdre is a medium to dry red wine.

The skill of the winemaker and the location where the wine is grown play a significant part in the flavor of the wine. The taste of Mourvèdre from France is quite different to that of the Spanish Monastrell or the Australian Mataro. The flavor profile of Mourvèdre grapes grown in Southern France is a complex combination of blackberries coupled with fairly high tannins and alcohol content.

In Spain, the Mourvèdre tasting notes describe more of the red fruit notes and a reduction in the amount of tannins present.

There is a growing tendency in California to produce a lighter Mataro wine with lower alcohol and scents of berries and plum flavors. There is however a wide variety of body and alcohol content in the American wines with the younger fruitier wines having a low alcohol content of less than twelve percent. Whereas the more robust and fuller wines can have an alcohol content of over fifteen percent.

In Australia, the Mourvèdre aroma is one of the earthy notes and herbaceous undertones coupled with soft fruit flavors of red berries, cherries, plums, and blueberries.

Young Mourvèdre wines can have a strong gamey flavor which with aging mutates into subtle aromas of leather and fallen leaves.

How to Serve Mourvèdre?

When we deal with a full-bodied wine there is the long drawn out maxim of serving a wine like this at room temperature. Maybe rooms were colder in the past but in present conditions room temperature is a little on the warm side for Mourvèdre.

Perhaps sitting next to a fire on an autumn evening would be the correct temperature to serve Mourvèdre but that is too nebulous a guide to rely on so rather keep the wine between sixty to sixty-five degrees Fahrenheit.

Keep in mind that the general guide for wines is that fuller and more structured wines should be served a few degrees above lighter wines. As an example, a light Pinot Noir would ideally be served at around fifty-four degrees, and that about sets the range from light to full. (Fifty-four for light reds to sixty-five for the full reds)

A brief word of caution though, lower temperatures may amplify the tannin presence in the wine and that may upset the balance of a wine like Mourvèdre. Before you are tempted to err on the high temperature side be careful of the effect this might have on the alcohol content. This may in turn induce a loss of freshness in the wine.

A final thought on temperature is to remember that the temperature of the wine raises fairly quickly in the glass. So, if you would like to warm the wine a little feel free to cradle the bowl in your hand for a while. Similarly keeping your fingers on the stem of the glass will assist in keeping the wine at the right temperature.

The correct glass in which to serve Mourvèdre is one with a fairly wide bowl that allows the wine to breathe and a narrower opening to enhance the aroma of the wine.

How Long Should Mourvèdre Breathe?

Let’s address what benefits would be achieved by introducing oxygen to the wine. For wines that have significant tannins like Mourvèdre an hour of breathing may well soften the tannins. Similarly, with wines with a potential for reductive aromas, (Mourvèdre is certainly a prime candidate) allowing the wine to breathe for an hour may well reduce the sulfur-like odors.

When it is all said and done remember that swirling the wine in the glass a couple of times and taking a good sniff of the aroma every so often may just be the essential guide required.

What Food to Pair With Mourvèdre Wine?

Mourvèdre food pairing is a heavy-weight affair. None of the prancing fly weight stuff here! We need meat with muscle. The subtle flavor of fillet will not stand up to the robustness of this wine so look for game and marbled cuts with a significant fat content to balance the tannins. Substantial acidity and rich fruit will find a comfortable balance with barbecued meat.

Roast duck, roast lamb, and grilled lamb chops are great choices to serve with Mourvèdre and this is the perfect time to experiment with rich and spicy sauces.

What Cheese Can You Pair With Mourvèdre?

With its deep, rustic flavor, Mourvèdre is wonderful with a range of cheeses. You can’t go wrong with your Mourvèdre cheese pairing whether you choose hard or soft cheeses for your cheeseboard.

Mild Cheddar, Edam, Gloucester, Manchego, Pecorino, Roncal, or Smoked Gouda. The earthy flavors of this wine will also work well with cheeses like Stilton or Roquefort which are full of rich creaminess.

How Much Alcohol Does Mourvèdre Have?

Mourvèdre alcohol content is dependent upon the region and the winemaker. The lighter Californian wines start off at around twelve percent and the range moves up through the heavier French and Spanish wines to some examples of wines at over fifteen percent.

How Many Calories Are There in Mourvèdre?

If you are wondering about the amount of carbs in Mourvèdre, in the typical five-ounce serving, there are approximately one hundred and thirty calories and around four grams of carbs.

Perhaps it is the aura of romance about drinking a wine that the Phoenicians brought to Europe so very long ago. A wine that was brought to the very edge of extinction by phylloxera and yet, survived. Survived and did so much more. It deserves to be cherished and honored. The growing popularity of the wine, coupled with the enthusiastic and adventurous experimental techniques used to conjure up a full-bodied and balanced wine, mean that in my book, it deserves every opportunity to assume a leading role in the red wine stakes. 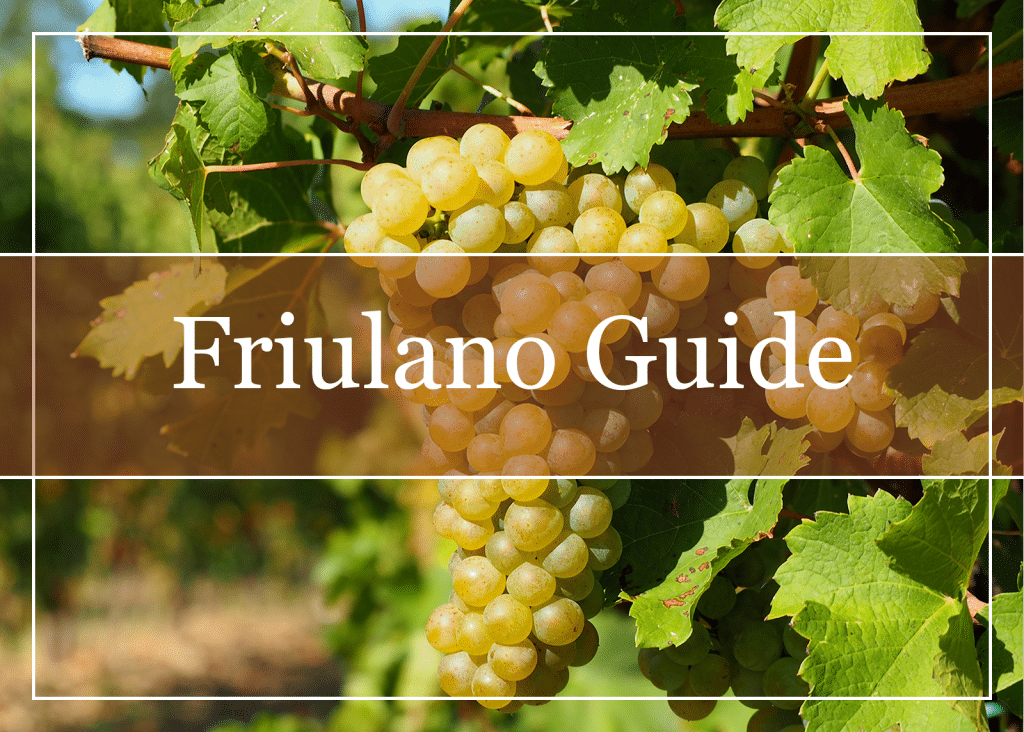 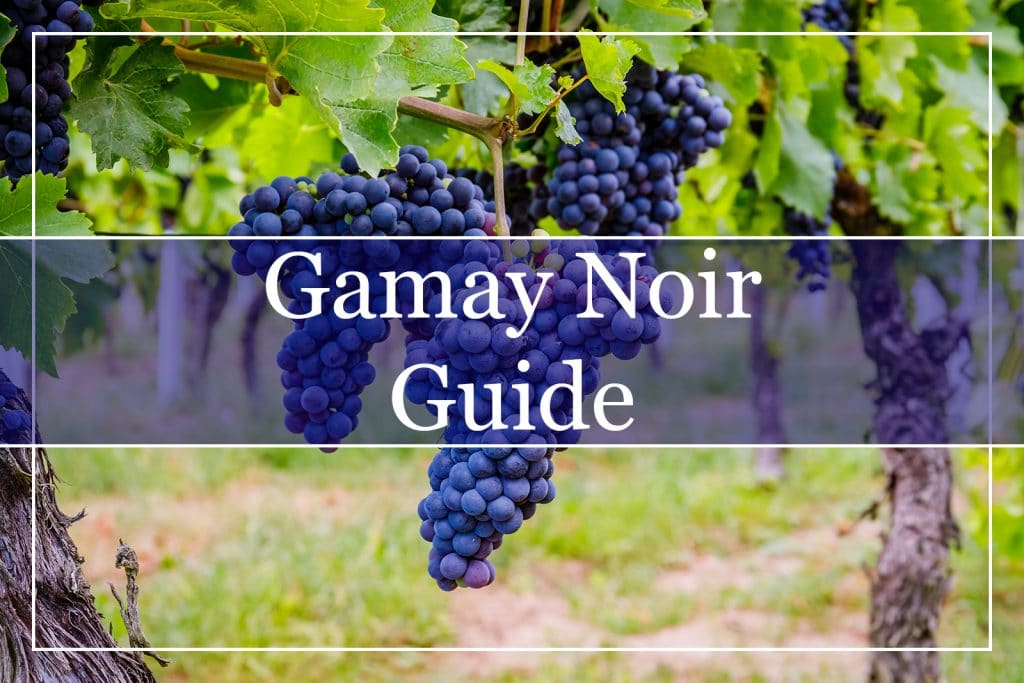 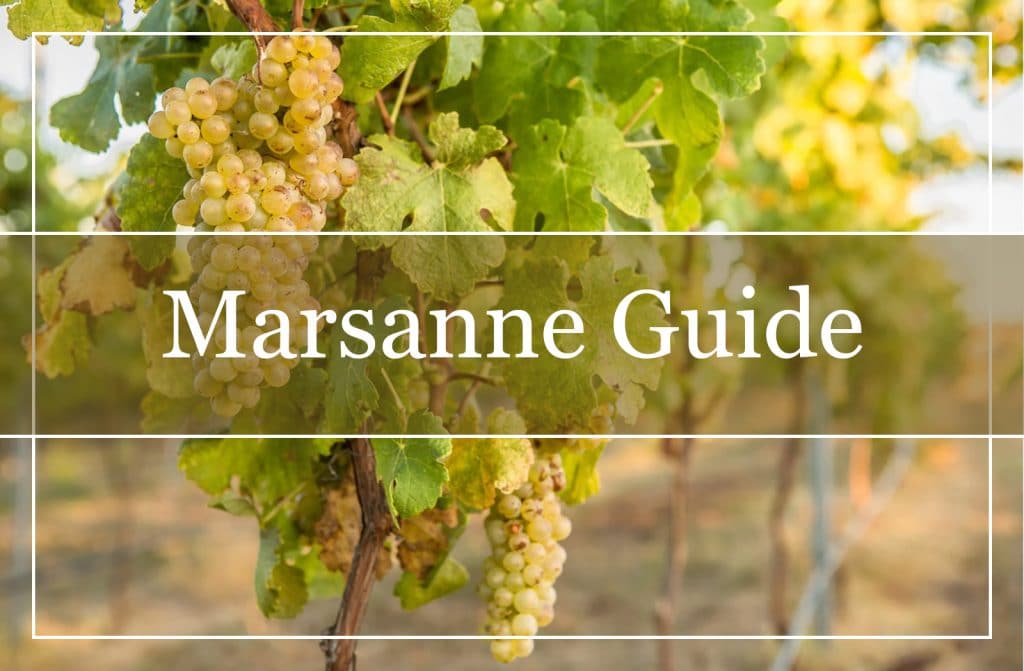 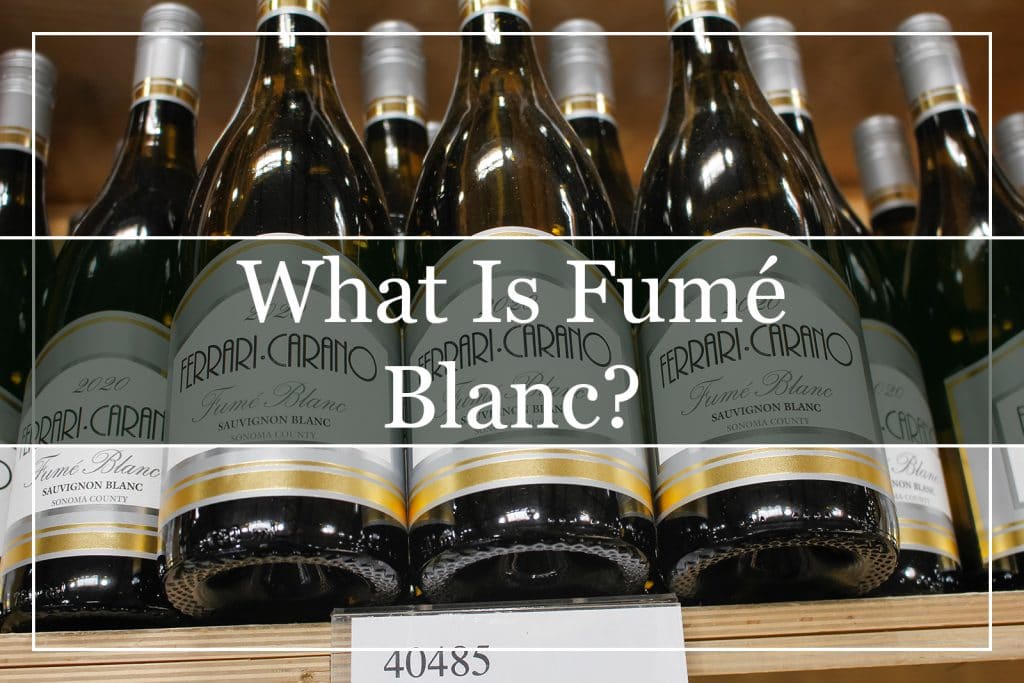 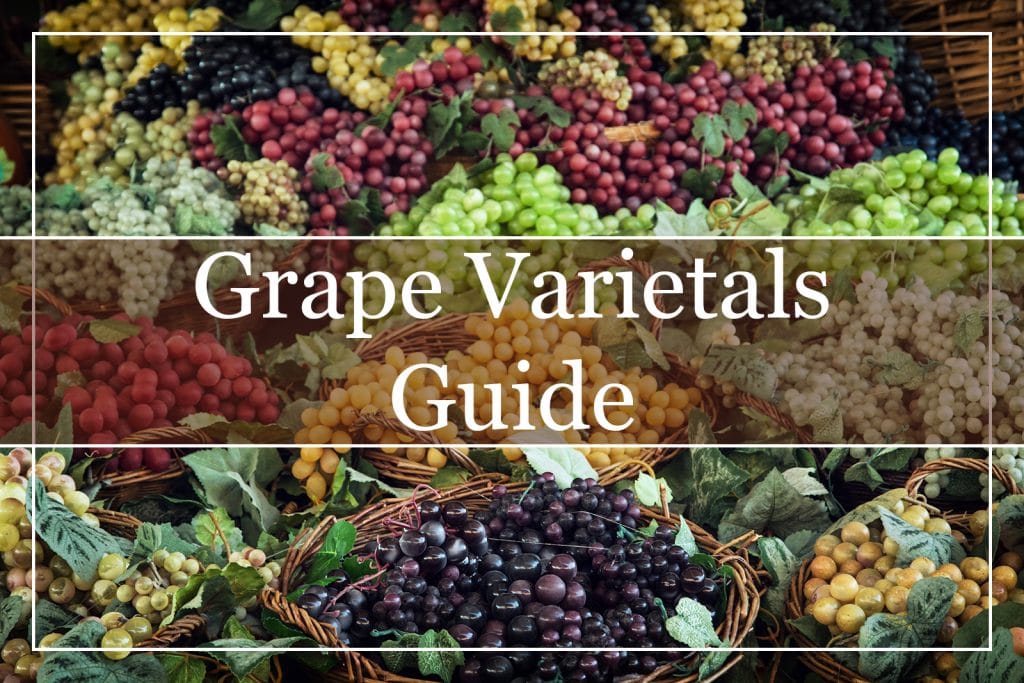