What Is Gamay Noir?

Gamay Noir characteristics center on its’ gentle floral fragrance coupled with a high natural acidity and low tannin content. It is predominantly grown in France with smaller quantities produced in Switzerland, Canada, Turkey, and Italy. Rumored to be the wine of choice for Thanksgiving dinners, it is an agreeable companion to a wonderfully wide variety of foods.

Closely related to Pinot Noir, the full title of the wine is ‘Gamay Noir a Jus Blanc’ to distinguish it from the Gamay Teinturier varieties which have red flesh.

One of the older wines going back to the fourteen hundreds, it has its roots firmly planted in Beaujolais. It achieved great popularity because of its easy and vigorous growing style compared to Pinot. The Beaujolais region became the bastion for Gamay Noir when the Duke of Burgundy, Philip the Bold, banned the production of it in 1395 because he felt that it was grossly inferior to Pinot Noir.

The most widely recognized version of Gamay noir is Beaujolais Nouveau. This traditional vintage arrives every year promptly on the third Thursday of November in Paris, to much delight and anticipation. The emphasis on haste, however, has had a detrimental effect on the quality and reputation of the wine. It is important to remember that there are three distinct types of Gamay Noir.

While the traditionalists may well have reservations about the wine, its’ juicy and simple presentation has resulted in a substantial and increasing circle of supporters for the unfussy and straightforward wine.

There is a concerted effort among the winegrowers of Village Beaujolais and Crus Beaujolais to move away from the carbonated maceration process and produce wines of greater body and color.

What Color Is Gamay Noir?

Sometimes described as garnet, which is a silicate mineral with an almost transparent red color, Gamay Noir color can range from a light red to deep ruby with a sometimes purple to a blueish hue.

The grapes are a deep purple color, rich and full, small, and tightly bunched. They have fragile skins and require significant care to avoid damaging them.

What Does Gamay Noir Mean?

Gamay is the name of the grape and the wine. Originally from the French word, ‘gamet’, and receding event further back into middle French ‘gaamez’. Noir refers to the color ‘black’ but the full name for the wine, ‘Gamay Noir a jus Blanc’ produces the rather quaint but conflicting name of ‘black with white juice.’

How To Pronounce Gamay Noir?

For a change, Gamay Noir pronunciation is rather easy with French pair of words pronounced pretty much phonetically. There are no silent consonants to trip you up and you simply say ‘Gamay’ with a slight emphasis on the second syllable as you would say, ‘Ga May’. ‘Noir’ is best pronounced by exhaling as you say the word. Would that all French words were so disarmingly simple to pronounce. Gamay Noir pronunciation

Where Does Gamay Noir Come From?

Originally the wine is thought to have been brought to Burgundy from Germany, but it received a rather unfriendly welcome and was relegated to the granite-like soils of the Beaujolais hills a little north of Lyon.

Turns out that this was a result of a political spat between the duke of Burgundy and his nephew, King Charles IV. They were at loggerheads over who could produce the better wine. Happily, for Gamay Noir, the granite soils were a perfect place to settle down.

The wine has become firmly rooted in the Beaujolais region south of Burgundy. More often than not you will find the wine is sold under the Beaujolais label in France. This region produces around seventy-five percent of the world’s Gamay wines.

Switzerland also has taken the wine into its heart and the trend there is to blend it with Pinot Noir. Further east, in Croatia, Kosovo, and Serbia the wine also enjoys good support.

What Kind of Wine Is Gamay Noir?

Gamay Noir is a light-bodied red wine that displays a lighter texture than its cousin Pinot Noir. The thin-skinned grapes are quite delicate and require gentle handling. This has encouraged the use of carbonic maceration which produces a wine with a sweetish flavor and banana-like taste.

Red cherries, strawberries, raspberries, and red plums are the most common fruits that spring to mind when tasting this wine. It is the aroma of the wine that is most striking with strong tones of fresh-cut violets and other floral fragrances.

Gamay Noir wine tends to be on the light side with a well-defined acidity and a finish that hints at earthy tones. This light-bodied red wine is distantly related to Pinot Noir, and the Gamay Noir grape also originated in the vicinity of Burgundy.

Gamay Noir is a light-hearted version of Pinot Noir that offers the wine drinker delicate aromas and soft earthy hints on the palate. Pairing Gamay Noir with food is no problem because it does not dominate even the most subtle flavors. This characteristic makes it one of the few red wines that are delicious with fish. You could call Gamay Noir the humble drinkers Pinot Noir as this red wine costs considerably less per bottle.

Is Gamay Noir Dry or Sweet?

Gamay Noir tends to be considered fairly dry because of the higher than average acid content. The acid content is balanced by the fruit first quality of the wine.

Gamay Noir aroma produces notes of sweet flowers and candy while the taste has wonderful intense, sometimes verging on a tart, red fruit quality. The wine is often referred to as juicy as the fruit-forward body mingles with its acidity. Typical fruits of the Gamay Noir flavor profile include strawberries, currant, and watermelon. Gamay Noir tasting notes relating to the carbonic maceration process, refer to the almost bubble-gum sweetness.

The rich fruitiness of the wine is balanced by an acid content just on the higher side of the medium while the alcohol content remains subdued at just below average for red wine.

Gamay Noir has the wonderful combination of substantial acidity and low tannins that allows it to pair easily with a wide range of foods.

How to Serve Gamay Noir?

Along with the correct temperature, the correct shape of the glass is also important. Remember that the aroma of Gamay Noir is so central to its enjoyment so choose a glass with a wide bowl like a Burgundy glass. This will allow the wonderful aromas to excite the senses.

How Long Should Gamay Noir Breathe?

Aerating the wine will also add to the enjoyment of Gamay Noir. Simply opening the bottle, a little while prior to drinking is not going to have too much effect. The whole principle of aerating the wine is to allow as much oxygen as possible to interact with the wine and the small opening of the bottle is not going to be able to allow this. So, you should rather pour the wine into a decanter and let it breathe for half an hour before you drink it. The small wait will do wonders for the taste and enjoyment of the wine.

What Foods to Pair With Gamay Noir?

Gamay Noir food pairing is one of the best reasons to serve this wine. It goes with almost all foods as a result of its’ high acidity and low tannin content. The rich fruit has been one of the characteristics that has promoted Gamay Noir to the favorite wine served with Thanksgiving meals.

It is not the only turkey that pairs well with Gamay Noir but also roast chicken and other grilled meat dishes. The range of well-matched dishes stretches further into fish items like salmon and tuna.

Pasta with tomato-based sauces goes well with Gamay Noir as does spicy sausage and sauces with a touch of acidity.

Roasted vegetables with herbs like rosemary and sage add a complementary element to this wine.

And don’t forget the cheeses. The whole range of cheeses from soft and ripe Camembert and Brie to well-matured Cheddar are great companions. Both Feta and Emmental pair nicely with Gamay Noir and even Raclette comes to the party. In short, Gamay Noir is one of the most food accommodating wines around.

How Much Alcohol Does Gamay Noir Have?

The Gamay Noir alcohol content range depends upon the fermentation process. Normally it sits comfortably between 10.5 and 12.5 percent, but it may edge slightly upwards in some areas.

How Many Calories Are There in Gamay Noir?

The once ‘get to town first’ vintages of Gamay Noir have happily made way for the more considered wines which have forsaken the haste of the 1970s and ’80s. The Beaujolais Nouveau wines born in sealed tanks and subjected to fermentation using the carbon maceration process produce a wine which some would say had boiled sweets and banana credentials.

There is a strong trend among the growers in the Beaujolais crus to retrace the traditional methods of making wine. By using open wooden vats to ferment the wine and wooden barrels to age it, they have managed to add a greater depth of color and higher tannin content. These methods allow the wine to be stored for four or five years after harvest.

Gamay Noir does undergo a little ‘enhancing’ when produced in the Swiss wineries. The addition of sugars tends to make the wine lean heavily on the light side.

Gamay Noir also embraces an eclectic range of foods with which to make a wonderful duet. So the range of wines produced by this grape will appeal to those looking for a fresh and light easy drinking wine. 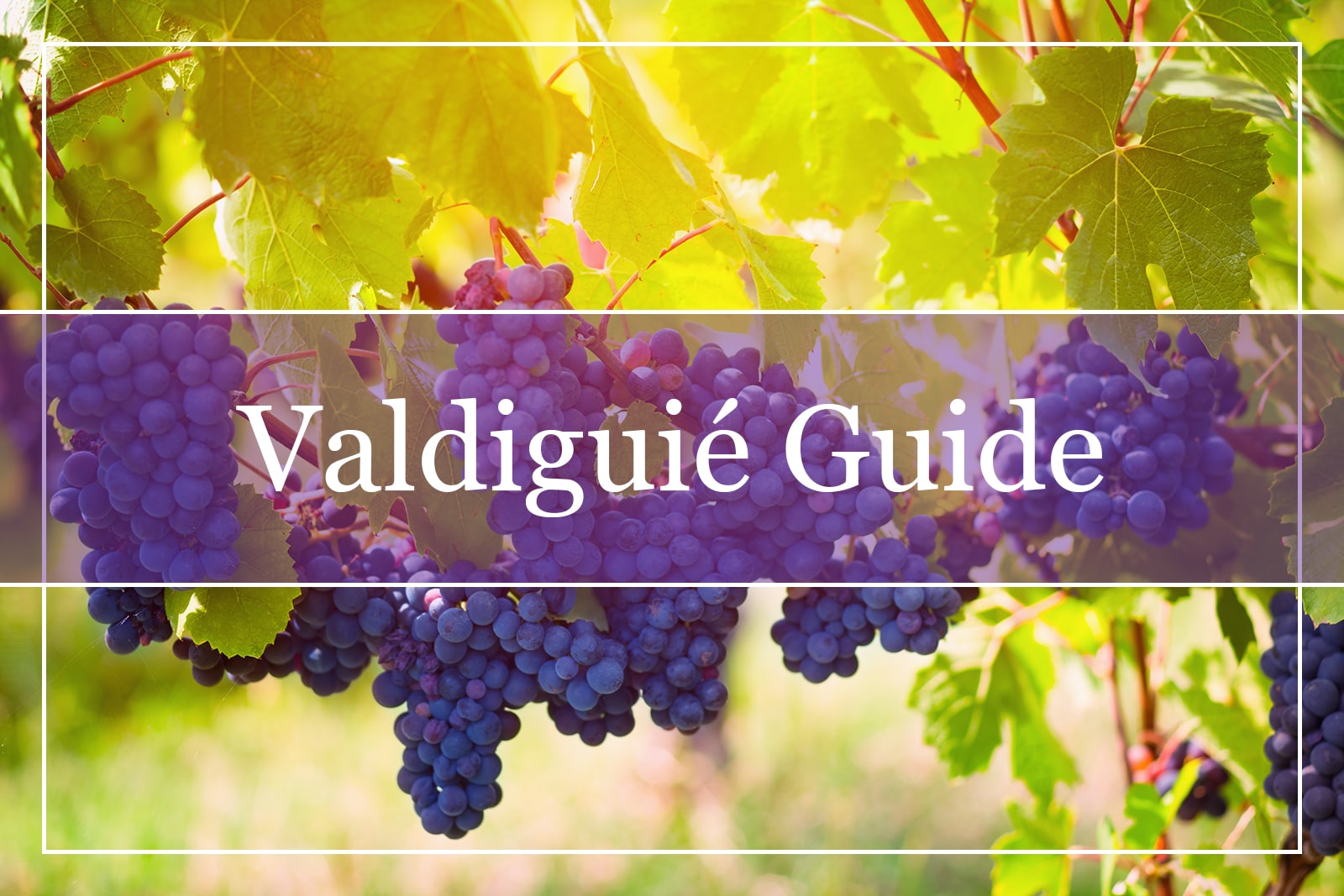 Your Essential Guide to Valdiguié Wines 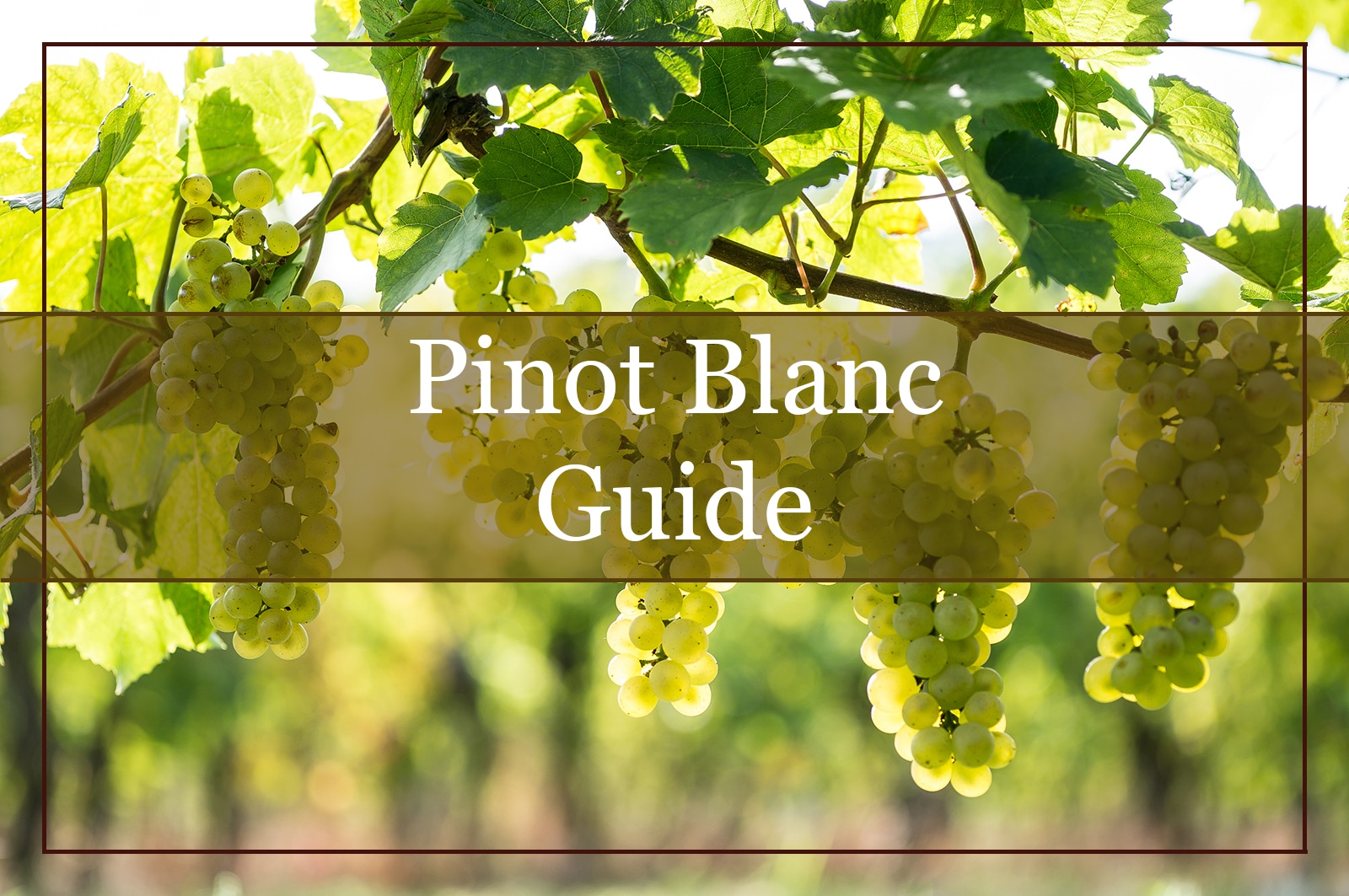 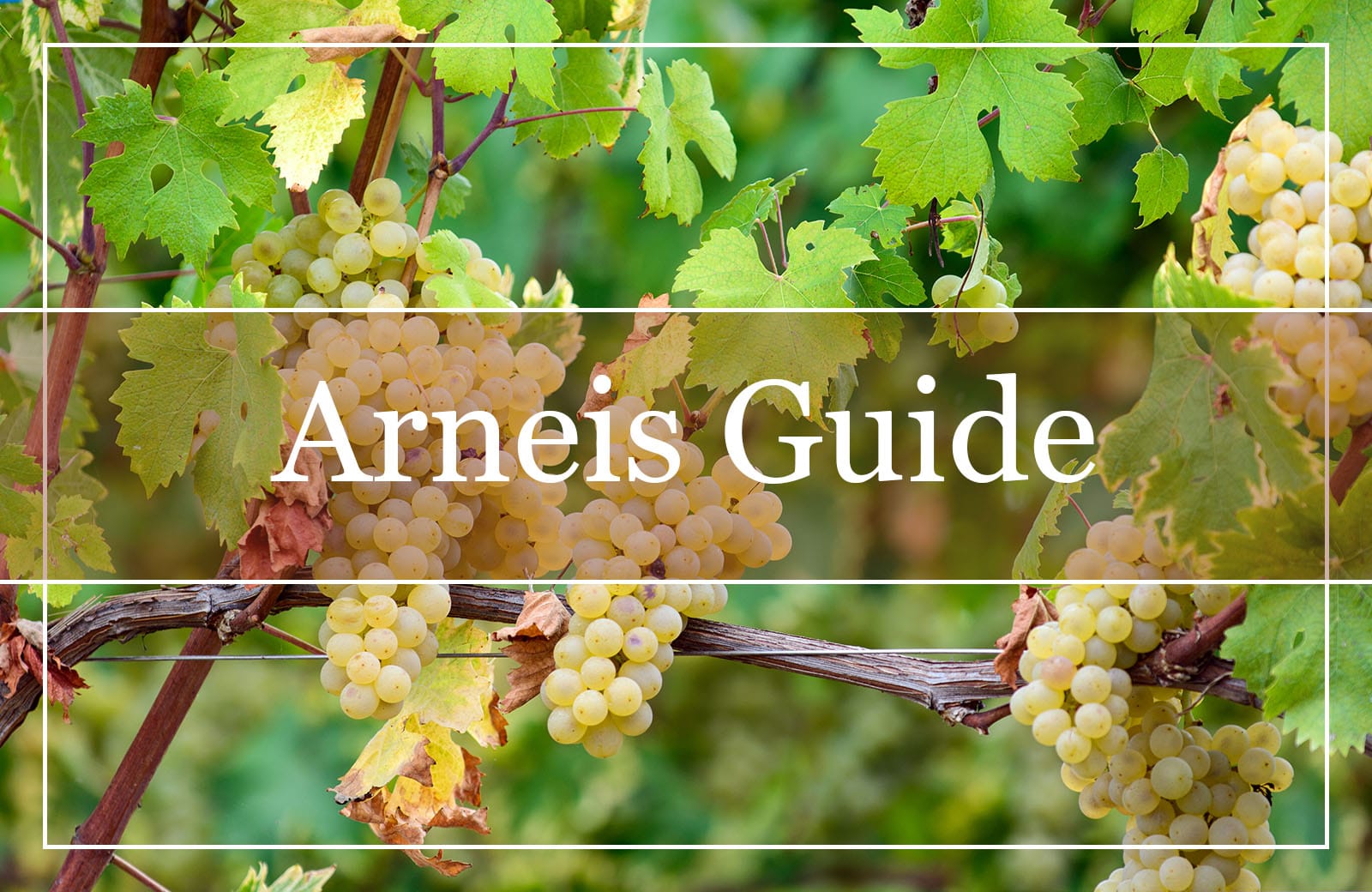 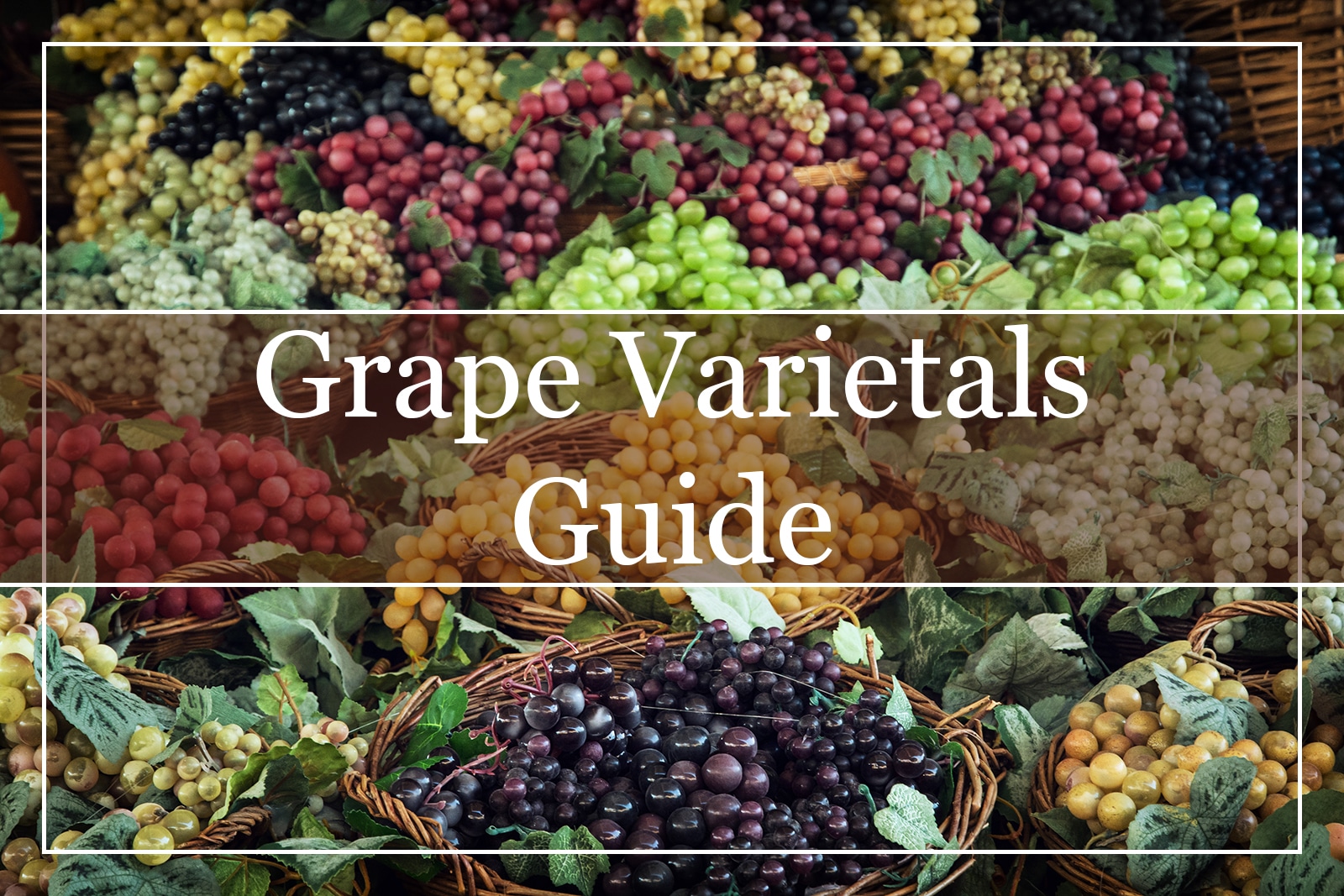 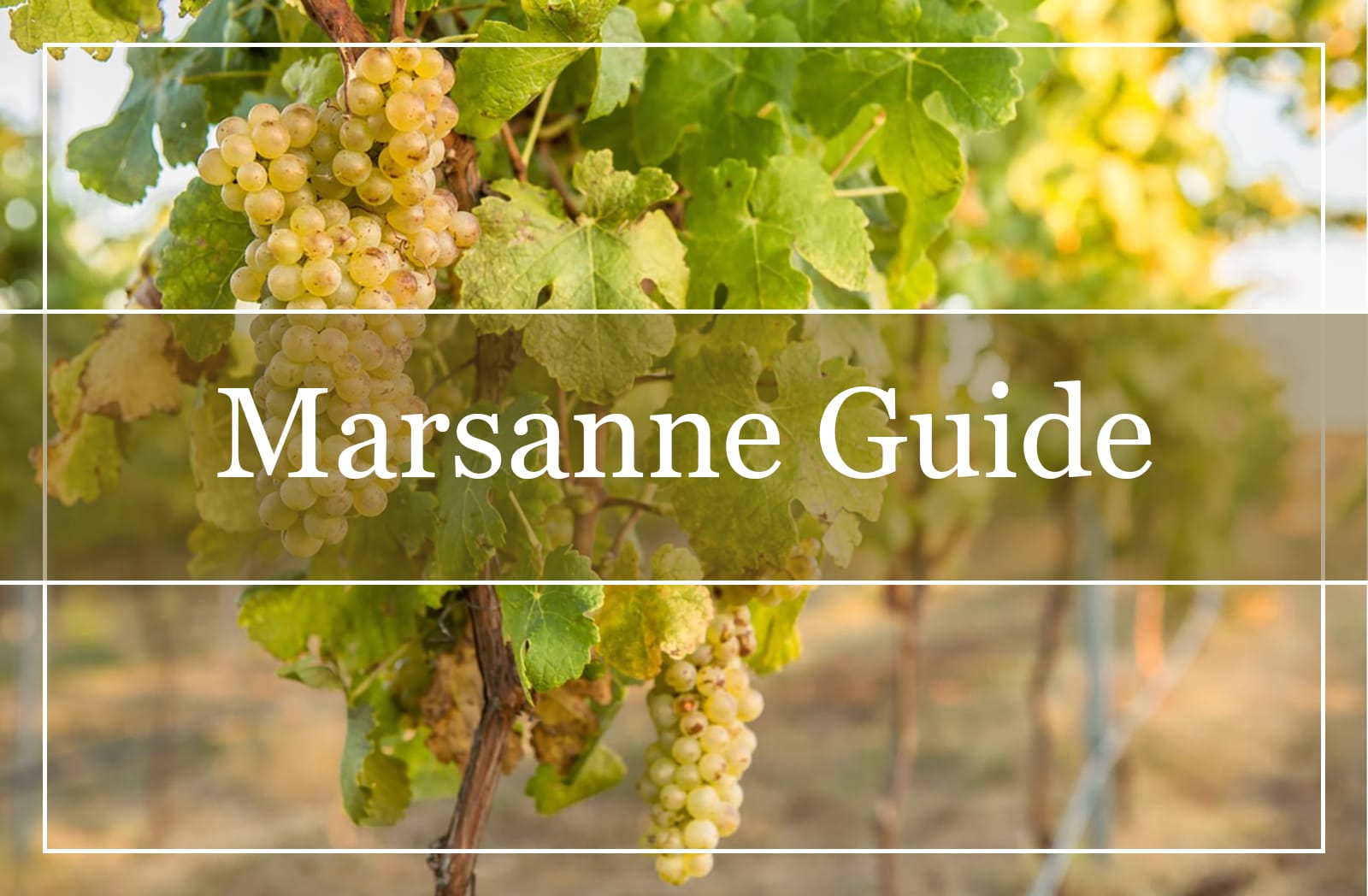 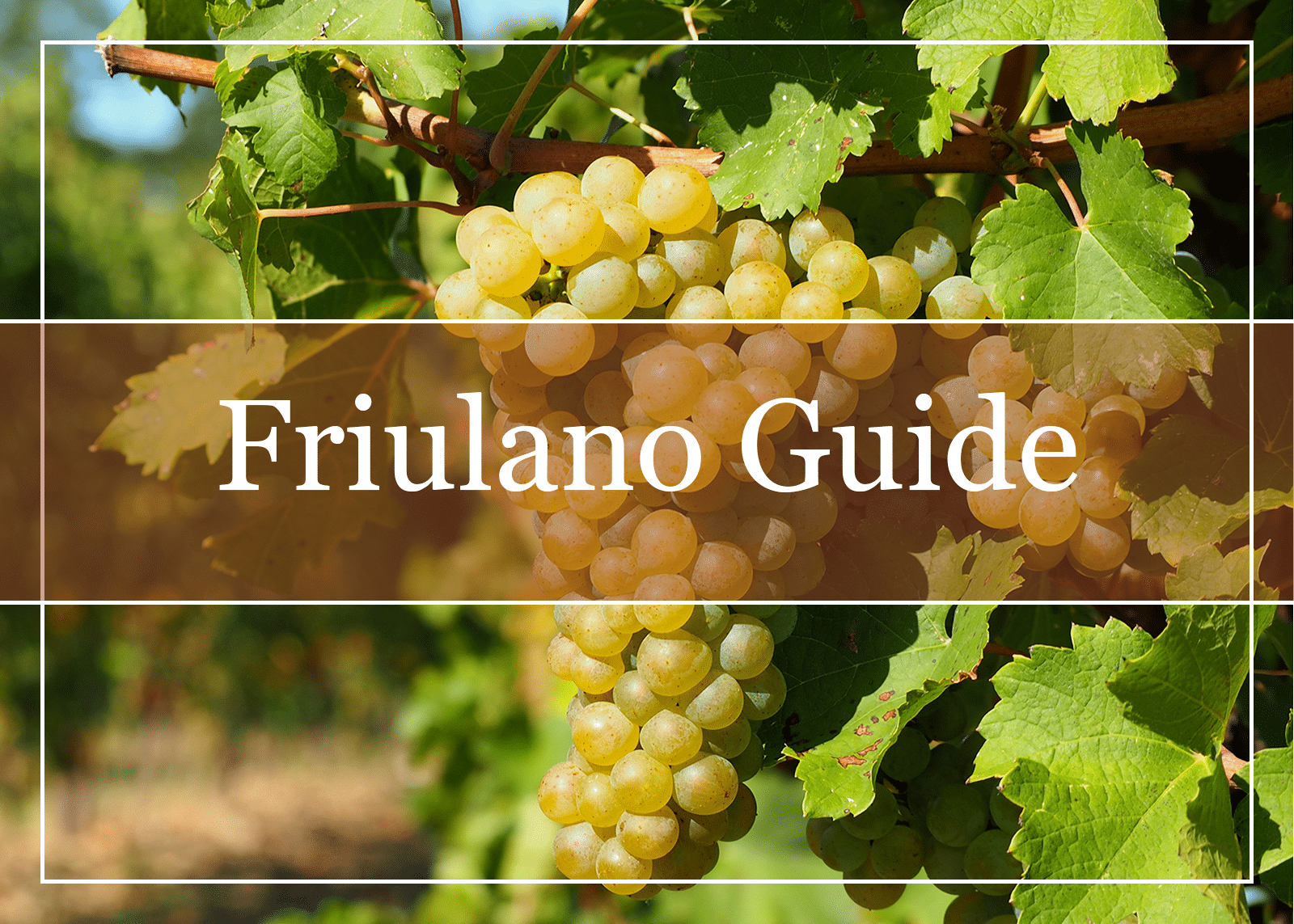 Your Essential Guide to Friulano Wine