What Kind of Wine Is Wente Morning Fog Chardonnay?

Wente Morning Fog Chardonnay is a ripe and lush dry white wine from California. It offers plenty of plump apples, butter and cream, and baking spices flavors. The vibrant acidity lifts the mouthfeel as it positions the fruit tastes in the front and center. The back palate, though, is defined by a characteristic sweetness as consumers swallow the wine.

Chardonnay performs well in a variety of climates. It can grow in cool regions like Chablis in Burgundy or warm areas like Napa Valley in California. It is an early-budding varietal, and that makes it prone to spring frosts. It also loses its acidity quickly, so the time of harvest is critical.

Chardonnay is one of the beloved grapes of winemakers as it can stand up to many production methods, from un-oaked to barrel-fermented to oak-aged. Most Chardonnay also undergoes malolactic conversation, where the grape’s sharp malic acid turns into buttery lactic acid. In this way, Chardonnay wines display brioche and cheese flavors, apart from their usual citrus and stone-fruit personality.

Wente Morning Fog Chardonnay wine has a very rounded tasting profile. It bursts with aromatics from green fruits, citrus, lemon curd, and charred wood. The wine is balanced by hints of vanilla and ripe stone fruits on the palate, finishing with brisk acidity and a pleasant aftertaste. Wente Morning Fog Chardonnay, therefore, is creamy and has enough oakiness that does not overwhelm.

Like most Chardonnays, Wente Morning Fog Chardonnay starts with a medium lemon color. Then, as the wine pours into a glass, it opens into a semi-opaque center, which gives it a bold look. A few swirls later, and a bright golden hue develops on the sides. At the same time, the tears of the wine are long with density. That is a nice appearance, dynamic and beautiful.

Wente Morning Fog Chardonnay has an aromatic intensity, although not at the same level as a sparkling wine. Scents of honeysuckle and lavender emerge as soon as the bottle is uncorked, followed by apple, pear, and lemon curd aromas. On top of that, gentle notes of charred wood mingle with the primary fragrances, adding depth and structure. The uplifting nose completes the bouquet with a touch of grapefruit.

Wente Morning Fog Chardonnay is balanced in the mouth. Flavors of luscious peach and apricot combine nicely with hints of vanilla. Meanwhile, the ample creaminess defines the palate. In addition, a superb buttery flavor rounds the mouthfeel, softening it, while the zippy acidity is refreshing and uplifting. A touch of cantaloupe is also present, as well as a slight note of tropical fruit. Wente Morning Fog Chardonnay, therefore, has a savory tasting profile.

This Chardonnay is delightful when matched with grilled shrimp tacos or a classic American pasta primavera. The tenderness of the shrimp meat makes a tasty combination with the wine’s lemon and peach flavors. And the fresh vegetables used in the pasta primavera balance out the creaminess of Wente Morning Fog Chardonnay. It is such an incredible experience enjoying a plate full of nicely cooked zucchini, tomato, and sweet red bell pepper, together with a rich, medium-bodied white wine.

Wente Morning Fog Chardonnay is a product of Wente Vineyards, located in the Livermore Valley, California. Wente Vineyards, founded in 1883, is the longest, continuously operated family-owned winery in the United States. They blend traditional European wine-making practices with innovative New World techniques. Drawing fruits from their estate vineyards in the Livermore Valley and Arroyo Seco, Monterey appellations have an expansive wine portfolio.

Wente Vineyards has played a significant role in the growth and promotion of the Chardonnay varietal. In 1912, Wente Vineyards imported Chardonnay cuttings from a vine nursery in Montpellier, France. Then, they sourced cuttings from the Gier vineyard in Pleasanton and developed the internationally recognized Wente Clone. In 1936, they helped found California’s Wine Institute and produced the first varietal labeled vintage of Pinot Chardonnay.

Years later, in 1989, Wente Vineyards left its stigma to the world as it formed international joint ventures, expanding its export business. Wente Vineyards exports to seventy-five countries. In 2010, the winery received a certification of sustainability for vineyard, winery, and company practice from the Certified California Sustainable Wine growing designation.

The winemaker of Wente Vineyards is Karl D. Wente, a fifth-generation winegrower. He believes that every single day, he should strive to be better than the day before. He, and his family, work relentlessly to grow and produce great California Chardonnays, not because they have to but because they love it.

How Is Wente Morning Fog Chardonnay Made?

Wente Morning Fog Chardonnay is a white blend of ninety-eight percent Chardonnay and two percent Gewürztraminer grapes. The Gewürztraminer enhances aromatic intensity as Wente Morning Fog Chardonnay is a mostly barrel-fermented wine. Before harvest, the Chardonnay grapes require careful handling to avoid oxidation and acidification. When collected, they are de-stemmed and crushed. Crushing breaks the skins of the grapes and liberates a quantity of juice. But damaging the seeds should be avoided. Otherwise, they release bitter oils and tannin, and the wine might become astringent and bitter.

After crushing, follows the pressing of the grapes. Pressing separates the juice and the solid constituents of grapes. Seeds should remain undamaged once again. Then, that juice is clarified to preserve primary fruit flavor and splits into two equal segments. The first part goes into natural American oak barrels, and the second is placed inside stainless steel tanks. In both cases, the juice undergoes cool fermentation.

The barrel-fermented portion is aged ‘sur lie’ for five months while the ‘bâtonnage’ technique, where winery workers use large wooden paddles to stir the lees inside the barrels for better incorporation with the grape juice, is performed monthly. Likewise, the stainless steel portion is half-aged on lees for five months. The other half is raked clean to conserve pure fruit character. That procedure is also known as the malolactic conversation. It increases the wine body and softens, rounds the mouthfeel. When the fermentation is over, the two portions are filtered from sediments and blended. Then, the wine is bottled.

Where Is Wente Morning Fog Chardonnay Made?

Wente Morning Fog Chardonnay is produced in Livermore Valley. The region is characterized by the coastal fog pushed by Pacific wind streams into the bowl of the San Francisco Bay. In this way, the wind affects the inland Chardonnay vineyards. This phenomenon moderates the warm Mediterranean climate, refreshing the Wente clones, helping them produce beautifully balanced Chardonnay. California is considered the most prestigious region of American wine production. It has ultra-modern wineries and even some of the oldest Zinfandel vines in the world. It is the go-to region for consumers to try the best examples of American wine-making.

Wente Morning Fog Chardonnay is served chilled at approximately fifty degrees Fahrenheit (ten degrees Celsius) and into standard white wine glasses. The surface of the glasses provides the wine with essential aeration. As the air comes into contact with the wine surface, the floral and citrus fragrances elevate, impressing wine lovers.

Consumers need to keep Morning Fog Chardonnay cool to enjoy it. To do that, place the bottle in an ice bucket or wine cooler. The bucket should be filled three-quarters full with equal quantities of ice and water so that iced water surrounds the bottle. The water is then able to transfer the heat from the bottle to melt the ice. Air acts as an insulator, and the bottle chills. However, remember that over-chilling masks flavors in wines, making them look thin.

How Much Does Wente Morning Fog Chardonnay Cost?

Wente Morning Fog Chardonnay does not command a high retail price. It is priced averagely but still a little bit higher than most California Chardonnays. That happens because it is barrel-fermented and has aged extensively on its lees. Wente Morning Fog Chardonnay prices range from $13 to $20 per 750ml bottle, depending on the vendor. As such, consumers can purchase the wine without spending too much. Go on, buy it without a second thought.

Generally, Chardonnays are very suitable for bottle aging, unlike most white wines. They usually have a high alcohol concentration and enough structure to withstand maturation. After successfully maturing, they should have developed aromas and flavors of almond, hazelnut, dried apricot, and marmalade. The fact that Wente Morning Fog Chardonnay has undergone barrel-fermentation and oak aging before bottling makes it even friendlier to long-term storage.

The wine should be sealed with a cork and stored in an environment with room temperatures that do not fluctuate (fifty to sixty degrees Fahrenheit or ten to fifteen Celsius) and a portion of humidity. Direct sunlight or artificial light better be avoided as they may damage the wine and make it faulty. Odors also have to be kept at bay, as they might find their way inside the bottle and give unpleasant aromas and flavors, like vinegar or in some cases animal sweat.

How Many Calories Does Wente Morning Fog Chardonnay Have? 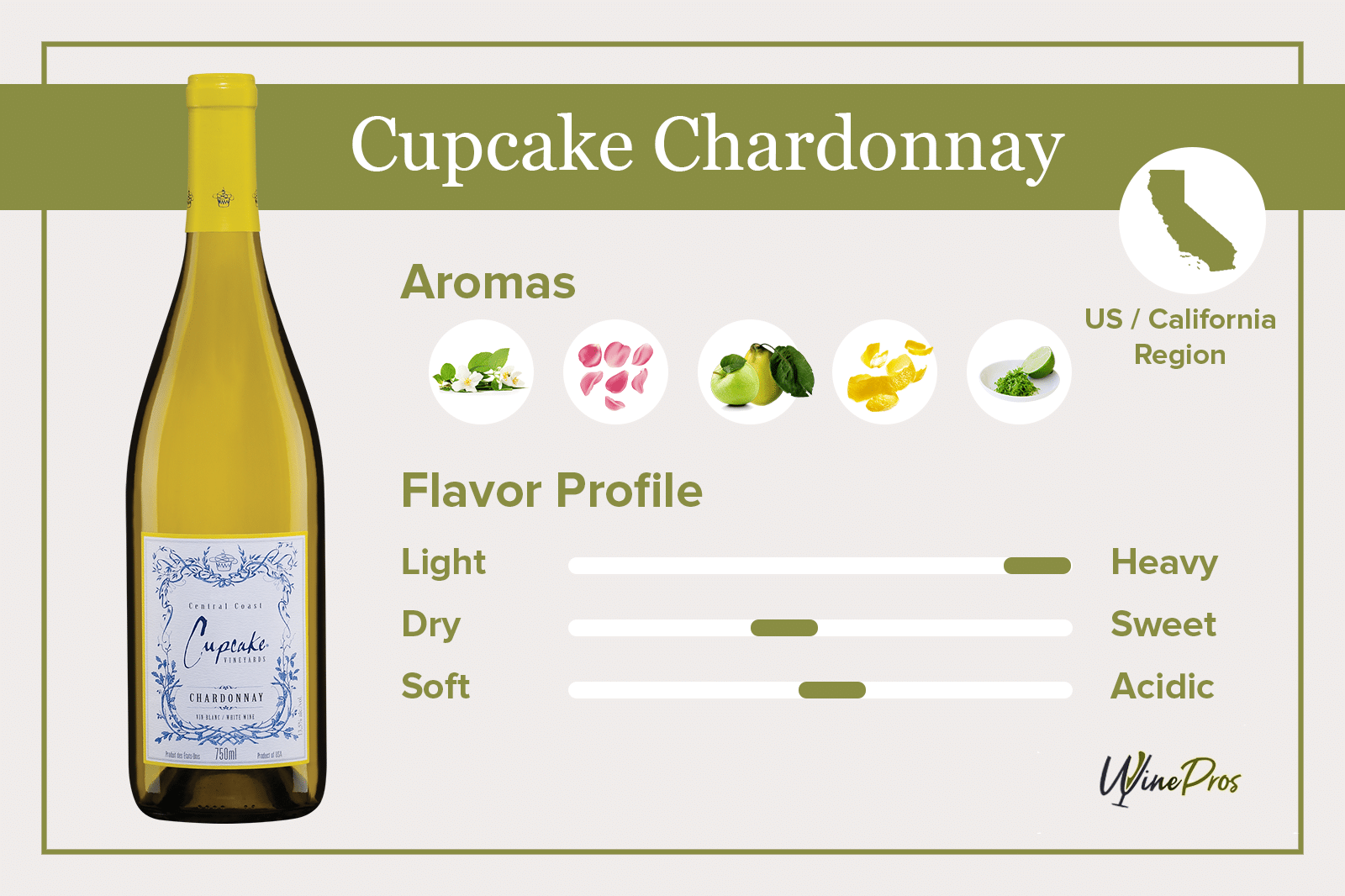 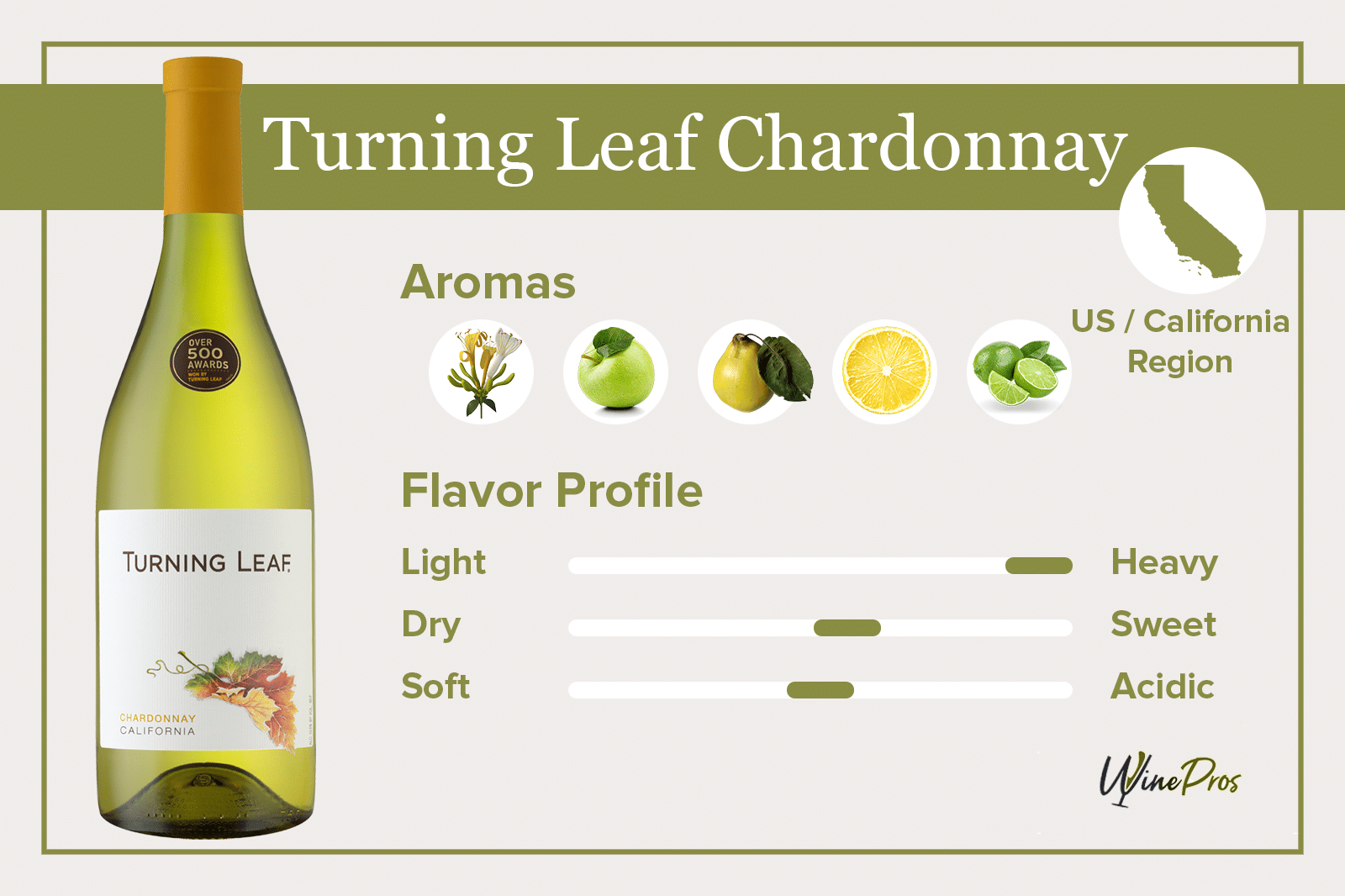 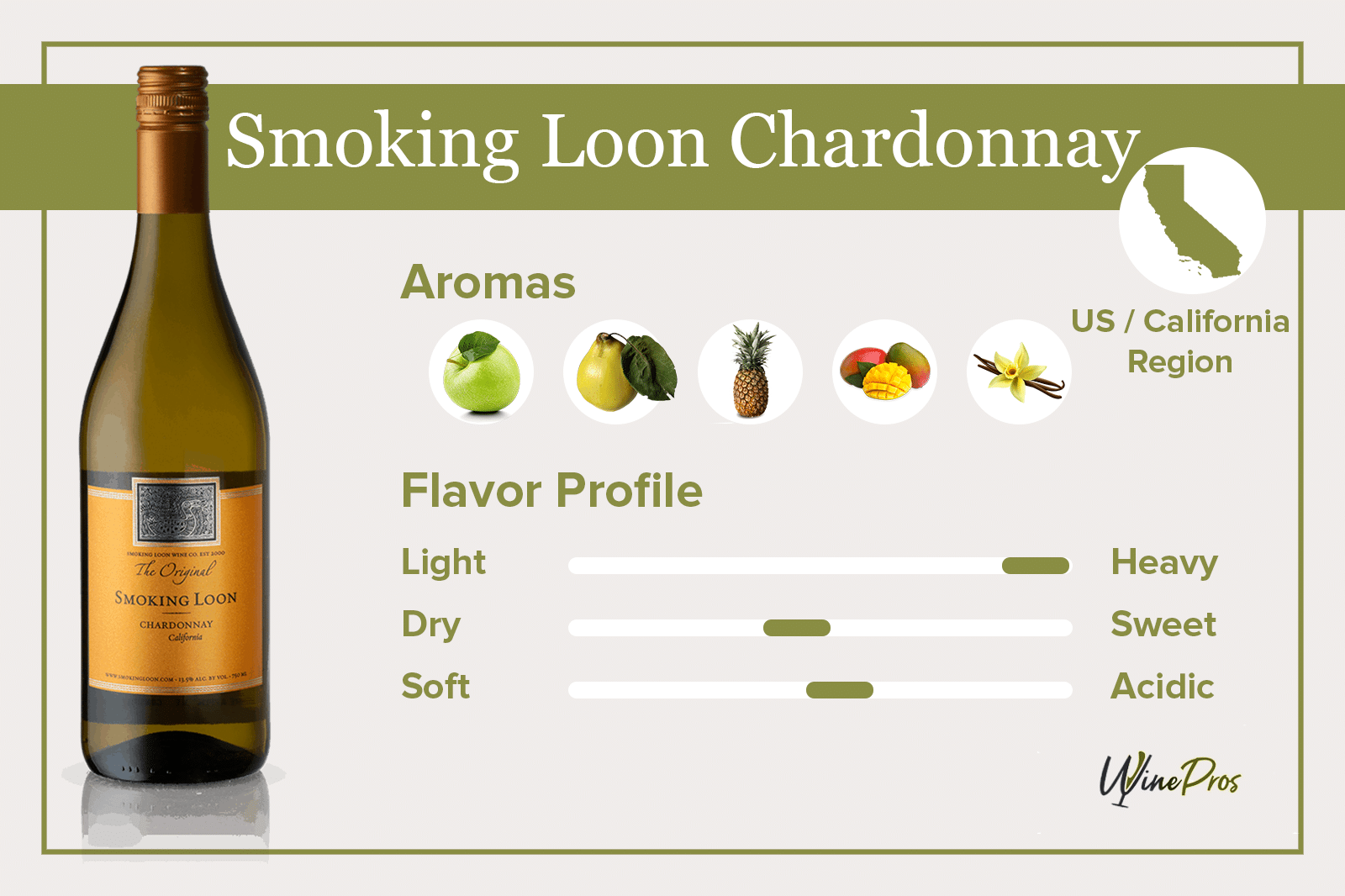 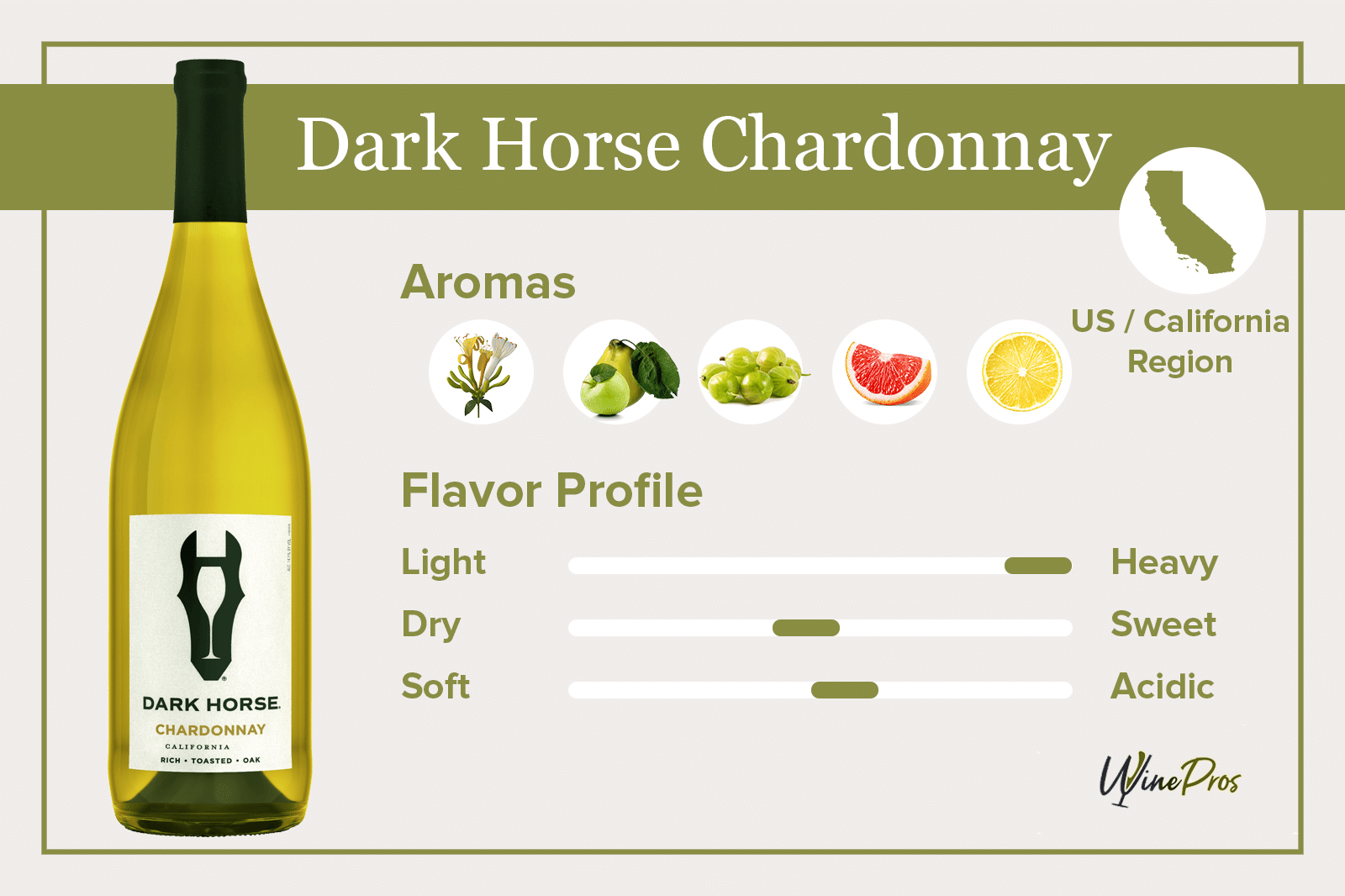 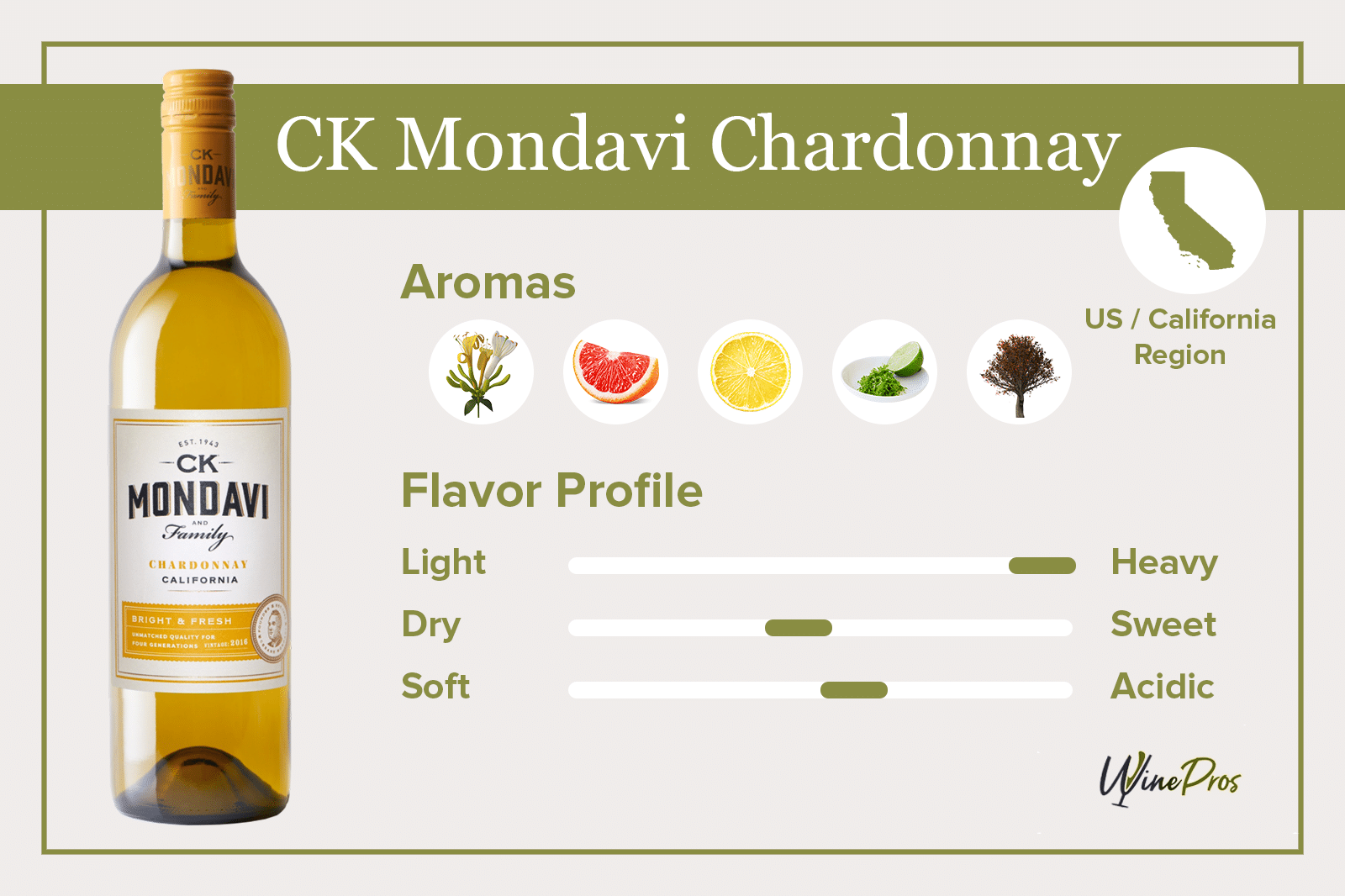 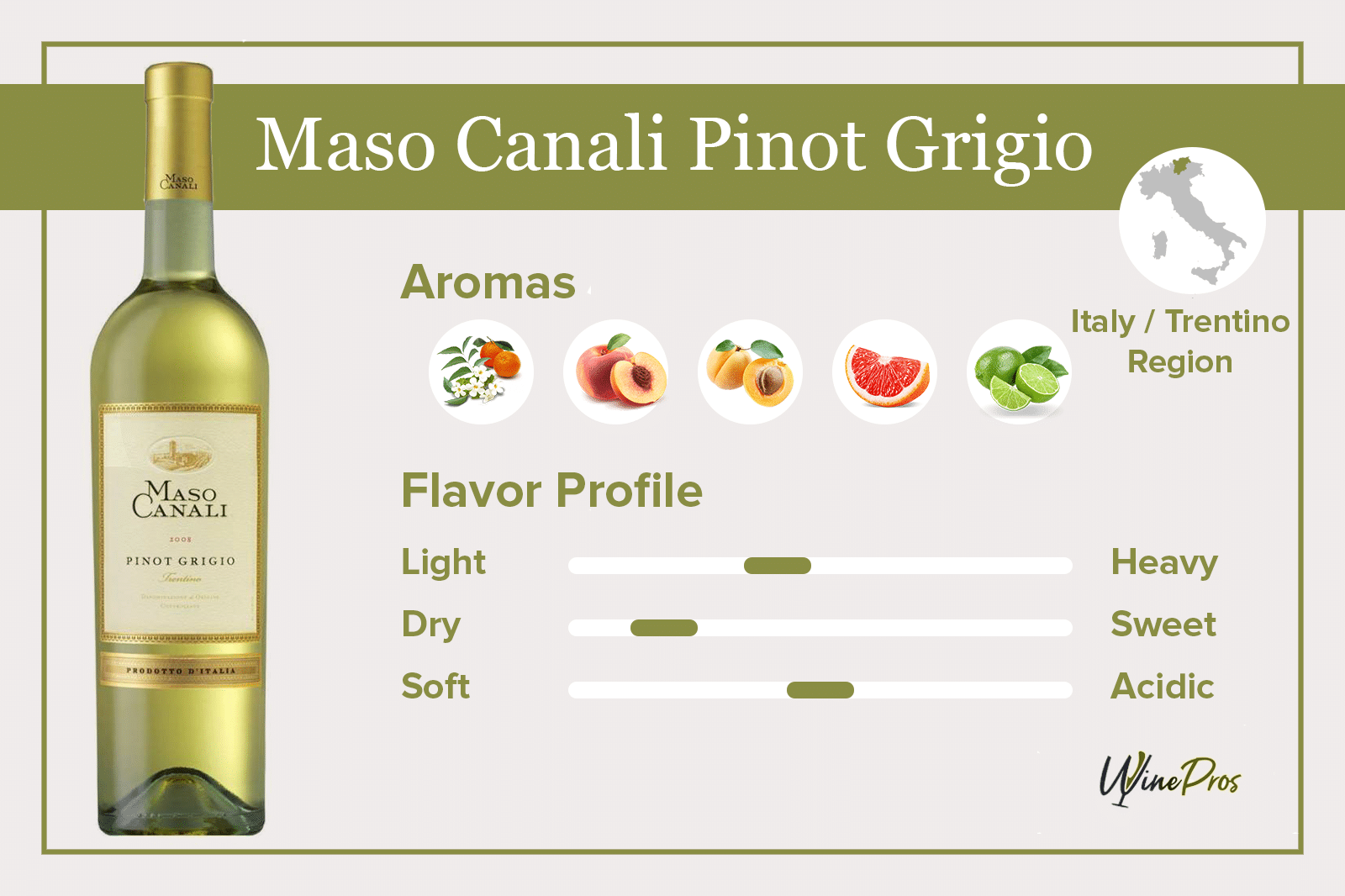