Albariño (or Alvarinho) is a thick-skinned green grape varietal originating in Galicia on the Northern Atlantic coast of Spain. Best known for being the primary variety in the Rias Baixas wines, Albariño is also made as a sparkling Vinho Verde wine in Portugal. Known there as Alvarinho, it is labeled as a varietal to differentiate it from the Loureiro-based Vinho Verde blends.

In Spain Albariño plantings makes up more than 90% of the total plantings in Rias Baixas. The complex mini climates of this wine region leads to diverse sub-regions and variations between vineyards and vintages.

Outside the Iberian Peninsula, Albariño is planted in the United States in some of California’s cooler areas, where the climate is similar to that of Rias Baixas. Los Carneros, San Luis Obispo County, Napa County, Santa Ynez Valley have a number of Albariño plantings. A few wineries in Washington and Oregon have Albariño vines, too. New Zealand, Australia, and the UK have planted Albariño with relative success, as well.

The Albariño characteristics highlight the crispiness and freshness of the flavors. The variety shows high acidity and a fine texture with citrus, stone fruit, and mineral elements that pair phenomenally with Spanish and Mediterranean seafood dishes. On top of that, Albariño can mature in oak or on lees for a luscious style and a creamy, oily taste.

What Color Is Albariño?

Albariño is a thick-skinned white grape variety with medium-sized bunches that exhibit a green-yellowish hue. It belongs to ‘Vitis vinifera’ of the Eurasian grape species. In fact, almost every grape used for winemaking is a member of the Vitis vinifera grape family. Before ‘véraison’ or berry ripening, the grapes are hard and thick to the touch. When ‘véraison’ occurs, the grape’s skin changes tone, with the Albariño color becoming translucent and golden, as with most white grape varietals.

Between ‘véraison’ and harvest, grapes swell and fill with water. During ripening, sugar levels rise, and acid levels drop. Color pigments and flavor components accumulate. Warm and sunny conditions are ideal, while mild water stress (drought) inhibits soot growth, encouraging grape ripening. It is then that Albariño displays an assortment of hues ranging from bright green to yellowish-golden with intense red pigments as the variety reaches ripening.

What Does Albariño Mean?

Albariño in Galician and Alvarinho in Portuguese derives from ‘albo’ and ‘albus’ and translates into white, whitish, a reference to Albariño being a white grape variety.

How to Pronounce Albariño?

The Albariño pronunciation could be challenging for non-native Spanish speakers. But if you want to break into wine tasting circles and gain respect from the wine community, you have to learn how to pronounce the grape correctly. There are plenty of helpful audio and video examples on how to pronounce Albariño online, so check them out. There are four syllables in the word, with the emphasis falling on the third syllable. Phonetically, Albariño looks like this:

Where Does Albariño Come From?

Albariño is native to Rias Baixas in Spain, situated on the Northwestern corner of the Iberian Peninsula. Rias Baixas has a moderate, damp climate. The humid conditions mean that vine diseases such as mildew and rot are a common problem. That is why, Albariño is cultivated there, as its thick skin and can withstand mildew and rot. Albariño vines are trained on pergolas to encourage air circulation, too.

Albariño is not only planted in the Iberian Peninsula, however. The variety has found a home across many parts of the world. In the United States, Albariño is planted in California’s cooler areas, which climatically resemble Northern Spain, where Albariño thrives. The vineyards are on slopes facing the coastal mountains in San Luis Obispo County. Additional, Californian areas where Albariño is planted include Santa Ynez Valley, Napa County, and Los Carneros. On top of that, wineries growing Albariño are found in Washington and Oregon, as well.

Interestingly, Albariño is cultivated in the UK, too. Climate change enables UK wine growers to move away from weather-resistance hybrids towards noble varieties. The Albariño grape seems promising, and in the future, it may get its share of plantings alongside Pinot Noir and Chardonnay for sparkling wine production.

Furthermore, Albariño is cultivated in New Zealand in the wine regions of Gisborne, Nelson, and Marlborough. That said, very few wineries, if any, produce Albariño in large volumes today. Likewise, Albariño is produced in Australia too. The reason for this is that Australia has similar temperature conditions with Spain and Portugal. Albariño plantings flourish in Tasmania, where the cool climate gives white wines of excellent quality. However, in the hotter Riverland region in South Australia, heavy and luscious Albariño wines are the norm.

What Kind of Wine Is Albariño?

Albariño is produced to be a fruity, highly acidic, and refreshing white wine that is versatile and fantastic for seafood courses and festive occasions. Albariño is incredible as a poolside beverage on a hot summer day or at a picnic. In fact, it is so easy-going that wine enthusiasts can enjoy it even during breakfast, albeit in small amounts. It is seriously unpretentious and is superb when served chilled. Stock your fridge with a couple of Albariño wines. When guests arrive, uncork them for immediate fun.

Is Albariño Dry or Sweet?

For the most part, Albariño is bone-dry. That said, there are off-dry Albariño wine examples, too. For instance, in Portugal, the grape produces Vinho Verde, which is essentially an off-dry sparkling wine. As with every wine, it is tough to pin Albariño down to a black-and-white profile, as many factors can contribute to a wine’s final character. The winemaker’s skill and experience, the position of the vineyards, and climate can drastically affect how wine tastes.

Albariño tasting notes highlight the wine’s high acidity, freshness, and subtle fruitiness. Albariño’s aroma is sweet but crispy, with notes of lime, grapefruit, and nectarine. Gentle hints of beeswax, melon, and honeysuckle are present on the nose, too. On the palate, Albariño’s taste exhibits mouthwatering acidity and intense stone fruit flavors. Peach, apricot, and a touch of lemon zest define the mouth. The finish is short, fruity, with nutty elements. Consequently, the Albariño flavor profile is invigorating with enough depth to arouse the taste buds.

If you are about to sip an oaked Albariño, expect a rich and luscious texture with ripe flavors of tropical, medium acidity, and a creamy mineral finish with kerosene notes. Also, if lees stirring was part of the fermentation process, brioche bread and buttery touches are present on the wine’s palate.

How to Serve Albariño?

Furthermore, serve Albariño into regular medium-sized white wine glasses. There is absolutely no reason for expensive glassware. Decanting should be avoided altogether, as it does not help Albariño unlock extra aromas and flavors.

But to totally enjoy Albariño, you have to keep it cool during service. To do this, use an ice bucket or wine cooler. The bucket should be filled three-quarters full with equal quantities of ice and water so that iced water surrounds the bottle. Then, the water can transfer the heat from the bottle to melt the ice. Air acts as an insulator, and the bottle chills. However, be careful, as by over-chilling a wine, you risk decreasing the intensity of its flavors.

Long-term storage is not for Albariño, as the wine has to be consumed young, within a year from the date of bottling. That said, there are some bottle-aged or even barrel-fermented Albariño examples available for purchase on the market. So, letting the wine mature for no more than three years will not harm it if stored in a dark cellar with temperatures that do not fluctuate and a portion of humidity. A bottle-aged Albariño will develop notes of dried apricot, marmalade, petrol, ginger, hay, and kerosene, among others.

How Long Should Albariño Breathe?

Most Albariño wines are lightweight, and consequently, decanting them is not very beneficial. In general, white wines do not need aeration. A simple swirl in the glass is enough to help the air and oxygen come in contact with the wine surface, increasing the flavors and aromas. That said, a pretty decanter will show off the beautiful pale straw appearance of Albariño.

What Food to Pair with Albariño?

Pairing food with Albariño is straightforward. All you have to do is have the wine with seafood and Mediterranean delicacies. Whitefish, such as sea bass, cod, haddock, and pollock, are the recommended options to accompany the wine. Try Albariño with Peruvian Ceviche, Italian seafood risotto, oysters, fish tacos, steam clams, and mussels.

On top of that, the wine is fantastic with fresh herbs, like parsley, dill, and basil. And the leafy notes of the wine combine amazingly with vegetable courses. A hearty Caprese or Caesar salad, grilled vegetables, and even grilled Spanish padrón peppers are ideal food choices to serve with a chilled glass of Albariño.

Albariño is terrific with soft and semi-hard cheeses from cow’s and sheep’s milk. Try it with Burrata, Manchego, Feta, Gouda, Mozzarella, and Taleggio. The cheese could be served on a cheese board with crackers and jam or form part of pasta or a pizza dish. That said, do taste the wine together with Galician cheese, such as Arzua Ulloa, aged Tetilla, Cebreiro or San Simón da Costa. Finally, Mahón, Zamorano, and Roncal are also fantastic cheese options to serve with Albariño.

How Much Alcohol Does Albariño Have?

Albariño is light and fruity, and therefore it is low in alcohol. Albariño alcohol content is between 11.5 to 12.5% ABV. That is the typical amount of alcohol concentration for an un-oaked dry white wine. However, there are Albariño examples where the alcohol may reach up to 13.9% ABV. These are usually oaked wines that have also extensively matured in their lees. Check the label on the bottle for added precision, and remember to enjoy the wine responsibly.

How Many Calories Are There in Albariño?

The calories in wines are high because of the alcohol and residual sugar. But, because Albariño is dry, without indication of sugar, the calories are low, constituting the wine a safe dietary choice. The carbs in Albariño are between 1 to 4 per glass, while the calories are from 101 to 119 per serving. As a consequence, Albariño wines are excellent for daily consumption during lunch or dinner.

Albariño is a fantastic alternative to Sauvignon Blanc, albeit not as vegetable-forward. With flavors of ripe stone fruits and aromas of honeysuckle and citrus, Albariño is a delicious Spanish wine. Strive to try to enjoy the wine together with seafood dishes inspired by the local Galician cuisine. After all, the food and wine of a region are interconnected. And why not do yourself a favor and visit Galicia. As you drive around the Atlantic coast and fishing villages that tell of a bygone era, Albariño is the perfect wine to take in the beauty of landscapes still locked in time. 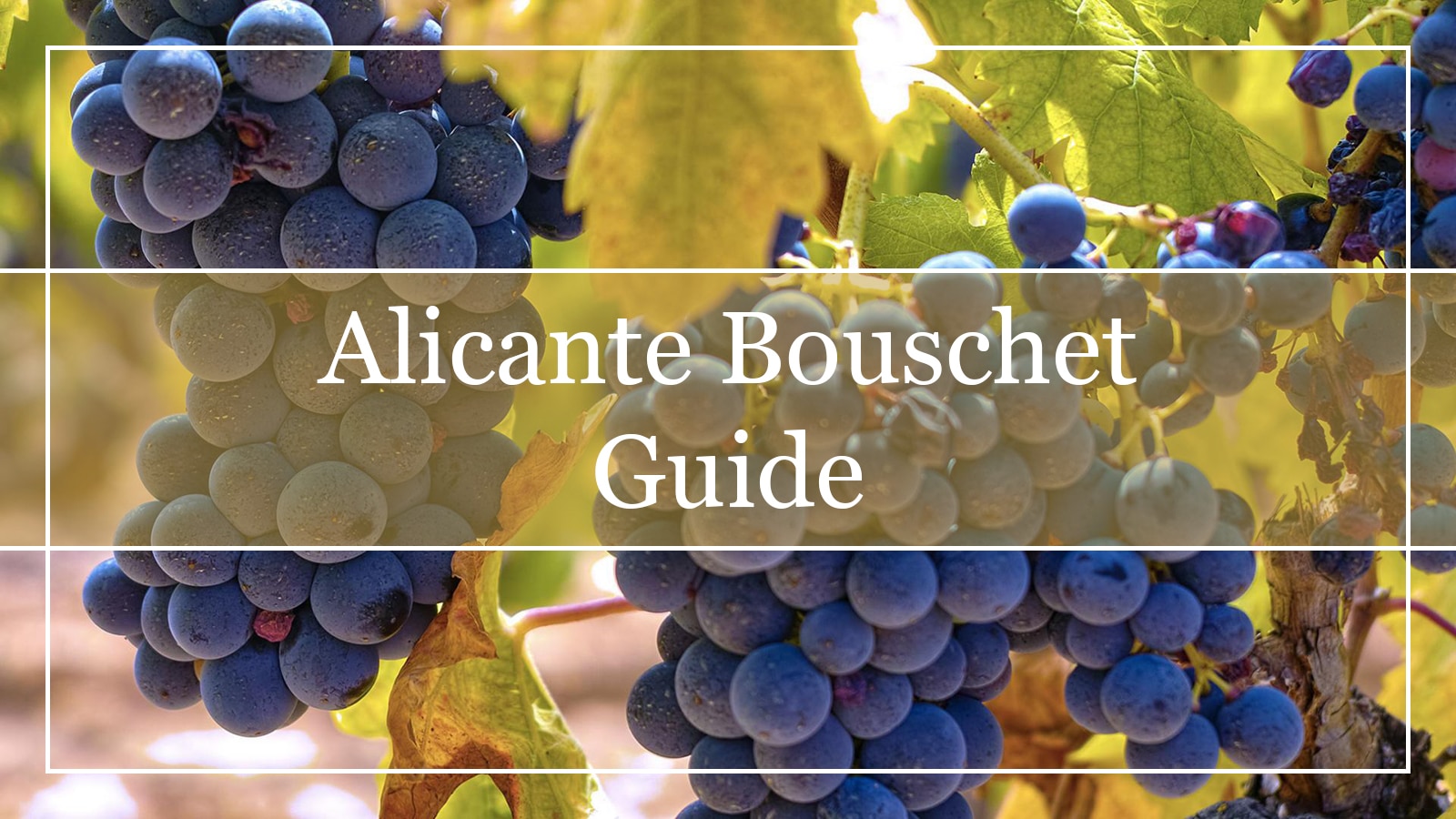 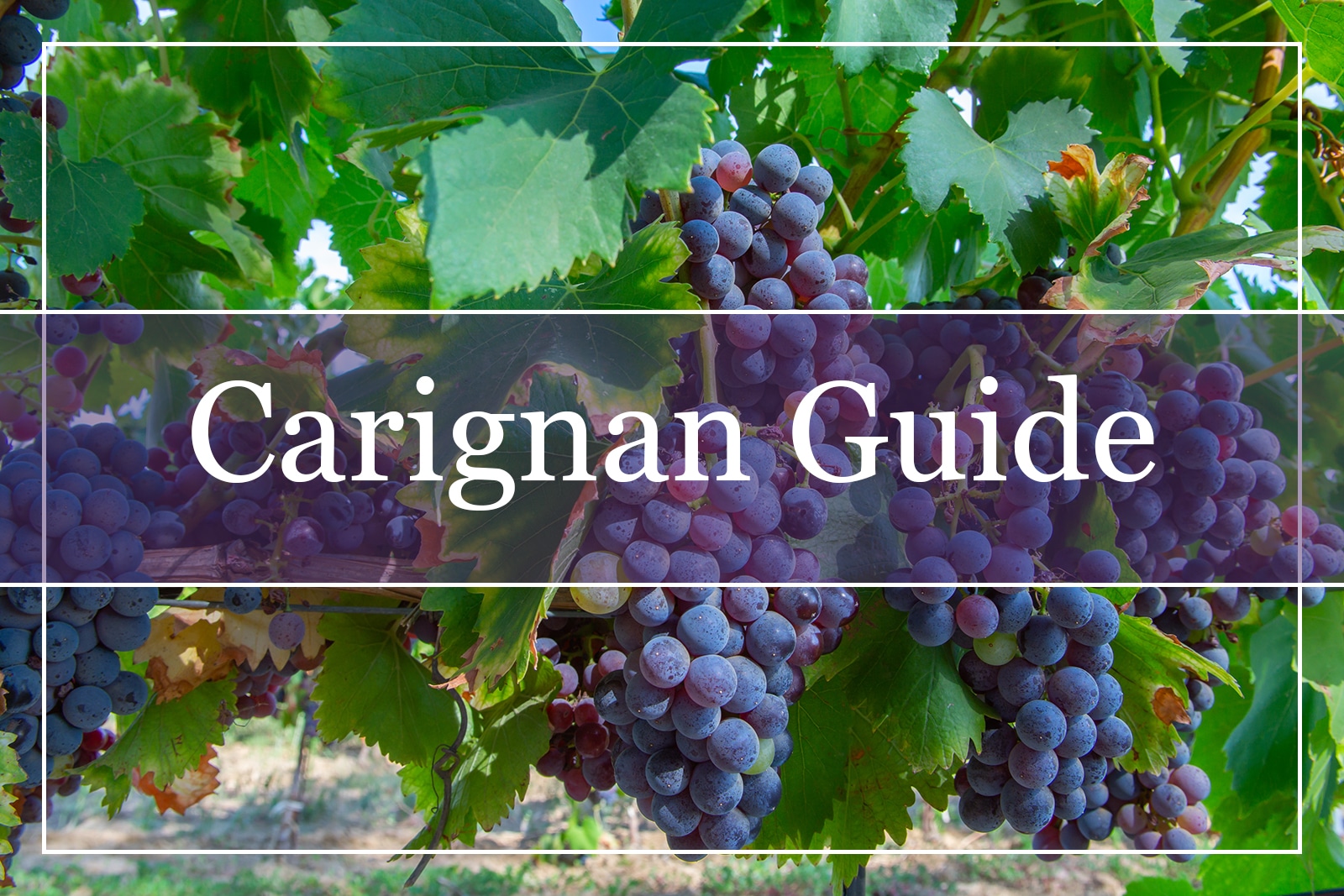 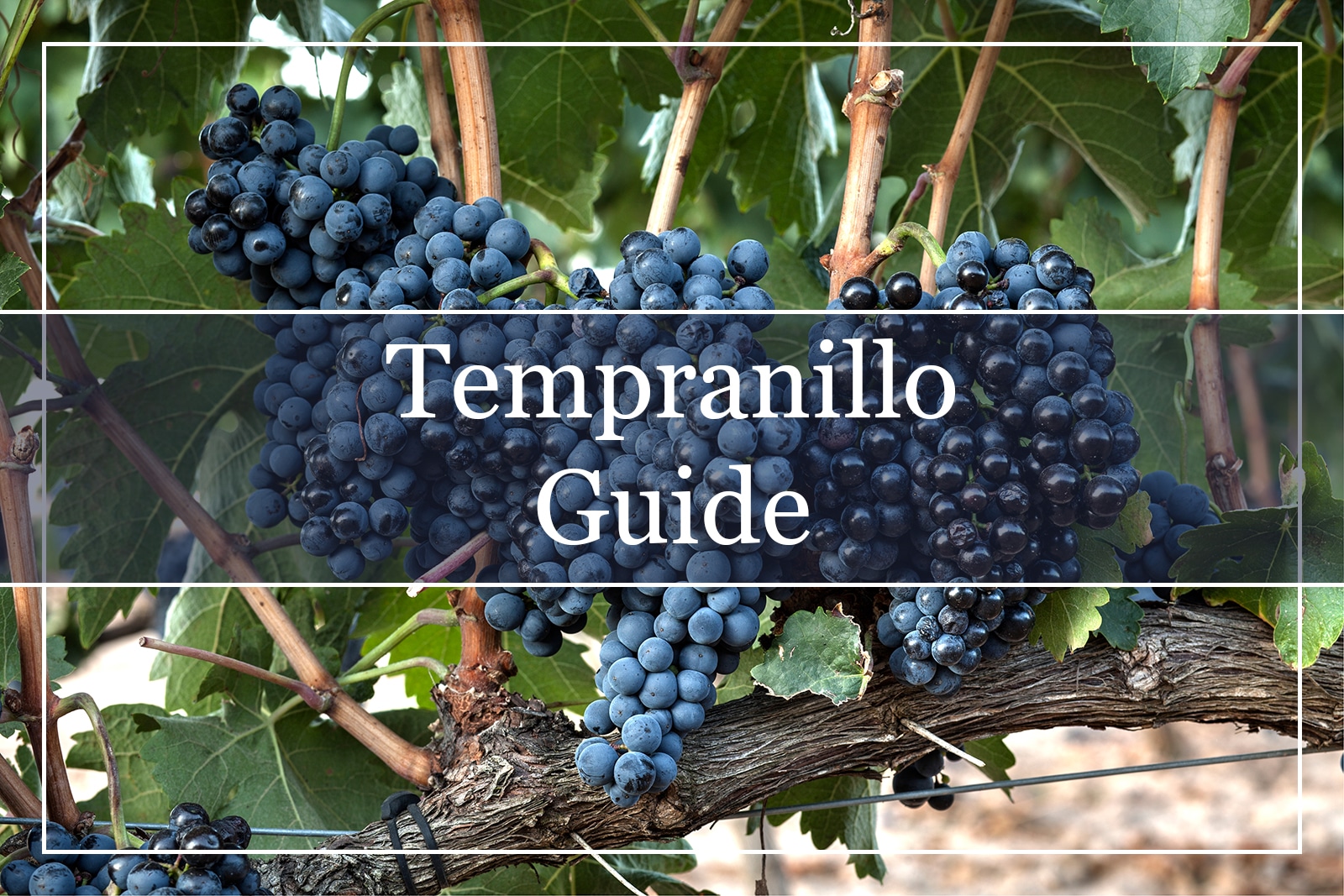 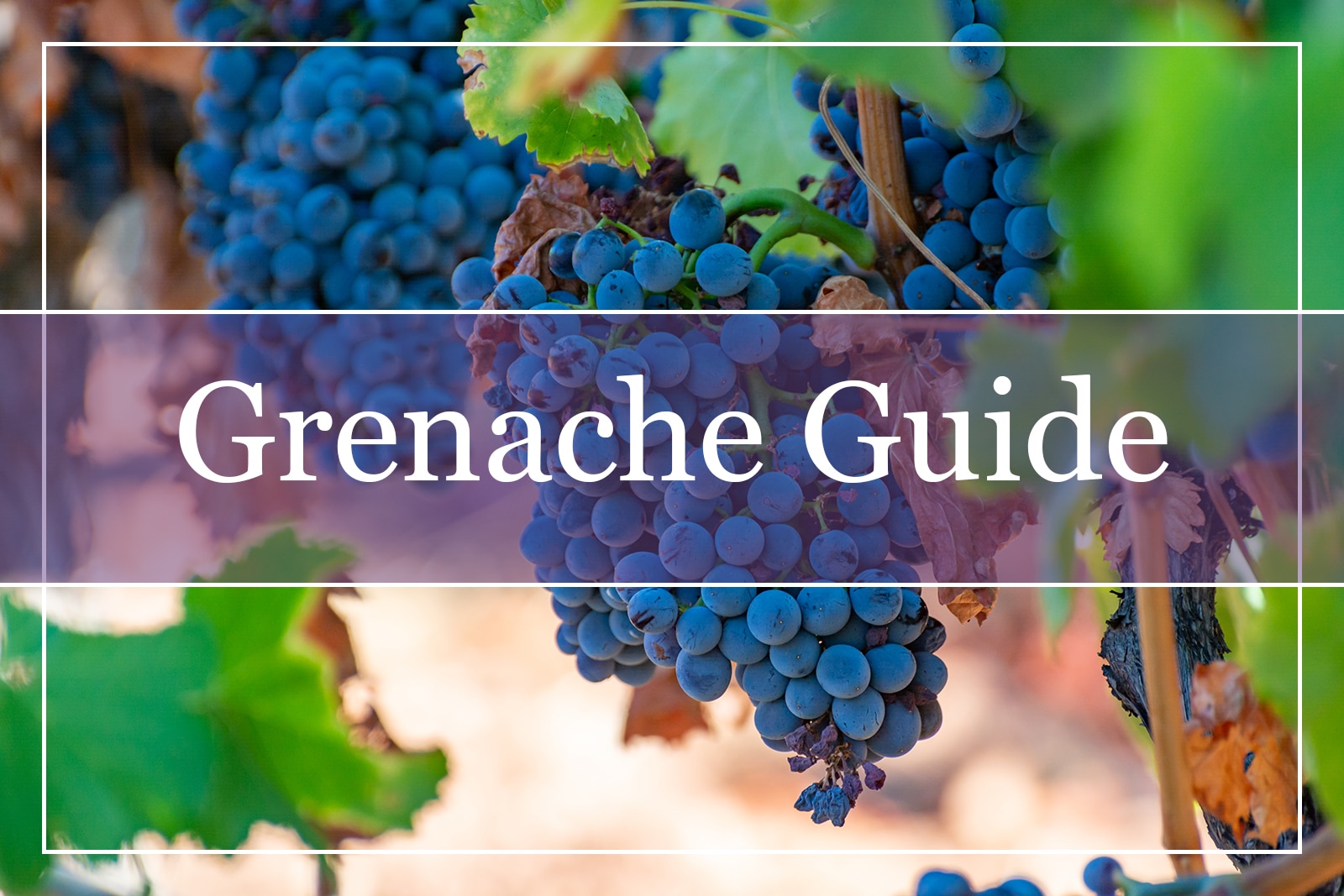 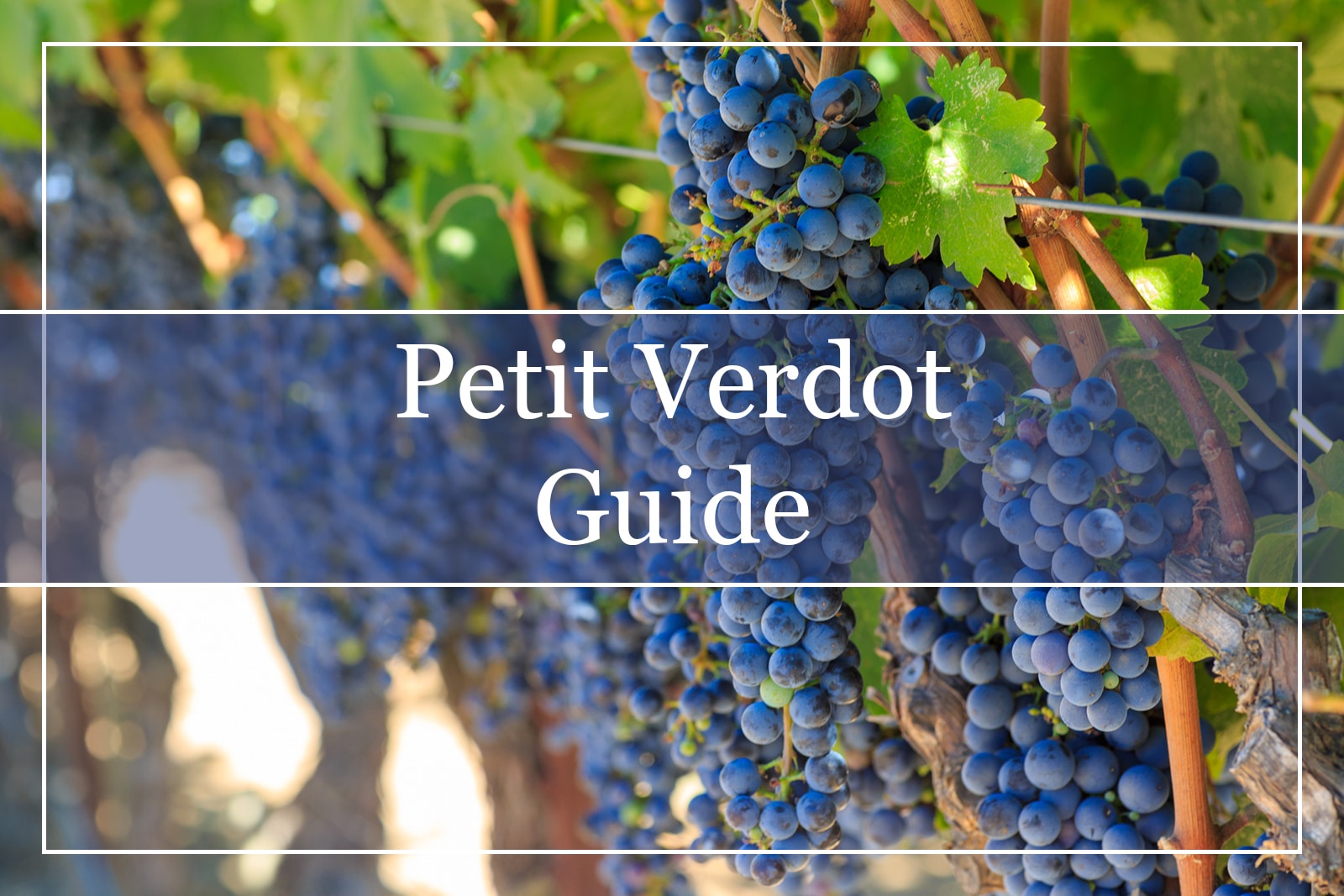 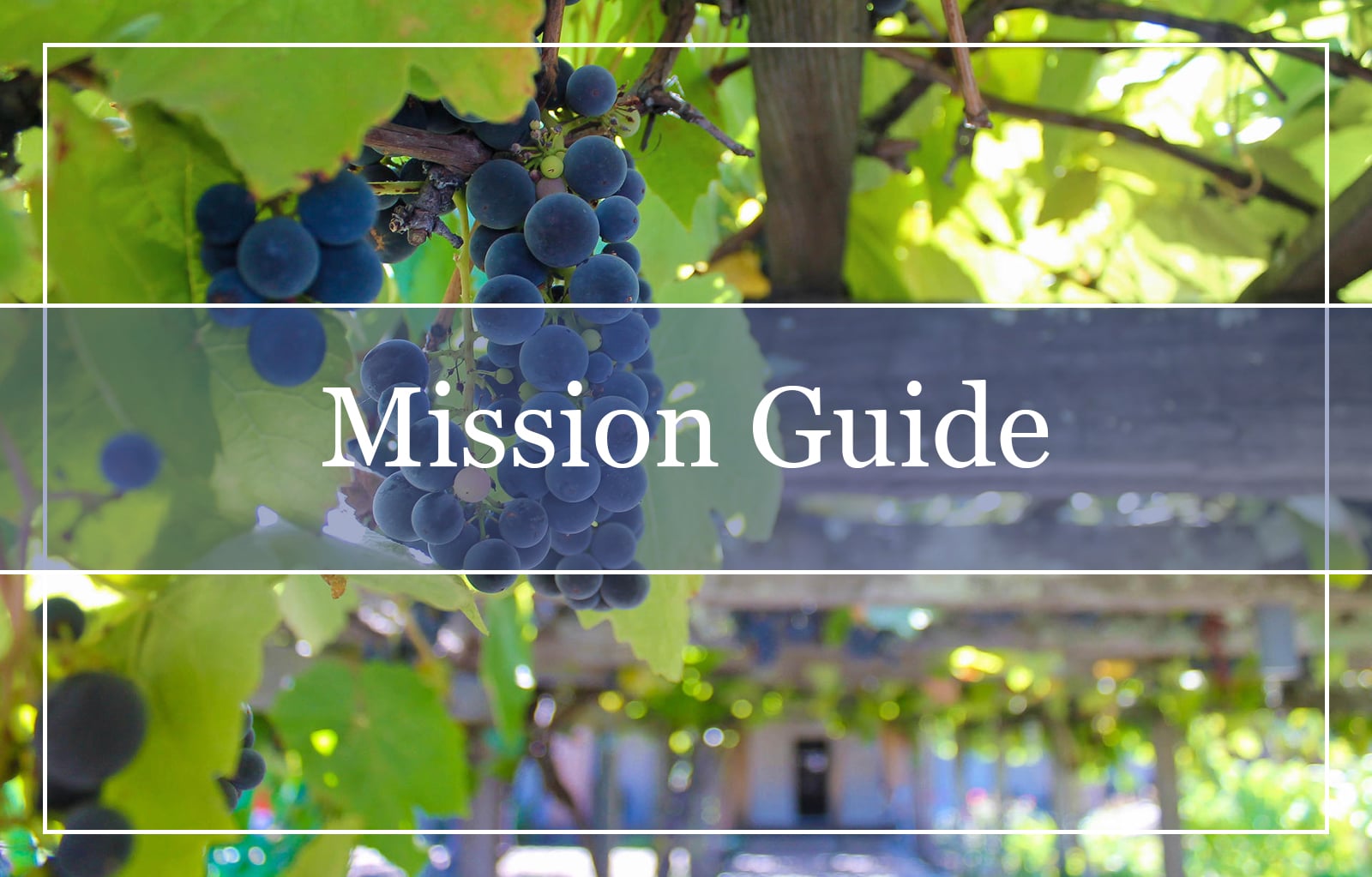 Your Essential Guide to Mission Wines