What Is Cabernet Sauvignon?

For most red wine lovers, Cabernet Sauvignon is loved for its sophisticated elegance and lavish flavors. The Cabernet Sauvignon characteristics of robust tannins that support its full-bodied structure, and lively, fruity bouquet make this wine variety a winner every time. It is known for its deep red color and impressively high alcohol content. It seduces all your senses and the range of heavenly flavors on the palate ensures that this red wine is never forgotten.

The grapes on the Sauvignon Cabernet vine are small and have thick, tough skins. This is one of the reasons why this varietal is so resilient and relatively easy to grow.

From Bordeaux in France to California, and many other countries around the world, Cabernet Sauvignon has grown in popularity to become one of the most famous red wines to be found around the globe.

What Color Is Cabernet Sauvignon?

The tiny, tough-skinned purple berries produce the characteristic Cabernet Sauvignon color. When the wine is young, the wine quite opaque while presenting as a deep ruby shade of red with a magenta edge on the rim. As the wine ages, it becomes a purplish-brown color with orange hints.

The intensity of the color of Cabernet Sauvignon can vary depending on the winemaking techniques and the region in which the grapes were grown. Cool region Cabernets may contain less pigmentation and appear paler than their warm region cousins. However, clever manipulation by leaving the skins to soak in the wine for a long time can allow the color of the paler varieties to deepen.

The finer the quality of the Cabernet Sauvignon, the longer it takes for the wine to age and reveal the brownish, orange hues. This can take up to twelve years for some red wines of this type.

What Does Cabernet Sauvignon Mean?

Because the origin of the Cabernet Sauvignon grape is shrouded in mystery, there is much folklore surrounding the meaning of the name. The most commonly accepted story is that Sauvignon comes from the French word “Sauvage” which means wild. Some also claim that this grape varietal was used to make wine in Ancient Rome, while others say that it originated in the Rioja region of Spain.

How To Pronounce Cabernet Sauvignon?

The correct Cabernet Sauvignon pronunciation is:

It is important to note where the accent falls i.e. on the first syllable of each word. The French pronunciation of this wine is not easy, but the popularity of this wine around the world means that it has become part of common language usage. Wine snobs will not forgive you for pronouncing the name incorrectly, so make the effort to practice the correct way to say it. There are many helpful videos online to support your learning of the correct way to say the name of this wine. Soon you will be talking about it and ordering this delicious drink from the wine menu with confidence.

Where Does Cabernet Sauvignon Come From?

It is widely believed that the Cabernet Sauvignon grape originated in France. In particular, the winemakers of Bordeaux embraced this wonderfully, resilient grape, and made this wine their own.  Bordeaux is considered to be the best terroir for these grapes and the Cabernet Sauvignon wines made there are by far the most intensely flavored and superior red wines. By experimenting with aging techniques, they found that the high levels of tannins in the wine made it particularly well suited to oak aging.

It was only in 1996 that DNA testing by wine researchers confirmed that Cabernet Sauvignon is the offspring from the natural cross-breeding that occurred between Cabernet Franc and Sauvignon Blanc.

Italian winegrowers discovered that Tuscany is also a favorable region for the growth of this grape variety. Chianti has become famous for producing top-quality Cabernet Sauvignon, as is Bolzano in the Alto Adige region where the temperature and volcanic soils are ideal.

When Cabernet Sauvignon vines were transported to California, they found the Napa and Sonoma Valley were perfect for creating this type of red wine with firm tannins. This led to an explosion of boutique wineries in the area that was needed to meet the growing demands for this Cabernet Sauvignon.

The Barossa Valley in Australia produces richly flavored, peppery-tasting Cabernet Sauvignons that have met with an appreciative audience of red wine lovers on the far side of the world.

So, it is fair to say that Cabernet Sauvignon has become a global wine with mass appeal due to its wonderful flavors and impeccable aging potential.

What Kind of Wine Is Cabernet Sauvignon?

This is undeniably the most famous red wine in the world. While it tends to take on some differing characteristics depending on the terroir in which it is grown, the characteristics of this red wine remain consistent and red wine lovers know that they will be getting a full-bodied wine with firm tannins and a wide range of aromas and flavors to savor.

Is Cabernet Sauvignon Dry or Sweet?

The cool region Cabernet Sauvignon taste has the unmistakable aromas and flavors of Alpine woods in the spring. With hints of alpine herbs, wild ripe berries, and the graphite from the mountains, you are in for a taste extravaganza. Cabernet Sauvignon aromas also include cedar, tobacco, and cherries. On the palate, you can expect green bell pepper, anise, and licorice. As this wine matures, you can expect the Cabernet Sauvignon flavor profile to become more sophisticated with spicy hints and creamy balsamic smoothness.

Cabernet Sauvignon tasting notes will always talk of the high acidity, tannins, and fruit-forward complexity of this wine. The predominance of black fruits such as black cherries, blackcurrants, and blackberries ensure the strong structure of this wine.

New World Cabernet Sauvignons will have basically the same fruit palate, but may have lower tannin levels and will include hints of vanilla and violets, and a higher alcohol content.

How to Serve Cabernet Sauvignon?

Always serve Cabernet Sauvignon in large glasses that allow the unique aromas to funnel up to the nose.

How Long Should Cabernet Sauvignon Breathe?

Ideally, Cabernet Sauvignon should be allowed to breathe for at least 30 minutes before serving. Exposure to air is essential to release the aromas and flavors that have been held captive in the bottle for some time. Decanting the wine is a good way to give maximum exposure to the air, and then pour the wine from a small height above the glass to include even more air. The wine will reward you for making this effort by making it a delightful drinking experience from the first sip!

What Food to Pair With Cabernet Sauvignon?

If you are knowledgeable about food and wine pairings, you will understand that it is important to know the characteristics of the wine you are planning to serve so that it can be perfectly paired with a food type. A basic rule to remember when pairing Cabernet Sauvignon with food is that the creamier, richer, and fattier the food, the better it will pair with this full-bodied, fruity wine. It is probably not the best red wine for those who are being initiated into the joys of drinking red wine, but it will enhance the flavors of bold cuisines.

The first food type that comes to mind when considering Cabernet Sauvignon food pairing is red meat. It is well known that this is an ideal match. Think about serving a glass of this red wine with a juicy steak or a plump beef burger. Drinking this with barbequed meat in summer is lovely, but served with hearty warming meals like a braised beef casserole, roast lamb, and roasted vegetables in winter is actually good for the soul.

The reason Cabernet Sauvignon pairs so well with hearty meat flavors is that the wine has such an intense flavor profile and lighter foods types like salad will seem tasteless next to this bold wine. Choose your vegetable dishes with care, but remember there are some strongly flavored veg out there like Portobello mushrooms, beetroot, and celeriac, etc. that will be divine if they have been cooked in balsamic vinegar to embolden their flavors. Vegetables stuffed with garlic, rosemary and thyme will also be hearty enough to complement this strong red wine.

Because Cabernet Sauvignon has the characteristic green bell pepper spiciness in its flavors, as well as tobacco, cherries, and oak, it works well with heavier meals. While it can be enjoyed on its own of course, if that is your choice, many people find that it can be a bit overwhelming and the high alcohol content will hit the stomach rather hard.

Cabernet Sauvignon cheese pairing is relatively easy, and a cheeseboard loaded with sharp, hard cheeses will round off a meal perfectly. Soft, creamy cheeses are not the best choice because the Cabernet Sauvignon will probably dilute the flavors, but bring on the aged Cheddar, Gorgonzola, or Gouda served with some tasty crackers and you will not be disappointed.

How Much Alcohol Does Cabernet Sauvignon Have?

This rich, full-bodied red wine with its characteristic dark color is going to be heavy on the alcohol levels. Cabernet Sauvignon alcohol content is usually around 13.5% ABV, but the New World Cabernet Sauvignons from California, Chile, and Australia have been known to tip the scales at a hefty 15% ABV! It is advisable to drink this wine responsibly and preferably paired with complementary food, as it can be a little overpowering on an empty stomach.

How Many Calories Are There in Cabernet Sauvignon?

Typically, the carbs in Cabernet Sauvignon are 0.8 g in an average glass. There are about 120 calories in a glass of this red wine which means that the calorie count is on the low side. There are on average about 600 calories in a full, 750 ml bottle.

Few wines on Earth can compare with Cabernet Sauvignon for depth of flavor and aromas. For this reason, it is the most well-known and beloved red wine known to man. It can come in slightly different variations, such as the cool variety from France and the warmer types from New World countries like South Africa, Chile, and Australia. But despite the wide range of regions, you know what to expect when you open a bottle of Cabernet Sauvignon. You are guaranteed a full-bodied, black fruit-flavored wine with a punch that will knock your socks off. It is the perfect accompaniment to many types of meat, vegetables, and cheese, and it is also delightful to sip in front of the fire on a cold, winter evening. Versatile, vibrant, and very, very good – that’s Cabernet Sauvignon in a glass! 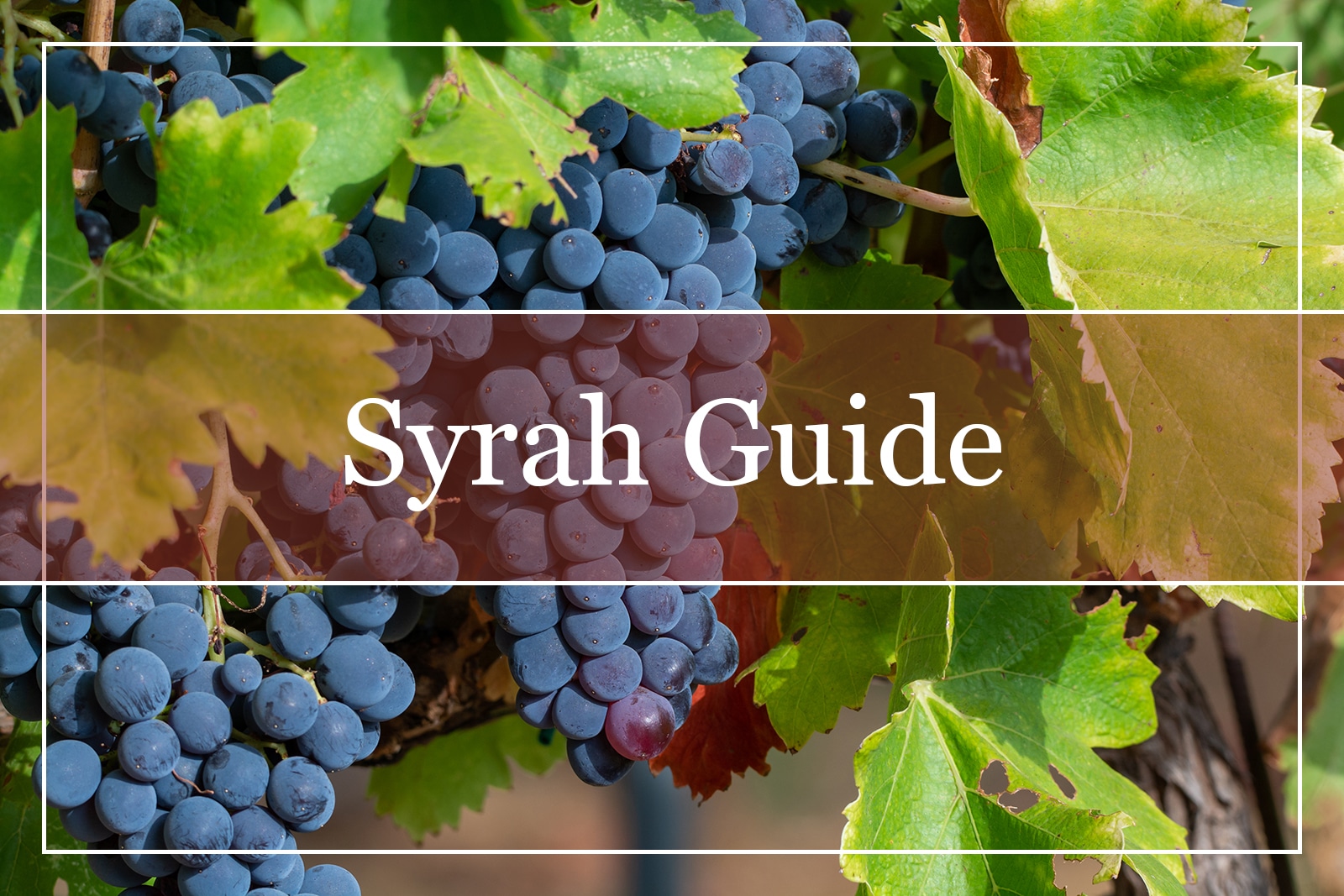 Your Essential Guide to Syrah Wine 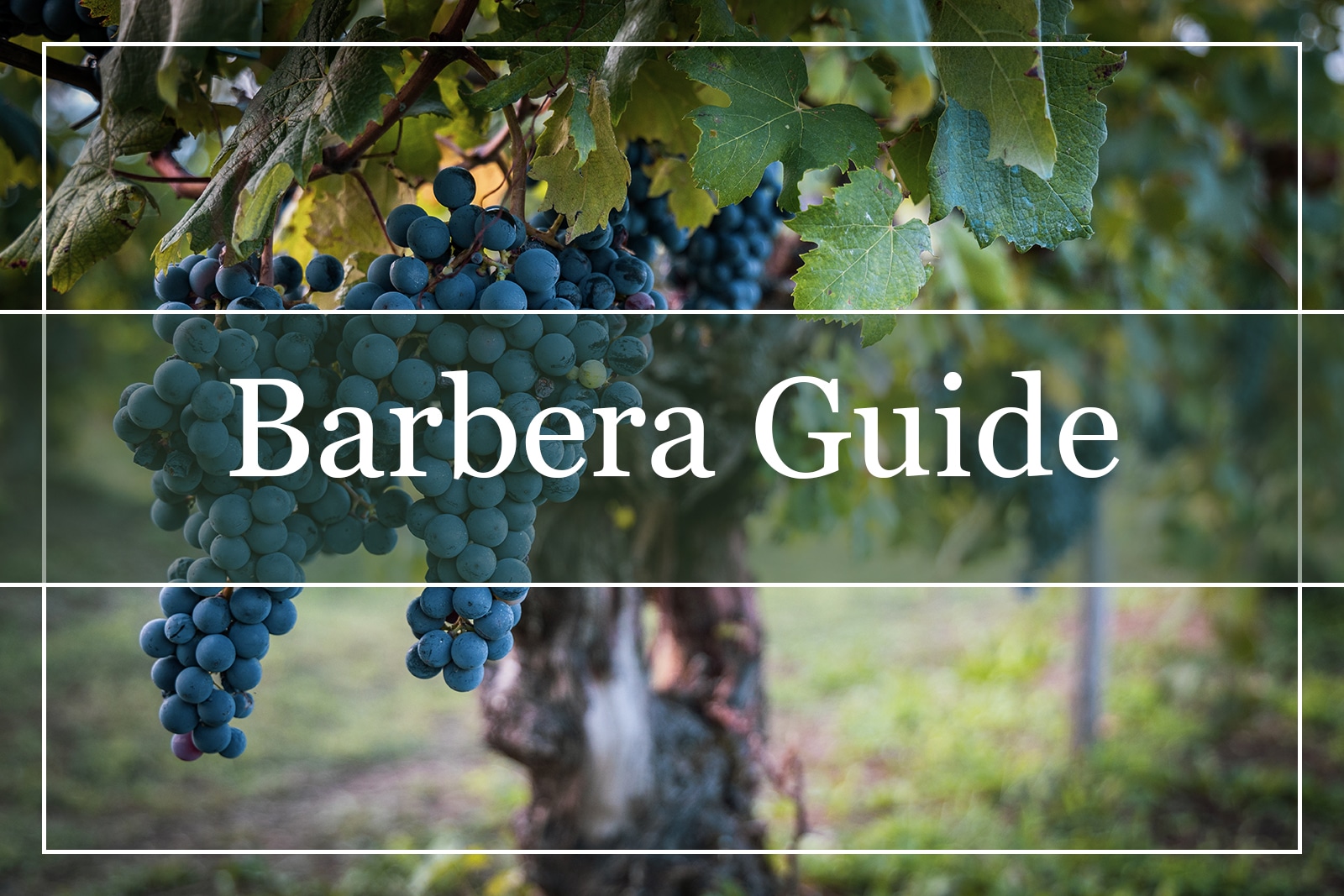 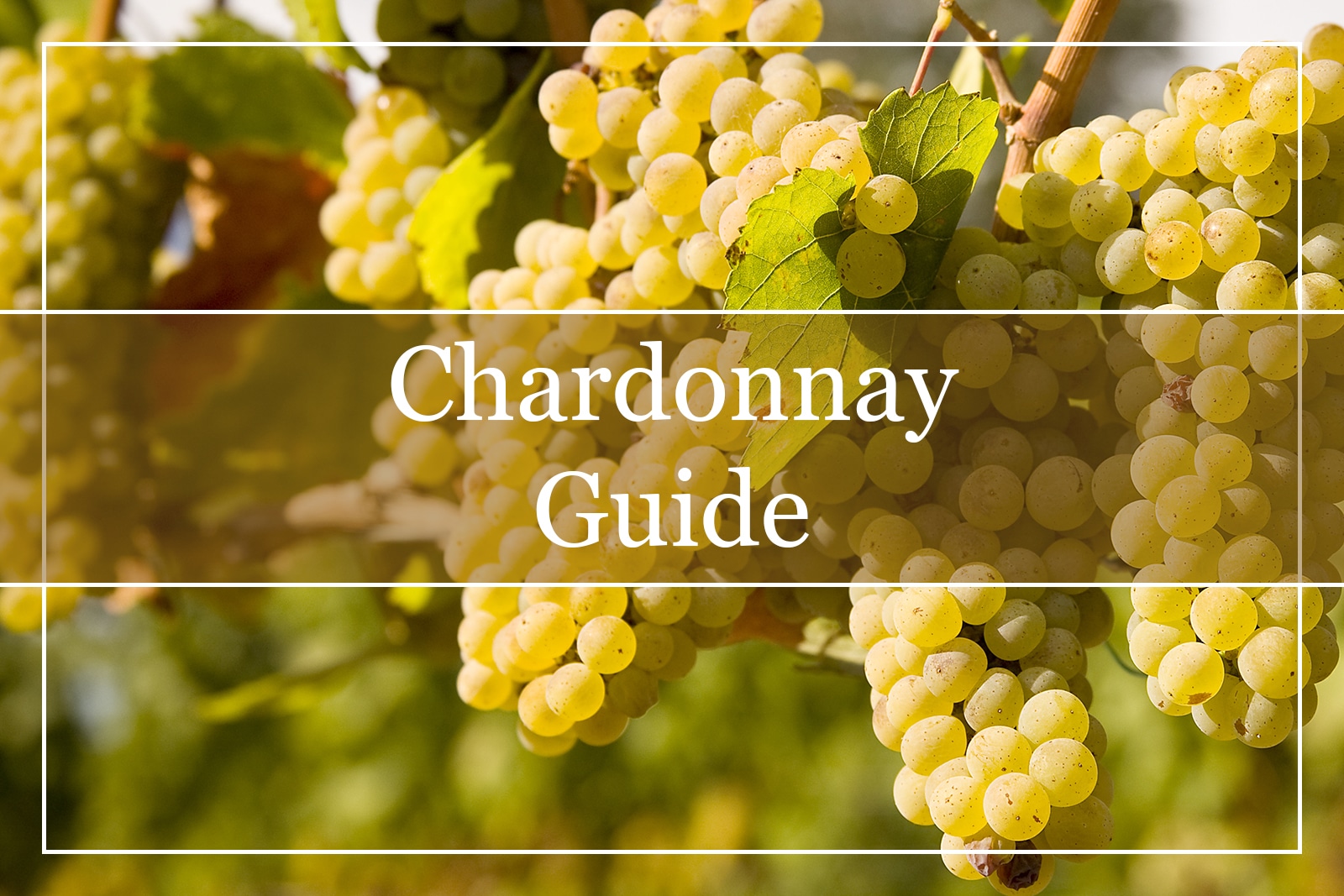 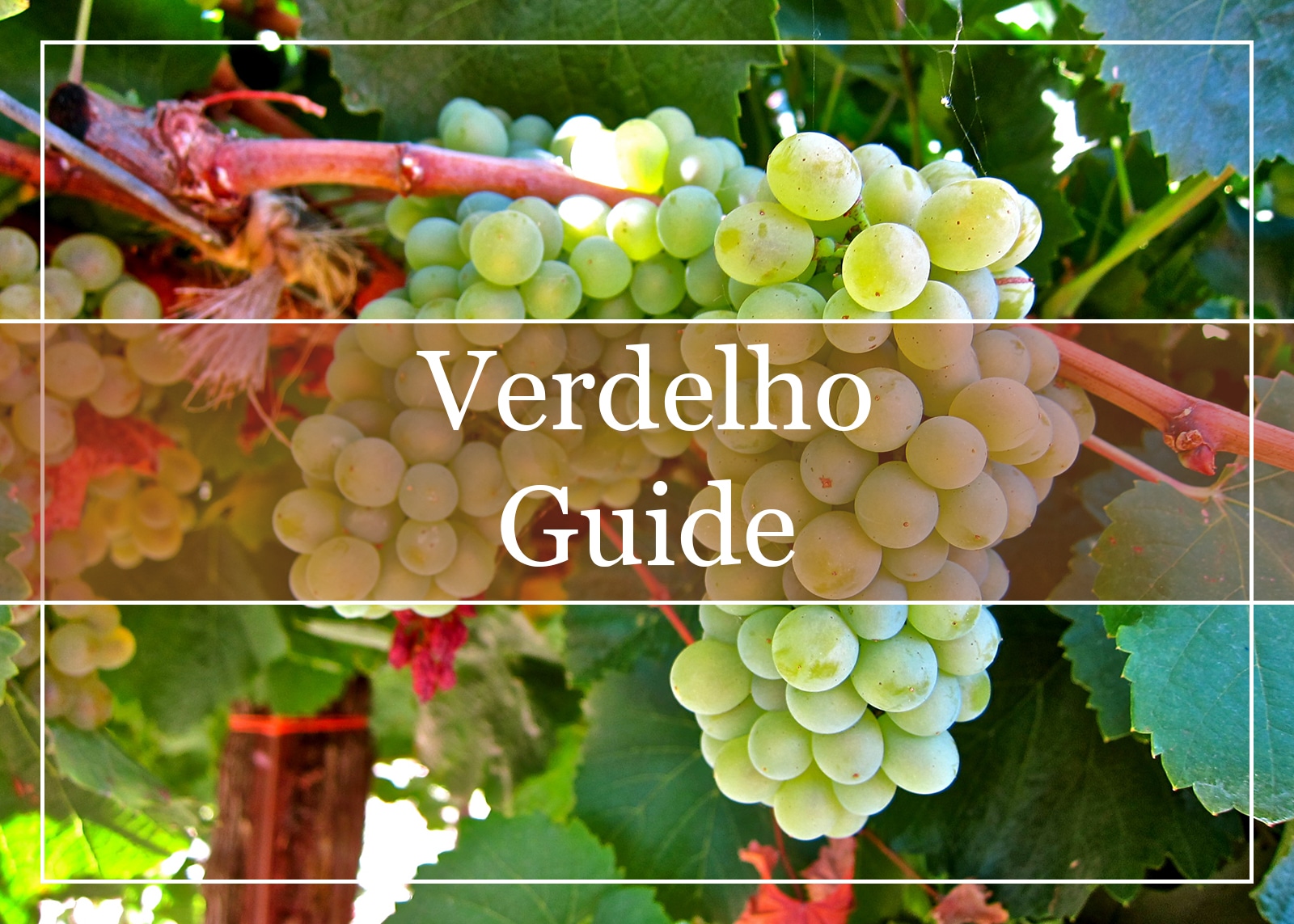 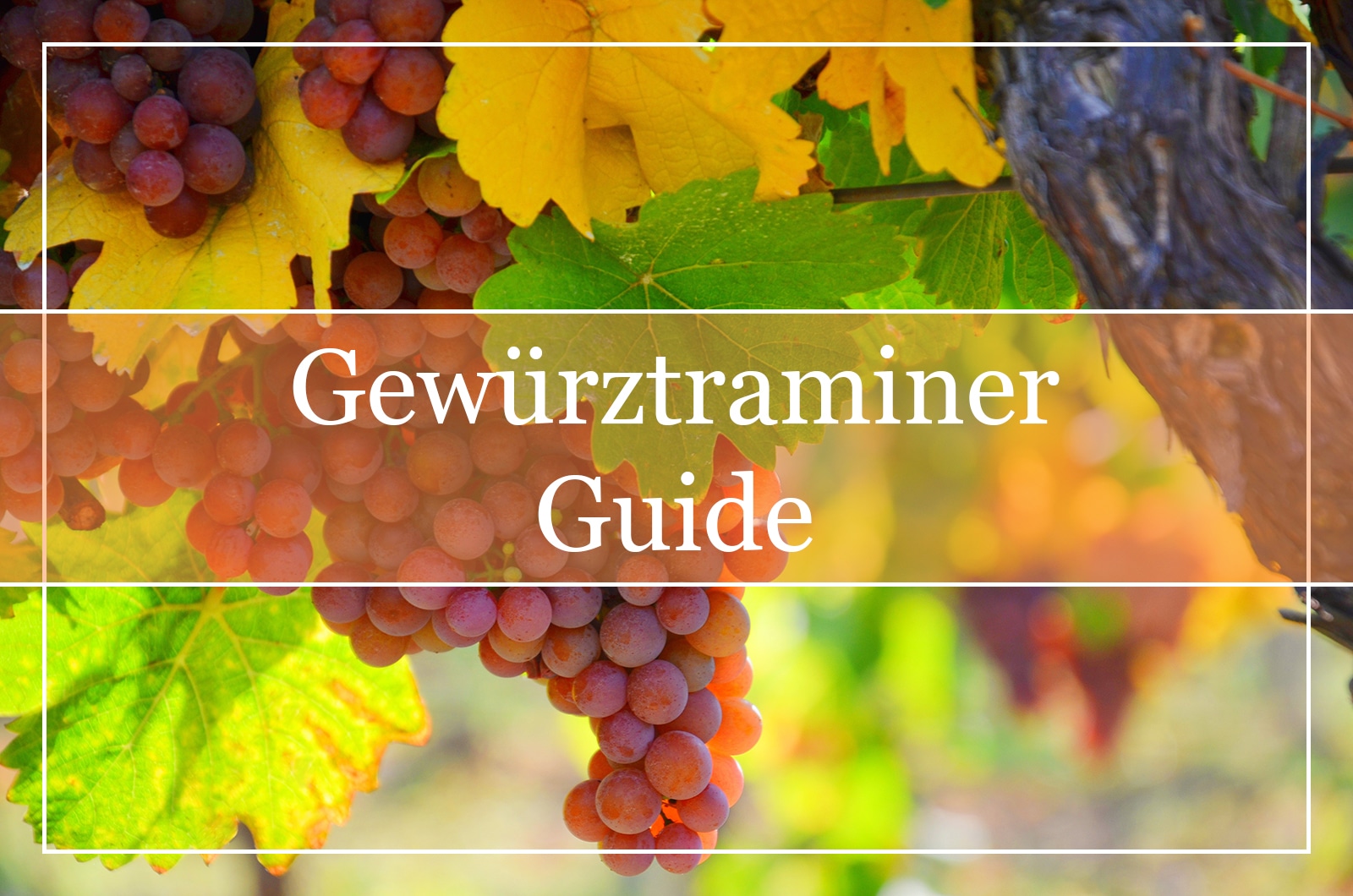