If you are a wine aficionado, or simply enjoy sipping wine, you have to visit these wine museums.

Ranging from state-of-the-art, to picturesque and eccentric, these obscure foundations guarantee to take you on an amazing journey to underground caves, magnificent castles, and centuries-old manors as they celebrate their wine heritage.

Keep reading to discover some of the world’s most fascinating and complex wine museums that keep the secrets of winemaking alive:

With a grand opening in 2016, California’s Wineseum boasts 9 immense galleries featuring “immersive and interactive exhibits” about the American wine industry. The Wineseum has a mission to “preserve and exhibit” the wine heritage of California, the heart of the US wine industry, and educate wine enthusiasts about sustainable and considerate grape growing. At the same time, the museum aims to create “sensory experiences” and increase food and wine appreciation among visitors.

Speaking of visitors, those who frequent the Wineseum are offered the opportunity to taste a selection of high-quality California wines and participate in tutored classes, where they can hone their wine tasting skills. In addition, the Wineseum also serves as a hub for wine-related forums, classes, seminars, and lectures on viticulture.

Responsible for the museum’s vast collection, which features over 1,000 wine artifacts, is Jim McCormick, an antique dealer, long-time collector, and wine specialist. Specifically, visitors may admire traditional harvest baskets, vintage wine bottles, period advertising, and vintage corkscrews, among others. At least 50,000 tourists visit the museum every year. As such, if you are a wine lover and find yourself in California, do not miss out, and make sure to visit Wineseum!

Located on wind-drenched Santorini of the Cyclades Island group in the Aegean Sea, the Koutsoyannopoulos Wine Museum lies inside an underground natural cave.

To fund and build the museum, it took the Koutsoyannopoulos family 21 years. The founding of the museum was a labor of dedication and love by the family.

Visitors taking the wine tour glimpse at the life of Greek vine growers in Santorini with the help of an audio guide, available in 14 different languages, and admire the collection of wine-related artifacts.

Santorini is distinctive as a winemaking region. Firstly, it is one of the rare areas in Europe that remained unaffected by the phylloxera insect pest that devastated the European vineyards in the 19th Century. And secondly, it is a volcanic island, meaning that the soil contains volcanic compounds and ash. Therefore, local grape growers cultivate vines on volcanic terroir, which is unique.

Furthermore, Santorini, like most islands of the Cyclades, is windy. So, producers do not have an easy time growing grape. However, in the 1600s, when wine was first produced on the island, growers discovered a bizarre training method. To protect the vines from the wind, they started training them as baskets. In this way, the grapes began growing on the inside of the baskets. The leaf canopy on the outside of the basket protected the fruit from the winds. Thus, the Greek producers could pick the grapes safely without losing much of the harvest.

During the tour, wine enthusiasts will peruse winemaking machinery and tools that will take them back in time, to another era. After the tour, they can taste 4 domestic wines produced by the Koutsoyannopoulos Winery in a designated tasting room.

As a side note, the Koutsoyannopoulos Wine Museum is not the only wine museum in Greece. There is a magnificent one in Northern Attica that we are going to explore a bit later in this article.

Housed in a magnificent structure built by Irish merchant Francis Burke in 1720, the Bordeaux Wine and Trade Museum served as a wine warehouse.

It started welcoming visitors in 2008 with the assistance of Bordeaux Historia Vini. The museum has 3 semi-underground cellars and exhibits an immense collection of wine-related objects and documents analyzing Bordeaux’s evolution in the wine trade from the Middle Ages to the present day.

As expected, the museum also houses records documenting the classifications of 1855 for Médoc and Sauternes, the 1953 classification for Graves, and the 1955 Saint-Émilion classification. Apart from admiring the wine-related memorabilia, visitors have the chance to participate in wine tastings, as well.

One of the oldest wine museums, the Lungarotti Museum, opened in 1974 and celebrates the culture, arts, and wine tradition of Umbria. Designed and built by George and Maria Grazia Lungarotti, the impressive building is located in Palazzo Graziani Baglioni, in the middle of Torgiano, a medieval province.

As a classic wine museum, it houses wine-related artifacts documenting the region’s viticultural heritage. “It is the mysterious charm of the myth of Dionysus and the complex system of symbols and meanings that wine plays in the course of the centuries, the narrative thread that guides visitors through the impressive collections of the Museum of Wine,” emphasizes the museum.

As part of a complex, visitors can participate in tutored classes on viticulture, wine tastings and visit a working vineyard.

A relatively new museum, the Barolo Wine Museum, opened to the public in 2010. It is considered one of the most innovative wine museums in Italy and one of the most important in the world. Housed inside a castle with a history of over 1000 years, the Barolo Wine Museum lies within a prestigious winemaking region: Piedmont. On top of that, it has been named after the main attraction, the famed Barolo wines.

“I have visited several museums dedicated to wine in the world, but none of them told of wine’s extraordinary cultural dimensions,” said designer François Confino, the creator of Barolo Wine Museum. In addition, Confino describes his museum as “an interactive voyage through culture and wine traditions.”

In general, the Barolo Wine Museum aims to show to visitors how wine has defined and influenced civilization and shaped regions, communes, and territories. Guests begin their tour on the first floor and end semi-underground in the cellars of the Falletti Castle.

One of the few wine museums in the Balkans, the Pleven Wine Museum in Bulgaria is iconic. Founded in 2008 and located inside the caves of the Park Kaylaka, this museum is home to the first Vocational Viniculture School in Bulgaria, which opened in 1890.

Relatively unknown to the uninitiated, Pleven is one of the major wine hubs in Bulgaria and the world. The museum cave is carved into a cross-shape and has a tasting room, historical artifacts, and at least 6000 wine bottles from various winemaking regions. Most of these wines are between 30 and 100 years of age. The Pleven Wine Museum has ideal conditions for long-term storage and bottle aging, such as temperatures that do not fluctuate, humidity, and a harmonic ambiance.

The Vivanco Museum was opened in 2004 by Spanish King Juan Carlos I. Located in Rioja, Spain’s iconic winemaking region, the museum spans over six huge rooms. It houses collections of the Vivanco family, including farming tools, centuries-old vessels, works of art, and audiovisual services for tourists eager to learn more about the history of the Spanish wine industry.

“4000 square meters and six rooms, one exterior, devoted to valuing the relationship between man and wine over 8,000 years of history. All with a single goal: to educate, teach, spread, and interact with wine as a civilizing element. And all of it from experience, sensitivity, respect, and innovation,” promises the museum.

Undoubtedly, the main appeal of the Vivanco Museum is the Rioja wine. As such, visitors have the chance to admire a vast collection of youthful or aged Riojas, stimulating Viuras, or vibrant blends of Tempranillo and red and white Garnacha (Grenache).

Outside, guests may visit the Garden of Bacchus (i.e., Roman/Greek God of Wine and Celebration), home to a vineyard featuring more than 220 distinctive international grape varieties. Further, wine enthusiasts can participate in organized wine tastings at the Wine Shop of the museum or specialized establishments across Spain.

One of the most expensive museums ever built, the Cité des Civilisations du Vin is the apple of Bordeaux’s eye. Innovative beyond comparison, expressive, and boasting a state-of-the-art design, this wine museum is probably the most intriguing of them all featured in this list.

This complex museum has a wine exhibition of some of the finest Bordeaux wines, an art gallery, cultural space, and it even hosts theatrical plays related to wine. The total project cost €81.1m in total, with the Cité des Civilisations du Vin opening to the public in 2016.

As expected, there are many wine tasting events, tasting workshops, and events, as well as a selection of wine cellars, wine bars, and restaurants. In other words, it is the perfect place to be when wine touring in Bordeaux!

Dedicated to showcasing the vast Port wine industry and how the wine trade has influenced Porto city, the Port Wine Museum is significant to the history of wine.

Located inside Century Cais Novo warehouse, the 18th Century-old building was once used to stock wines for the General Company of Agriculture of the Alto Douro Vineyards. However, today, it lets wine fans pay homage to the country’s largest exported commodity: Port.

Antique pieces related to wine production and transportation are also available to marvel at. Port bottles over 200 years old, ancient wardrobes of the wine producers, transport ships of Douro, and vintage labels are on display, too. In this way, guests can explore the heritage and development of Portugal, too. And if you are a bit lucky, you might even warm yourself up with a bit of an authentic Port.

The Macau Wine Museum can be found in Macau, a tiny peninsula in mainland China and a former Portuguese colony.

Divided into three areas, the Macau Wine Museum focuses on the history of wine in China. It also features a wine cellar and interesting exhibitions using texts, pictures, and maps.

The most memorable feature of the museum are the mannequins, which are dressed in traditional Portuguese costumes. A pure spectacle!

As a bonus, we decided to take you on another wine trip to Greece. This time in Attica, the largest suburb of the capital Athens. There, you may find the Wine Museum Costa Lazaridi, which honors the grapevine and its deriving products.

The exhibits date as far back as the 17th Century. That is super impressive but also reasonable, considering Greece has a substantial history in winemaking. Visitors are given audiovisual support materials in their effort to discover the history of viticulture as well as wine distillation and balsamic vinegar production.

We hope you enjoyed your trip throughout the history of wine.

Sure, it is not possible to visit them all in one go. However, considering that nearly every one of these museums is part of a popular tourism destination, you might as well explore most of them eventually.

Take a wine glass out of the cabinet, pour in your favorite wine, have a sip, and plan your journey to your first wine museum! 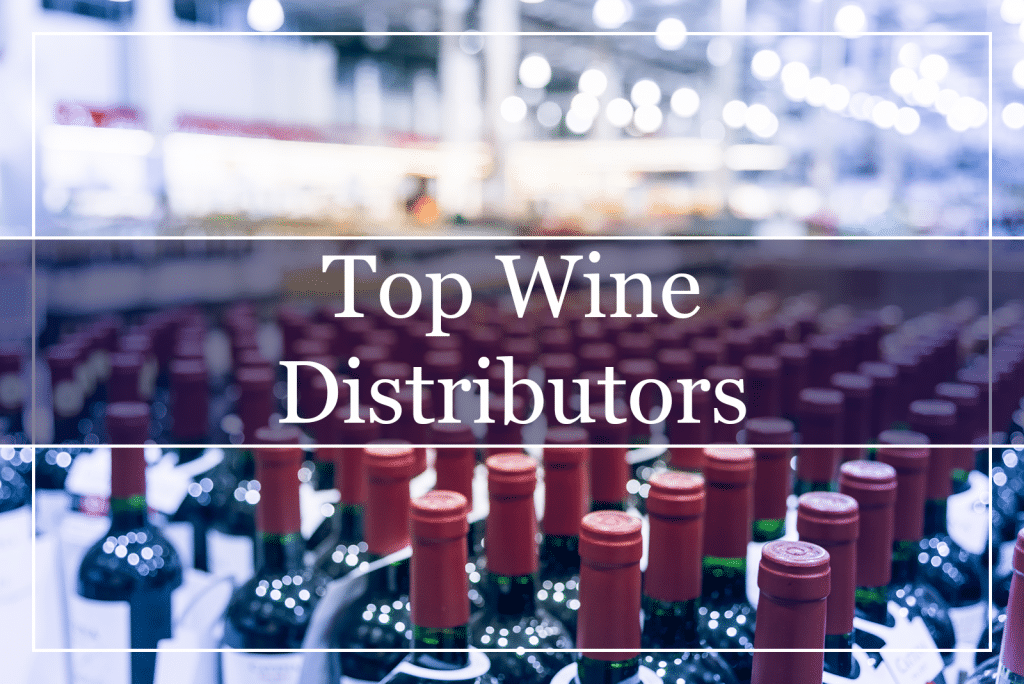 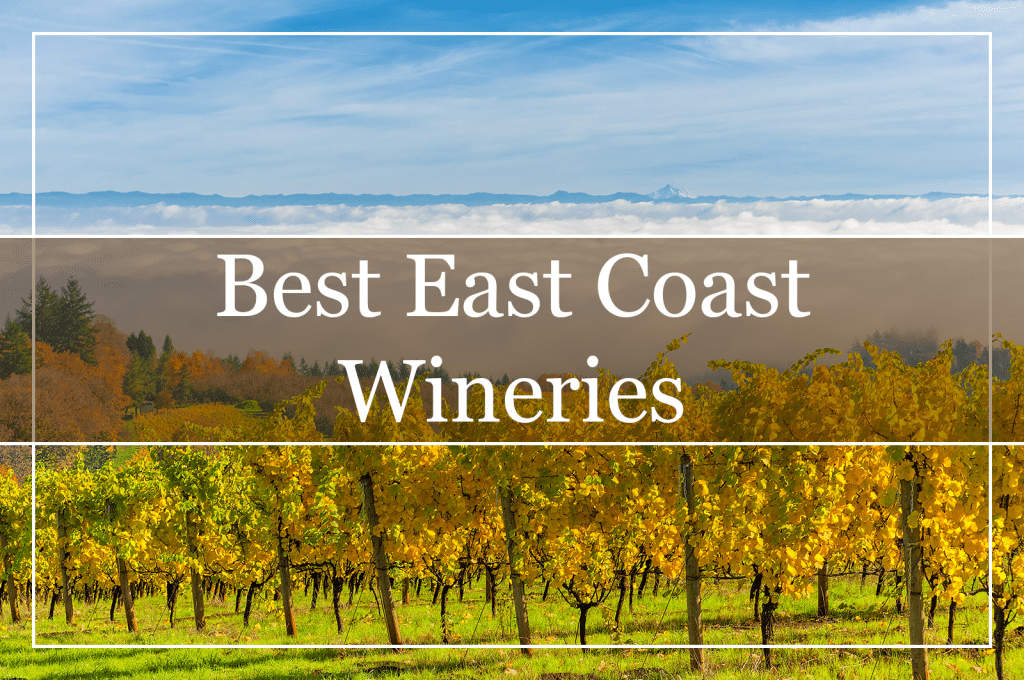 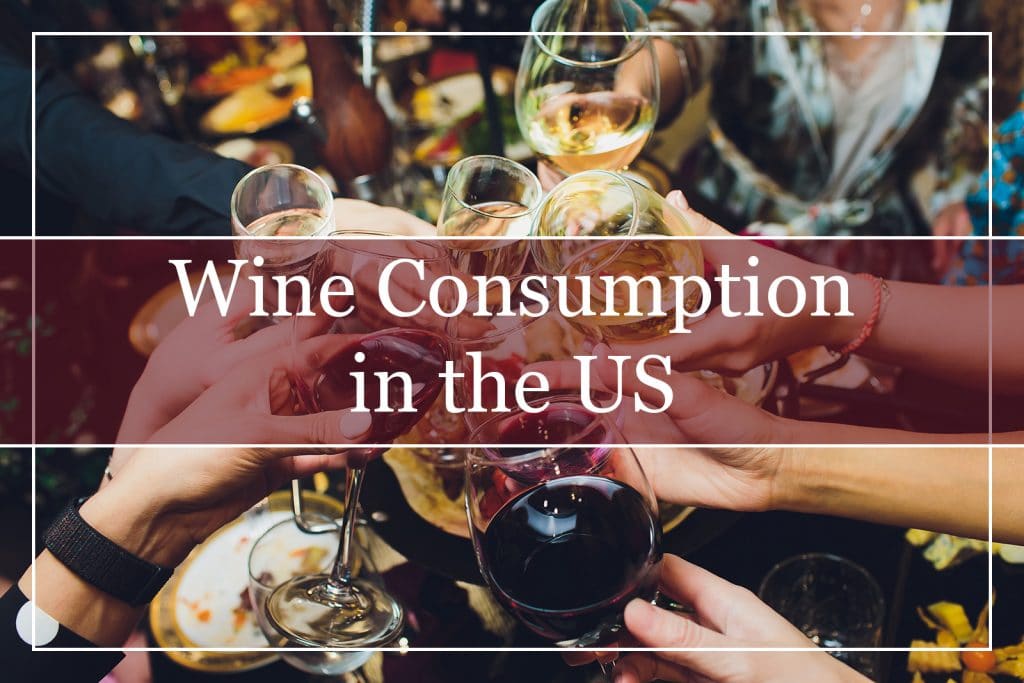